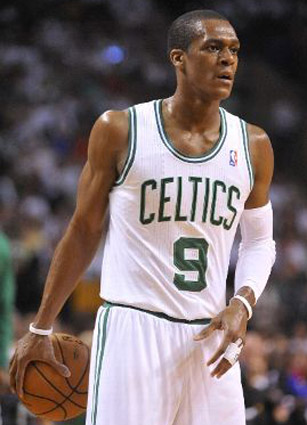 The Boston Celtics started off fast, plateaued for a bit, then grinded out the final six minutes to create separation and emerge with the victory. This has been their strategy all year, all series. Whether in mid-February or Game 7 of the Eastern Conference Semifinals, Boston’s approach and execution has been the same. This is what they do.

If Philly was ever going to have a chance to steal Game 7, this was it. The Celtics were without Avery Bradley, had a half-healthy (if that) Ray Allen, and lost Paul Pierce late in the fourth quarter. For three-and-a-half quarters, Andre Iguodala, Elton Brand, Jrue Holiday and Co. had an answer for every Boston bucket, and it appeared their clawing and scratching would eventually catch up with the seemingly deteriorating Celtics. The Sixers just wouldn’t go away — down three points with a little over four minutes remaining, and with Pierce out of the game, all Philly needed was a few buckets and some stops to advance. The stage was set. Holiday best summed up the Sixers’ mindset at that point, saying postgame, “Pierce went out and I know me, personally, I’m thinking, ‘Let’s go!’”

The thing is, Jrue, in reality the Celtics didn’t need Bradley, Allen, or even Pierce. All they

really needed was a stone-cold killer, someone fearless and myopic enough to realize that the last five minutes meant go time, meant win this game or my season, along with Kevin, Ray and Paul’s era in Boston, is officially over. In reality, all they needed was Rajon Rondo.

As Pierce said after the game, down the stretch Rondo just “did what needed to do.”

Did what he “needed to do”? How about posting his ninth career triple-double (his second of the series), joining Jerry West, Larry Bird, James Worthy, Scottie Pippen and Russell Westbrook as the only players in NBA history to post a 3×2 in a Game 7? Oh. Nah.

Rondo finished with 18 points, 10 assists and 10 rebounds, and was undoubtedly the reason the Celtics won Game 7 and are now in the Final Four. In the early going, he played the role of quarterback, catalyzing Boston’s initial surge. And in crunch time, with the game up for grabs, he switched to the role of coroner, nailing in Philly’s coffin one possession at a time.

Boston jumped out to an early 10-2 lead, thanks to four assists and two rebounds from Rondo in the first three minutes. But behind Iguodala (18 points), Brand (15 points, 6 rebounds) and Holiday (15 points, 9 assists, 5 steals), the Sixers rallied and tied the game at 20 apiece heading into the second quarter.

In the second and third quarters, it was more of the same. Boston won the second, 21-13, then Philly rallied again to win the third, 19-14. Entering the final frame, the Celtics barely held onto a 55-52 lead.

Before I get too ahead of myself, let me concede that “rally” is not the most accurate word to describe what happened at any point during the game. As has been the case for most of the series, in terms of the ball going into the basket, this game was ugly. Boston shot just 36.7 percent over the first three quarters, and the Sixers shot just 35 percent from the field on the night. The teams combined for an abysmal 8-35 (23 percent) from 3-point range, with the Celtics missing their first 14 3-point attempts, tying a playoff record for most consecutive misses to start a game (2008 Utah Jazz). But Boston hit its next (and final) three treys, with Allen sinking two and Rondo burying one.

With 4:16 remaining in the fourth, the Celtics were barely in front, 71-68. Paul Pierce–who finished with 15 points and nine rebounds—drove into the paint, lost his balance, lowered his shoulder into Thaddeus Young and the officials blew the whistle. Charging, foul number six on Pierce. He was done for the night.

At that point, Rondo was just 3-10 with seven turnovers. But as I noted, he was myopic, oblivious to the past and only focusing on the goal at hand. If it wasn’t about the next four minutes, to Rondo it was irrelevant noise.

Rondo scored the next 9 points to turn a three-point advantage into a double-digit lead, effectively sending Philly into the offseason. The Celtics point guard first scored on a baseline drive, set up beautifully by a Kevin Garnett screen. Then he followed it up with a long 2-pointer with 2:47 left. Then he hit the aforementioned 3-pointer—his first trey in five games—with a little more than 2 minutes left to make it a 10-point game. After a quick Philly bucket, Rondo headed to the charity stripe to sink a pair of free throws and give Boston an 80-70 lead with 1:44 left.

And just like that, the coroner was finished. Rondo single-handedly put the city of Boston on his back, stuffing the stat sheet offensively, forcing Jrue Holiday into a 5-for-17 night defensively, and converting on clutch play after clutch play with the series on the line.

Rondo had 11 points in the fourth quarter and made all four of his free throws in crunch time. After Pierce fouled out, Rondo personally outscored the Sixers, 11-7. He also outrebounded them, 3-1. Assign Rondo any label you want; mercurial, selfish, introverted…whatever. Just make sure to include assassin.

In terms of history, according to Elias, the Celtics improved 21-7 all-time in Game 7s, the most such wins in NBA history. The 76ers, on the other hand, dropped to 6-9 all-time in Game 7s, the most such losses in NBA history. As for Rondo, he’s had this kind of impact several times over; when the aging Celtics fall into stretches of cluelessness and disorder, #9 comes to the rescue with a quick revival. Such a role is usually designated for Pierce, but at times like last night, Rondo has proven capable, too. He’s done it before, and if the Celtics plan on moving past the Miami Heat, he’ll have to do it again.

Looking ahead, Boston will need to quickly move past this series, with Game 1 against the Miami Heat scheduled for tomorrow night. With the Celtics banged up, and with the Heat looking as fresh and energized as ever (albeit Chris Bosh is still out), if Boston has any chance of winning its next series Rondo will have to be sensational for six or seven games. At times against Philly, he took games off and let Holiday embarrass him. That stuff won’t work against LeBron and Wade, who are averaging over 65 points combined over the last three games.

The Heat are younger, more athletic, and are playing with an enormous chip on their shoulder. Couple all that with Boston’s lack of depth, especially at the two-spot, and containing Miami’s stars—in particular Dwyane Wade—now becomes even harder. The Celtics went 3-1 against the Heat this year, however that is a skewed statistic, as Mario Chalmers is the only projected Game 1 starter to have started in all four games.

Last year, the Heat beat the Celtics in five games in the conference semifinals, and as we all know, the Championship-or-bust Celtics aren’t ones to forgive nor forget. Regardless of how it looks on paper, you can bet Boston will come out hell-bent on winning in South Beach.

After the game, Rondo exuded an unwavering confidence. “This year we’re a totally different team. We feel we can beat Miami,” he said. “We got to this point; there’s no doubt in my mind we can. We’ve got to go down there and take care of business.”

This is going to be great.