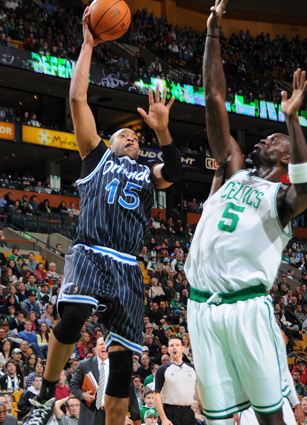 Let’s start this out by saying, yay Saints. Congratulations to the New Orleans Saints and their fans. I’m not a big football person, but of course I saw the game and yes, I got a little choked up when they showed the celebration afterwards. I suppose I was pulling for the Saints because they were the underdog and had a story I liked.

Because of the big game, the NBA had a very light schedule with just two games. Here in Toronto, the Raptors defeated the Kings, 115-104. And let me tell you, this girl, not a fan of 12 p.m. starts. We do a lot of 1 p.m. tip offs and even 12:30 p.m., but who knew that extra hour or half our would make such a difference.

When you’re used to settling into writing mode in the early evening, trying to get your pregame questions in during the scrums with the coaches pregame at that hour is just funny. Everyone is sort of in a haze trying to get focused and it feels ridiculously early. Only in sports, does 12 p.m. feel way too early to be getting underway.

While the Kings came out flat, they came back and put up a good fight against the Raptors before the fourth quarter collapse. Chris Bosh was awesome for the Raptors, finishing with 35 points on 14-for-18 field goals to go with 11 rebounds and five assists. Hedo Turkoglu played and wore the dreaded mask to protect the non-displaced fracture of his orbital bone and he scored 16 points as well. Andrea Bargnani had 22 and eight boards and Antoine Wright had a fantastic game off of the bench, playing some great D on Tyreke Evans and hitting six of his seven attempts from the floor.

For the Kings, Kevin Martin scored 24, Spencer Hawes had 13 points and 11 rebounds and Tyreke Evans had 11 points to go with nine assists. They also had a lot of energy –after the first quarter, when they came out sluggish as anything– and really seem to get on one another to play hard and get after it. It was fun watching them. They’re a young group, but they want it.

Tyreke Evans is something else. He’s big, he’s strong, smart, skilled. It’s seriously hard to believe that he is a rookie. From drawing fouls when shooting, to getting into the lane and either drawing fouls, being able to finish strong or kick out to an open teammate, he’s a handful. He’s also just kind of out there, doing what comes natural. You get the feeling that they’ve just let him go to see what he can do and that he hasn’t had a whole lot of structure yet. Exciting to think about, because the future’s bright for that one.

He was just really pleasant to watch. So young, yet so aware. So smooth, but so, so powerful. An interesting mix.

In Boston, the Magic pulled out the 96-89 victory over the Celtics in a come from behind victory after trailing by 11 at the half. It was a third quarter of disaster for Boston, as they gave up an 19-0 run to the Magic. Vince Carter and Dwight Howard led the way in the second half, each dropping in nine points in the third when Orlando made their move. While Boston kept it close down the stretch, Rashard Lewis sealed the game with a layup in the final minute.

Vince had 20 for the game while Dwight added 16 points and 13 rebounds. Rondo was solid in the loss for the Celtics, with 17 points, eight rebounds and nine assists. Paul Pierce played 30 minutes in his first game back and finished with 13 points. Kevin Garnett also scored 13 points and added nine rebounds.

Now, onto the performance of the weekend. In a victory against the Hornets, Russell Westbrook went off and showed everyone why he’s going to be on everyone’s radar next season. The guy scores 21 points, pulls down seven rebounds, dishes 10 assists and grabs eight steals. Yes, eight steals. Who puts up numbers like that? Chris Paul puts up numbers like that. Now, don’t think I’m comparing the two, I’m just saying, CP3 is the only other player to record eight assists in a single game this season. That’s pretty fun. Not bad company to be in, either.