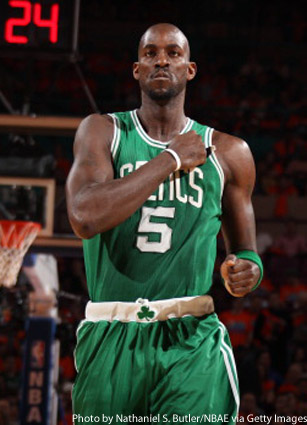 Following Thursday’s Game 3 loss to the Heat, Doug Collins said, “Miami is flying home Sunday after the game, and we want to fly with them.” The Sixers’ head coach got his wish, only after a Lou Williams go-ahead 3-pointer with eight seconds left in regulation. Williams’ three was a part of a 10-0 Sixers’ run to close out the game.

Heat fans surely had a sweep in mind as Miami held a 6-point lead with 95 seconds remaining in the fourth quarter. But a runner from Evan Turner followed by a clutch three-ball from Jrue Holiday cut the Heat lead down to 1. Williams then sank the deep three over Dwyane Wade to put Philly in front for good. The Heat had a chance to tie or go ahead, but an Elton Brand block on a LeBron James layup ended all hopes of a Miami win.

Andre Iguodala put forth his highest scoring output of the series with 16 points. He also added 5 rebounds and 4 assists. Evan Turner and Louis Williams chipped in 17 points apiece. The Heat’s “Big Three” combined for 65 points in this contest. All other Heat players combined for just 17. The fifth game in this series is Wednesday night in Miami. —Cris Jones

The Garden was rocking and the organ was blaring as the capacity crowd urged its Knicks back into the game. The Mecca was finally alive and New York had made it a fight by cutting a 23-point second half deficit down to just four with seven minutes left. Ultimately that’s as close as it would get, as the Celtics out-executed the Knicks down the stretch and held on for the 101-89 series clinching win.

Down the stretch, two pick-and-pop jumpers from KG pretty much sealed it for Boston. Garnett—who has been content to let others carry the scoring load—stepped up for a team high 26 points, 20 of which came in the second half. Rajon Rondo picked up right where he left off in game three, forcing the tempo, getting into paint at will and finding his teammates for clean looks. R-Double managed the game well for the C’s en route to 21 points, 12 assists and a complete ethering of Toney Douglas.

Abysmal point guard play was a big reason New York found themselves out of this one early. The team shot just 23 percent in the first half and played as if they were ready to call it a season. Out of nowhere, Anthony Carter led the charge for New York, stepping up to play tough defense and knock Boston out of its comfort zone. Carter led a 34-point third quarter surge and sparked a Knicks defense that had the Celtics settling for quick shots and little ball movement. Somewhere Mario Chalmers and DWade are taking notes.

In the end, after all of the questions surrounding Boston at the end of the regular season, the Celts are now the first team in the second round. Their Fantastic Four is playing with aplomb on both sides of the ball and their bench looks to be coming around as well. No doubt that Boston’s silencing of New York was heard loud and clear in South Beach.  —Jonathan Evans (@jre18)

In a game that went down to the wire, the Magic once again showed a glaring vulnerability in their offense when jump shots aren’t falling. In the first three games of the series, Orlando shot 40 percent from the field and 26 percent from three. The story was no different in Game 4, as the Magic connected on only 2 of 23 three-point attempts, while the Hawks made 6 of 15.

Jamal Crawford has been torching the Magic and scored 25 points on 10 of 18 field goals in Game 4. After the game, Van Gundy was adamant about coming up with a better defensive scheme on Crawford, but also admitted that usually not a lot can be done to contest a player who is able to create off the dribble from up to 30 feet away from the basket.

Van Gundy mentions that almost every player on the Magic roster is there because of his ability to shoot. Even when those shots aren’t falling, he says the Magic still must play to their strengths. “At this point in the season, you hit the Playoffs, it’s playing your game at a high level,” he said. “It’s not finding a new game—I don’t care who it is, what team in the league—you got to play your game at a high level. These guys need to make some shots.”

While the Magic hope to regain some shooting touch in time for Game 5, the Hawks are confident traveling to Orlando up 3-1 to face a team that they have now defeated in six of their last eight matchups. —Tracy Weissenberg

This is why they play the games. This is what it means to be a superstar.

With less than a :30 to go, protecting a two-point lead, a superstar brings the ball down against the defense of the two-time defending champ. He heads fiercely into traffic, elevates, then passes off to a teammate, who hits an off-balanced jumper to seal the game. That the teammate is an old homeboy from North Carolina only makes it sweeter, but the main thing is: a superstar never gets shook.

Chris Paul dropped a triple-double on the Lakers tonight, battling for rebounds against all those L.A. bigs and carrying the team down the stretch. Defensively, the Hornets got stops in the fourth quarter that you’re not supposed to get against a team with more talent at every position but that one. Trevor Ariza showed up again, battling the Mamba on D and picking up 19 points. The Hornet bench matched the Lakers bench, 18-18.

You have to wonder about the Lakers. No, I’m not saying they’re losing two of the next three at home, but who exactly provides the heart on this team? Pau fumbles slick Mamba passes in crunch time, and, by the way, only gets 11 shots per game. Derek Fisher played a little better, but still no huge shots. LO goes 1-7, perhaps tweets us why. What it came time for big game heroics, Kobe bricked that 3 after coming up lame in fouling Willie Green. This isn’t last year, when an upstart OKC, full of promise and length and the League’s leading scorer, took them to 7. This is CP3 and some scrappers, making a dogfight out of it. So far, the Lakers appear inconsistently focused, not fully committed to the dirty work of outworking their opponent. They better snap out of it, cause they seem a little old to be winning 6-7 game series for each round of the Playoffs.

One more thing: Imagine if New York had won even one game off of Boston. Now imagine if they won two and evened up. There’d be hysterics about the great superstar duo, how the Celtics were old and not the team that won the title three years ago, the conference last year. Then recognize: Directing a team without another big name, but with a coach and a collective team heartbeat very much in key with his own, after a tumultuous season and all that free-agent BS talk, Chris Paul just evened it up against the 2x champs. Whatever happens, remember this when you start kicking around the term “superstar.” —Toney Blare