JJ Redick sinks a buzzer-beater to top the Blazers, while the Cavs stumble against the Nets. 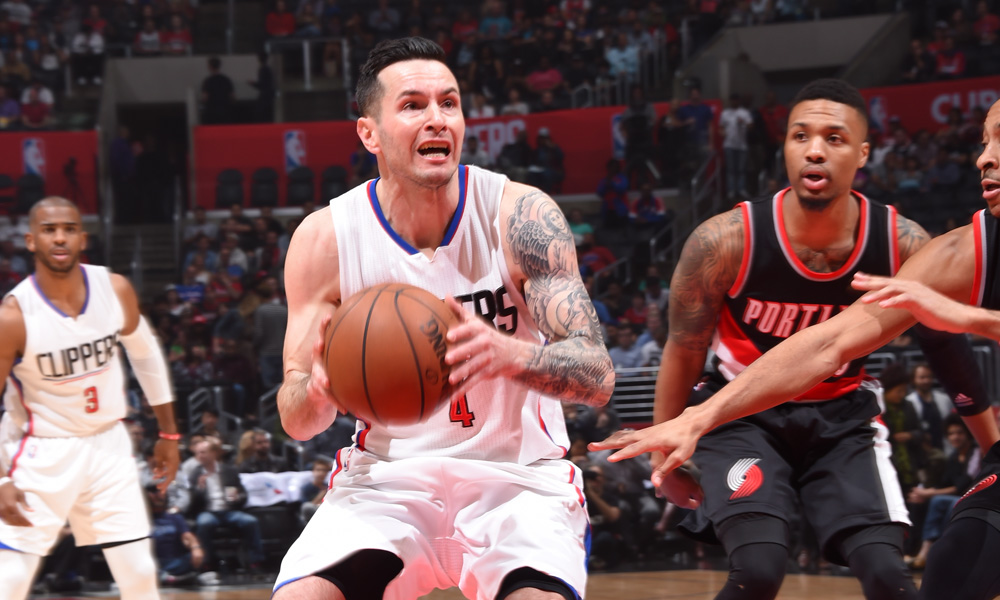 On his 20th birthday, Myles Turner scored 24 points and grabbed a career-best 16 rebounds as Indy defeated the severely undermanned Pels.

Brook Lopez finished with 22 points, passing Vince Carter for second on the Nets’ all-time scoring list, as Brooklyn finished the game on a 14-3 run to shock the Cavs.

When your team just scored 14 straight to beat the Cavs… https://t.co/wPvtbEAGFz

Carmelo Anthony led New York with 26 points while Kristaps Porzingis added 19 points and 10 boards as New York swept its home-and-home with Chicago. Jose Calderon and Derrick Williams connected on a 3/4-court alley-oop as the Knicks pulled away in the fourth.

Kevin Durant recorded his 57th straight game with at least 20 points as the Thunder picked up their sixth straight win.

In a potential first-round Playoff preview, Portland led by as many as 7 points in the fourth quarter, but JJ Redick nailed a jumper at the buzzer to stop L.A.’s three-game slide.