Post Up: Donny Buckets Goes off Against the Spurs 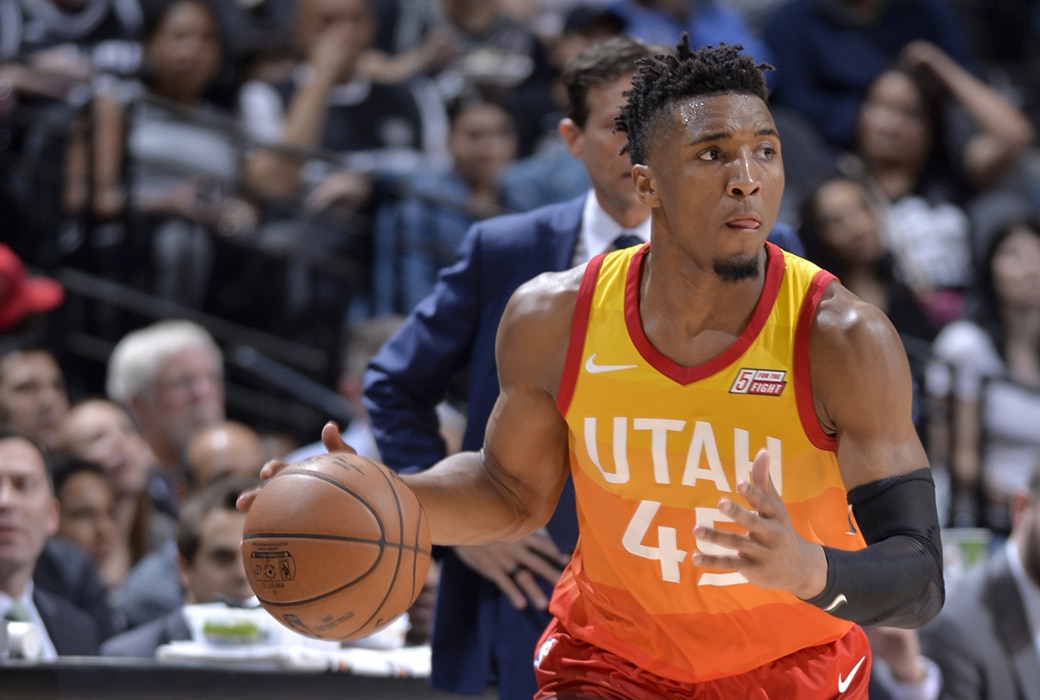 The Pacers went on a 9-0 run late in the fourth quarter to hold off the Clippers. Bojan Bogdnovic scored 28 points for Indiana.

Jamal Murray, Will Barton and Nikola Jokic combined for 73 points tonight. The Nuggets outscored the Wizards in the fourth quarter to hang on for the win.

The Cavs made their run in the second quarter, outscoring the Suns by 21 points. They had five players score at least 11 points and 12 of their 13 players scored at least 1 point.

Bron playing Madden out there. (via @nbatv) pic.twitter.com/sFIExjO04c

The Knicks stormed back from a 16-point deficit to take a 7-point lead in the second half. The Wolves regained control with a 14-5 run. Karl-Anthony Towns had 24 points and 13 rebounds.

Highlights from the night ⬇️ pic.twitter.com/o0gWKNwHaN

Brooklyn had control for most of the game, riding a 14-point lead. Kyle Lowry came up with a triple-double to lead the Raptors back.

Giannis Antetokounmpo sat out with a sprained right ankle so the Bucks’ bench scored 70 points. They also won even though the Bulls had 15 more rebounds.

Russell Westbrook decided he didn’t want to lose this game. 17 of his 29 points came in the fourth quarter. He rounded that out by grabbing 13 rebounds and dishing 8 assists.

The Brodie #WhyNot (via @NBAonTNT) pic.twitter.com/iqJFsGYJs5

Donvan Mitchell caught fire in the fourth quarter. He nailed three clutch shots to keep the Jazz alive, finishing with 35 points. But Utah couldn’t keep up on the boards, losing that battle by 15. And LaMarcus Aldridge dropped a career-high 45 points.

Marcus Morris was huge again for the Celtics. He stepped up to score a game-high 30 points with Jaylen Brown and Kyrie Irving sidelined with injuries. The Cs outscored the Blazers by 15 in the fourth quarter.

The Hawks had a 15-point lead in this game and the Dubs were able to overcome that deficit. But Stephen Curry suffered a left knee sprain in the fourth quarter.

Another injury for Steph. Can't catch a break. (via @ScottAgness) pic.twitter.com/D1KM3lbFxs