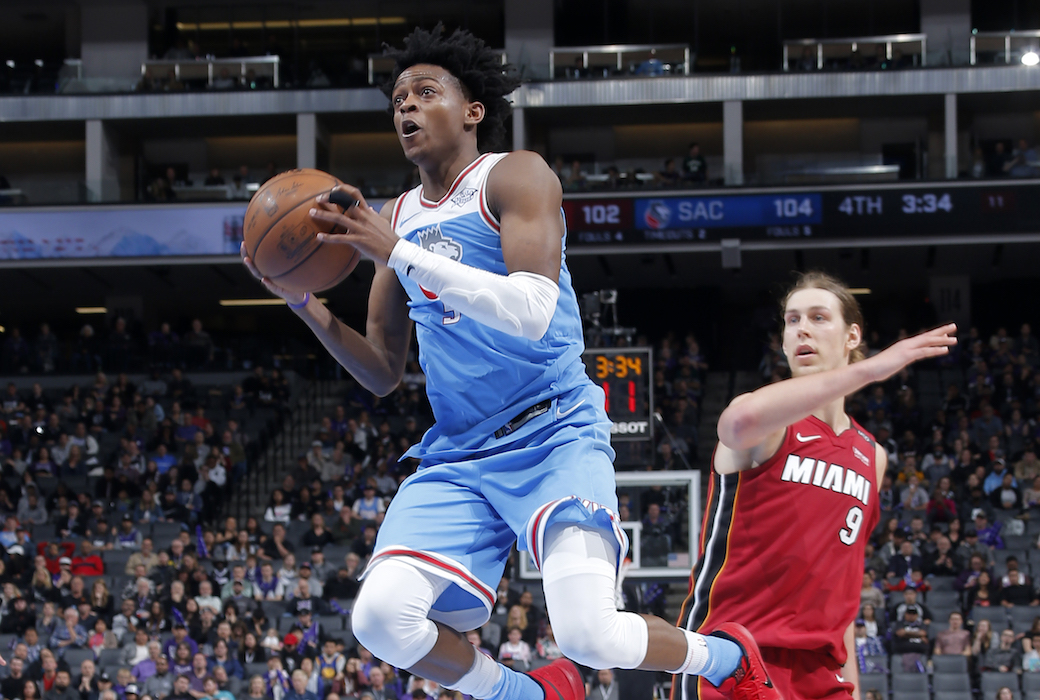 The Heat erased a 10-point deficit in the final five minutes of the fourth quarter and even went ahead by four, but De’Aaron Fox‘s buzzer-beater forced overtime as the Kings escaped with a win at home. Buddy Hield (24 points), Zach Randolph (22), and Fox (20) all scored 20-or-more to lead Sacramento. The Kings shot 51 percent overall. As for the Heat, Goran Dragic scored 33 points, while James Johnson had 18 points, 10 rebounds, and seven assists.

De’Aaron sends it to OT! pic.twitter.com/c7Mh3MNuHF

The Wizards needed two overtimes to beat a short-handed Celtics team, and did so in thrilling fashion. First, it was a game-tying three from Jodie Meeks with two seconds to go in regulation. Then, a missed free throw from Jayson Tatum at the end of the first overtime, and finally a Tatum miss at the buzzer to end the game. Bradley Beal played 47 minutes and went 14-27 from the field to score 34 points. He also had nine assists and seven rebounds. For the Celtics, Marcus Morris out-dueled his brother to the tune of 31 points and nine rebounds with four made threes. Boston was without Al Horford, Jaylen Brown, and Kyrie Irving, who all sat out with injuries.

THE 👌 SENDS IT TO OT! pic.twitter.com/J4PscXYRu8

Jonathon Simmons scored a career-high 35 points and D.J. Augustin had a season-high 32 to lead the Magic over the Bucks. Orlando jumped out to a 16-point lead after the first quarter behind a red-hot start from Augustin. Milwaukee fought back, however, and even took the lead late in the third quarter on an Eric Bledsoe layup. That’s when the Magic began a 14-0 run and never looked back. Giannis Antetokounmpo scored 38 points for the Bucks, who have now lost seven of their last 10 games.

Stephen Curry may be out with an ankle injury, but his teammates picked up the slack to earn a win on his birthday. Kevin Durant led the charge with 26 points as the Warriors shot 55 percent as a team and out-rebounded the Lakers 50-33. Julius Randle had 22 points and 10 rebounds to lead the Lakers. Golden State has now won eight straight home games.