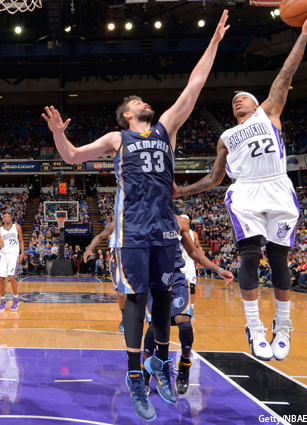 This game got off to a blazing (pun intended) start as Portland started 6-9 from the floor and Toronto made all 8 of their first attempts. Gay (30 points, 10 rebounds) and Valanciunas (19 points, 9 rebounds) were the initiators of their hot start, scoring 13 of the team’s first 17 points. The Blazers took a 57-54 lead into haltime, never really creating much separation. However, with a balanced attack from their starters, the Blazers went on an 11-4 run to take their first double-digit lead into the fourth quarter. After Damian Lillard (25 points, 8 assists) went on an 8-0 run of his own, Thomas Robinson finished off a Mo Williams (13 points, 7 assists, 5 rebounds) pass to extend Portland’s lead to 91-74 with 8:18 left in the game. They even held a 100-89 lead with 2:42 to go after a patented LaMarcus Aldridge (25 points, 11 rebounds) jump shot. Then came the turning point of regulation play as Toronto went on a quick 13-2 run, finished of by Gay layup to send this game into overtime. He might put up an excessive amount of shots, but you have to respect his ability to hit big shots. With six game-winning or tying shots in the final 10 seconds of fourth quarter or overtime these past four seasons, Gay now passes Carmelo Anthony for the most in the NBA. Even though Gay hit this big shot at home to add five more minutes of basketball, the Blazers quickly got their act together, going on a 14-2 run and claiming a sixth straight win. Terry Stotts has his team playing solid team basketball and moving the ball well. The Blazers are averaging 104.6 ppg, good for 8th in the League. As for the Raptors, until Dwane Casey finds a way to bring down Gay’s and DeRozan’s shot attempts (they combined to have 54 tonight), this offense won’t find its rhythm.

So far this season, Arco Aren—I mean, Sleep Train Arena has endured many losses but at least been entertained by their dominate, young center. Yet, on Sunday night, DeMarcus Cousins (9 points, 5 rebound, 4-11 shooting from the field), along with this rest of his fellow starters, looked pitiful from the get go. The Kings shot 32 percent from the field in the first half and let the Grizzlies continue to build their lead in the third quarter. Marc Gasol (19 points, 8 rebounds, 9 assists) led the way for the Grizzlies as Zach Randolph (22 points, 10 rebounds) had his third straight double-double. After Mike Conley (19 points, 9 assists) knocked down an uncontested 3-pointer, Mike Malone called a timeout and pulled all his starters—something he’s already had to do this season. Being led by Isaiah Thomas (15 points, 4 assists) and Travis Outlaw (18 points, 6 rebound, 6-9 shooting from the field), the Kings bench actually played very well, cutting the deficit all the way down to three points in the fourth quarter. However, the Grizzlies kicked it up a notch by game’s end and close this one out. With the win, Memphis continues to fight through its slow start to the season, reaching .500 for the fourth time…they still haven’t held a winning record.

When the Pistons added Josh Smith (18 points, 8 rebounds) to a frontcourt that already consisted of Greg Monroe (17 points, 7 rebounds) and a budding Andre Drummond (14 points, 13 rebounds), many questioned the team’s potential offensive spacing ability, or lack there of. Well, as Sunday’s game showed, the team’s glaring issue pertains to the other side of the court. When Detroit put these three big men on the court at the same time, the Lakers shot 59.6 percent and made 7-13 from three. This was in large part due to hot shooting from Jodie Meeks (19 points, 4-7 on 3-pointers), who was often being fed by Steve Blake (9 points, 16 assists, 4 steals). Sixth man Rodney Stuckey (16 points) looked lost most of the night, making the mess down low look even worse. Brandon Jennings (23 points, 14 assists) did have a good outing in return to his hometown and helped build a 56-50 halftime lead. However, with Nick Young (19 points) splashing 3-pointers and Jordan Hill (career-high 24 points, 17 rebounds) continuing to break out of his shell, the Lakers went on a 16-0 third quarter run and never looked back. Throughout the wild game, Pau Gasol (12 points, 9 rebounds, 7 assists, 3 blocks, 2 steals) remained a constant force, being the savvy veteran that consistently makes the right decision. Record-wise, who knows what this team will be once Kobe returns. Enjoyment-wise, they might rise up the ranks fairly quickly. 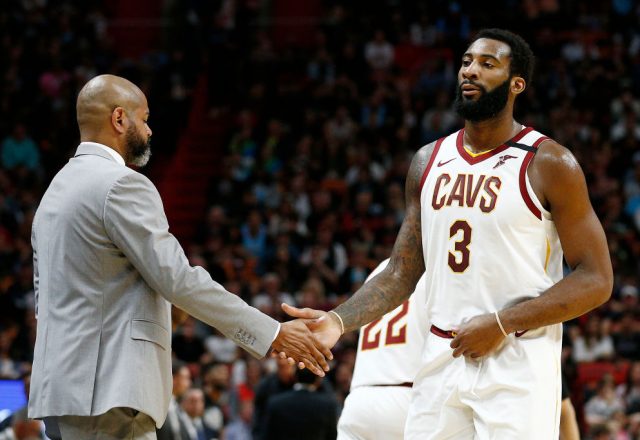