The Hawks put the clamps on Boston and San Antonio cruises past Memphis—both go up 2-0. 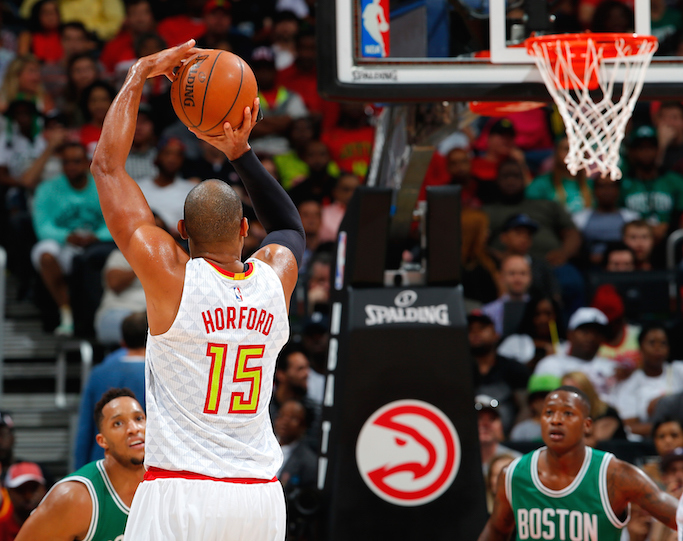 7 points. 7 whole points in the first quarter for Boston. The lowest playoff output in a first quarter since the shot clock was introduced. Bruh. You don’t come back from that. The Hawks didn’t even shoot that well themselves in the game—this Vine sums this game up in six seconds—but they held on thanks to 17 points each from Al Horford and Kyle Korver. It was a rough night for Isaiah Thomas, who despite leading the C’s with 16 points, was 1-for-6 from three-point range and was repeatedly rejected at the rim. Game 3 is on Friday night.

Well that game was… something, wasn’t it? The Grizzlies just look completely depleted and lifeless, meanwhile the Spurs continue to put on a clinic. No San Antonio starter had to play more than 27 minutes, and Patty Mills actually led them in scoring with 16 off the bench (Kawhi led the starters with 13 points). Memphis shot just 33 percent from the field, and 2-for-14 from downtown. Game 3 is on Friday—until then, watch the highlight of Game 2: