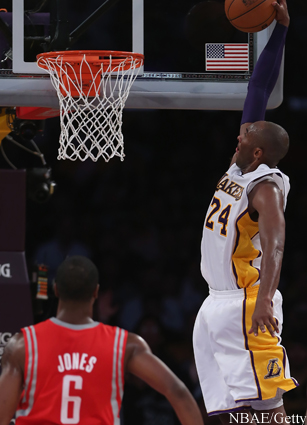 After losing their first game against Memphis on Friday night, the Knicks got some home cookin’ and beat up on a struggling Pacers team. The contest got off to an ugly start with neither team shooting well and New York took a 21-18 lead into the second quarter thanks to 12 points from Melo. In the second the Knicks wore the Pacers out defensively, holding them to 12 points on 3-16 shooting to take a 41-30 lead at the half. In the second half, the Knicks continued their assault and were able to stretch their lead to 16. Indiana went on a little bit of a run and cut the deficit to single digits, but a three-pointer and dunk(!) from Sheed ended their momentum and New York stretched the lead back to 16 in the fourth. The fourth quarter was more of a formality than anything else and both teams played their reserves for the latter half of the quarter. The Pacers’ disappointing start continues.

— Neither team shot 40 percent and the two teams were nearly identical statistically. The big difference was the turnover battle which the Knicks won 19-8.

— It took Joey Crawford all of 90 seconds to hand out a tech.

Behind 20 points from DeMar DeRozan, the Raptors took care of business against a Magic team who are about to start a four-game home stand. T.Dot got out to a hot start hitting four three’s and DeRozan scored 11 of his 20 in the opening session to take a ten-point lead after one. In the second, Big Baby Davis scored eight and the Magic held the Raptors to 17 but still trailed 49-41 after two. Orlando came out gunning in the third, opening the quarter with an 8-2 run and outscoring Toronto 28-18 to take a two-point lead into the final 12 minutes. From there, Amir Johnson took over as he scored 14 of his 15 in the fourth. While fans are accustomed to Johnson getting all of his buckets close to the basket, the big man showed off an array of moves. Johnson hit a hook shot, two free ones, a three-pointer and a huge dunk on an assist from Jose Calderon to help Toronto take a 89-78 lead with four minutes to play and put the game out reach.

— Calderon had a season-high 18 assists and has been filling in nicely for the injured Kyle Lowry.

— J.J. Redick did not play due to illness.

— I like what I’ve seen from Jonas Valanciunas thus far. Great energy and while his offensive game needs a lot of work, he brings it on D.

Five Sixer players scored in double-figures as Philly took care of business against a skidding Cavaliers team. The Cavs battled for much of the game but the Sixers started to separate themselves late in the third. After Jrue Holiday hit a step back and Nick Young threw down a fastbreak dunk, the Sixers took a six-point lead at the end of the quarter. In the fourth, Jason Richardson hit a three with eight and a half minutes to go to push the lead to ten but the Cavs responded with a 14-6 run to get within two. Evan Turner got the Sixers back on track with a jumper then Spencer Hawes drilled a three to make it a seven-point game with just over two minutes left. ET then hit a turnaround jumper to put this one on ice.

— Holiday finished with 14 points and 9 assists. More importantly, he played lock down D on Kyrie Irving who was held in check with only 9 points and 5 turnovers.

The Nets cruised to an easy victory led by–brace yourselves–Andray Blatche. Blatche scored 22 points on 11-12 shooting (this can’t be life) and led a dominant bench performance from Brooklyn. Marshon Brooks added 14 and C.J. Watson tacked on 13 as BK’s reserves outscored Sacramento’s 52-26. The Nets’ bench has been playing great basketball as of late and coach Avery Johnson has to be pleased with the minutes that his reserves are giving him. DMC scored 29 points and grabbed 7 boards while ‘Reke Evans tallied 21 and 7 boards but Keith Smart didn’t get much production outside of those two.

— Brooklyn forced 17 turnovers and dished out 22 assists on 36 made field goals.

— I can’t believe the season Blatche is having thus far.

Well this is a surprise. Last night marked the first time Kevin Durant tallied a triple-double in his NBA career. It took a while for KD to reach this point, but it’s really a testament to how much his game has evolved. When he first came in the L, he was strictly a scorer but he has worked harder than anyone to improve in every facet of his game and is averaging career-highs in rebounds and assists this season. Salute.

Along with Durant’s trip-doub, Russ finished with 30 points and 7 assists while Kevin Martin hoppped off the bench for a cool 23. The Warriors were able to hang around in the first quarter, but after a late second quarter surge highlighted by a Westbrook dunk to end the half the Thunder were up 13 and this one was over.

— OKC has held its opponents to under 44 percent shooting in all seven of their wins.

A 20-point L to the Pistons might be cause for concern for other teams around the NBA, but for the Celtics this is nothing new–it’s just a small part of the grand scheme. Playing thier fourth game in five nights, Boston was gassed and the C’s don’t play for the best record in the regular season, they play for when it matters most so an early season loss to a bad team doesn’t necessarily give them reason to sweat. What is cause for concern, though, is the Celtics poor rebounding numbers. The C’s are the worst rebounding team in the NBA and last night Detroit outrebounded them 39-30 and outscored them 44-30 in the paint. Detroit led by as many as 22 and Boston looked like they were just going through the motions in the second half.

— When Kevin Garnett was drafted, Andre Drummond was a month shy of his second birthday.

The Bulls aren’t having an ideal start to their extended road trip. After getting waxed by the Clippers on Saturday night, Chicago was hoping to bounce back against the Blazers. Instead, Chicago found itself down by 16 in the third quarter and having to dig deep to even get back in the game. The Bulls did go on a run in the fourth and eventually tied the game at 73 after Taj Gibson scored on a layup and foul. But, the Blazers didn’t let the comeback shake them. Ronnie Price hit a jumper to stop the bleeding then Nicolas Batum followed that up with a three . Price than hit another layup and the Blazers were ablt to get a home victory and get their record back up to .500.

— Price’s 10 points marked the first time a Portland bench player has scored in double-figures this season.

— Wes Matthews and Batum each went for 21 while LaMarcus Aldridge had a double-double with 18 and 13.

Not to be outdone by Durant, Kobe had a triple-double himself thanks to 22 points, 11 boards and 11 assists as LA continued to get back on track with another win last night. With Mike D’Antoni looking on from the locker room as he recovers from knee surgery, the Lakers ran of a season-high 119 points against an overmatched Houston team. I’m willing to bet that D’Antoni left the Staples Center with a shit-eating grin on his face seeing the pieces he has to work with–watch out. Dwight Howard scored 28 and grabbed 13 boards and Pau Gasol recorded his 15,000th career point.