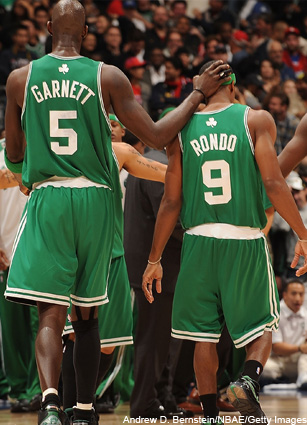 Been a minute, right?

I hope your holidays were lovely and everyone had lots of time with the people they love.

I was talking to someone yesterday about how weird the week between Christmas and New Years is. Doesn’t it sort of feel like everyone is still in a fog, functioning at half speed, working to get to New Years Eve, celebration and another day off. I’m still not in real work mode. Luckily, my work is basketball and even when I’m tired and in another state, there’s always room for ball.

It’s past the fact now, but how lame was the reaction of the Los Angeles crowd when they were getting killed by Cleveland? I was so disgusted with the foam fingers and water bottles being flung into the crowd. Sure, I was annoyed L.A. didn’t seem to be able to match the energy of the Cavs, sure, I wanted a Christmas battle, but disrespecting the game like that?

Props to the Cavs for coming out on the road on the holiday and getting it done.

My favorite game of the break has been the Lakers/Kings 2OT contest from Saturday night. The Lakers are really struggling without Ron Artest and seem to be going through some ups and downs as their bench production has been less than stellar. Still, Kobe Bryant continues to be insane, through broken fingers, illness, knee-scares and funny bone numbness.

I was just happy I got to see Tyreke Evans’ mother sitting courtside watching her son for the first time. Also, by the end of that game, I was pulling for the Kings. How couldn’t I? Underdogs, no more. Love Donte Greene continuing to find his way. When he blocked Kobe down the stretch, the clenched fists, flex and scream as he poured emotion all over the Arco Arena court was awesome. This is a team that loves playing basketball together. I dont recall that kind of “togetherness” in recent history with the team. I’m enjoying it.

L.A. Clippers over Boston as Rondo bricks some big free throws. Yuck. I missed the game though, wish I had seen Boom’s game-winner live.

Want efficiency? Check Kevin Durant’s line from the Thunder’s game against the Nets last night: 40 points on 15-for-22 shooting from the floor in a Thunder victory (yes, poor Nets are now 2-29).

In a positive for the Nets, Yi looked great, scoring 29 points on 11-for-20 shooting.

And…. Of course I missed all of an OT victory for the Grizzlies except for the overtime itself. My last night at home meant family time, even though there was finally a game on tv that I got here at my mothers. Zach Randolph is crazy in Memphis. He’s always been a solid double-double guy but seriously? 9-for-9 from the line and 23 points to go with 19 rebounds.

A few days later and I’m still not sure what to think of the Tracy McGrady mess. I hope they work out a trade or something, soon. I also hope the NBA player’s association figures out a way to get rid of this fine Nate Robinson has to pay for his agent’s comments. The thing that annoys me the most about the whole fiasco is, it takes you ten days to decide to fine a player? They were slow on the fines for Brandon Jennings and the Twitter thing, too. If you’re fining guys, be time-sensitive, please.

Looking at the standings, a team that has quietly been doing their thing and has also been unnoticed by me is Dallas. They are currently 22-9 and second in the West. I thought Denver would be owning that spot, but they’ve shown some weaknesses that their opponents have been able to exploit. The Richard Jefferson move to San Antonio has probably been the most disappointing in my eyes, although I still feel like they’ll figure it out because that’s what I’m used to them doing.

Man. A lot has happened NBA wise, but I feel a step slow trying to recap it in 600 words (ish) or less. If I missed your team/player/moment, I’m sorry.

Did you notice Scott Skiles benching Andrew Bogut and Michael Redd in the second half of the Bucks loss to the Bobcats? Trailing by 22 at the break, Skiles was not happy with the two and their 1-for-10 performance from the floor. Yikes.

ps… I was upset when I realized that Raja Bell was no longer with the Bobcats who are coming through on Wednesday because Raja’s one of my faves. I then realized Stephen Jackson was the guy to replace him. What better way to finish off 2009 than with my guy Stack Jack. You guys know how much I love his game. He and Gerald Wallace are awesome together.

pps… before you say I’m not talking about the Lakers losing… I’m going to bed and they are currently down 16 points to the Suns.. Could they comeback, yes. Wil they? I don’t think so. Damn, Lakers.