The Warriors and Spurs remain undefeated at home, while the Hornets won their seventh-straight. 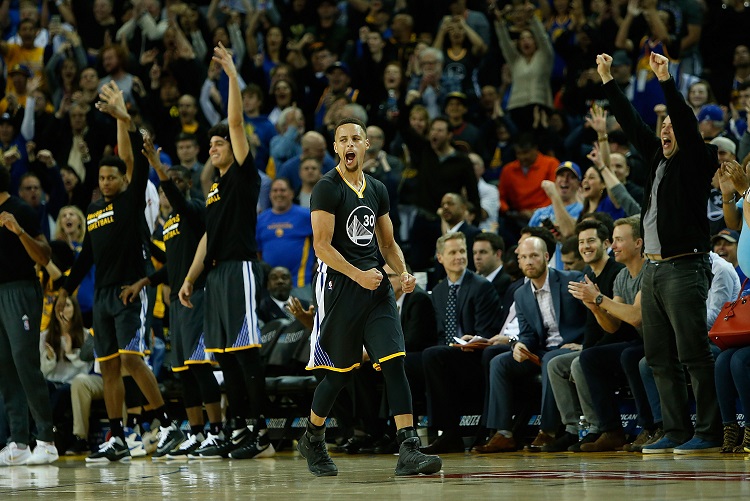 Stephen Curry led the way with 35 points, and Marreese Speights added 25 in a (perhaps) surprisingly close game with the 17-49 Suns. Alex Len scored 26, and Brandon Knight did his part to keep Phoenix in the game, dropping 30 points while breaking ankles.

Despite a 30-point effort from Dirk Nowitzki, the Pacers won their third straight, enjoying an excellent performance from former Maverick Monta Ellis. Speaking about Ellis, Dallas owner Mark Cuban had only good things to say.

Thanks to a combined 51 points from Marvin Williams and Kemba Walker, the Hornets have now won seven straight, remaining in the middle of the Eastern Conference pack. A dismal 2-14 showing from James Harden made it difficult for the Rockets to compete in this one.

With Richaun Holmes, Jerami Grant, and Robert Covington all sidelined with injuries, veteran big man Elton Brand suited up for his fourth appearance of the season. The 2000 Co-Rookie of the Year didn’t disappoint, posting a 10/3/3/3/1 stat line over 15 minutes of court time.

The Pistons, however, kicked their game in second gear after halftime, notching a W thanks to a combined 106 points from their starting five.

A heated duel between Joe Johnson and DeMar DeRozan defined this match-up, with Toronto coming out on top in overtime. After the game, DeRozan received props from a notable Raptors fan.

The Nuggets received a strong showing from their secondary unit, as six reserve players combined to score 75 points in Denver’s fourth-straight victory.

In what was Portland’s largest margin of victory for the season, the Trail Blazers routed the Magic thanks to 18+ point showings from Damian Lillard, C.J. McCollum, and Allen Crabbe. Orlando head coach Scott Skiles provided few answers after the game.

“We just came out and laid an egg tonight,” Skiles said. “They were ready to play tonight and we weren’t.”