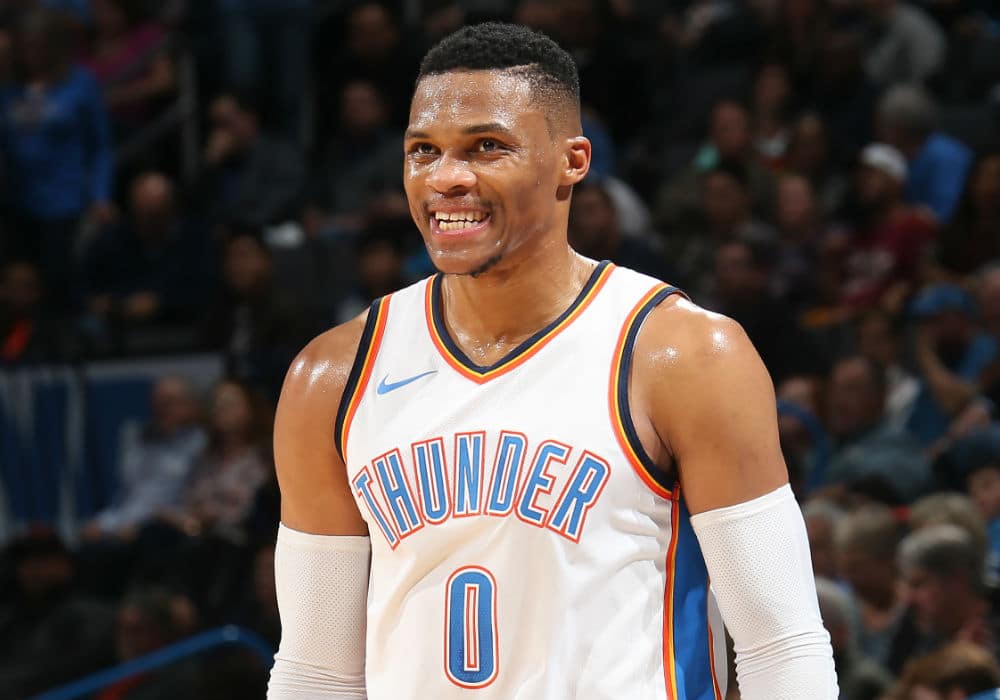 Toronto continues to roll at home. DeMar DeRozan and Kyle Lowry each scored 20 points to lead the Raptors, who won their 7th straight home game. They used big a first and third quarter to cruise past Phoenix, which was able to hang around for awhile and made a late-game push but just couldn’t get any big stops.

T.J. Warren was ejected early in the second half for jawing with the refs and, with just under two minutes left to play, Devin Booker had to be carried off the floor with an apparent groin injury. It looked ugly in real-time but he was diagnosed with only a left adductor strain, per the Suns. That’s the same injury Anthony Davis suffered on Saturday night against the Trail Blazers. Prayers up to D-Book, even though it appears like he avoided a serious injury.

Devin Booker carried off floor with no ability to put weight on anything after non-contact injury pic.twitter.com/bopfNnhuuX

Don’t look now, but the Thunder may be heating up. OKC has won three in a row — all against winning teams — and is starting to get into a groove at home. Utah led by 12 after three quarters, but the Thunder used a monster fourth to take control as they outscored the Jazz 32-14.

They played far from a perfect game, committing 18 turnovers, with seven apiece from Paul George and Russ, but locked in down the stretch. OKC held the Jazz to 6-of-20 shooting in the final frame (1-of-8 from three) and kept Utah off the foul line. On the other end of the floor, the Thunder shot almost 60% from the field in the last 12 minutes and won the rebounding battle 17-7.

Westbrook led the way with a trademark monster triple-double (34 points, 13 rebounds, 14 assists) and made some history in the progress. Steven Adams wasn’t far behind, hitting 9 of his 10 shots en route to scoring 20 points (with 9 boards). PG added 21. OKC’s Big Three plus Adams scored 89 of the Thunder’s 100 points.

Stud rookie Donovan Mitchell dropped 31 points to pace Utah, but had a few misplays down the stretch and wound up with 5 turnovers.

No John Wall, no problem. Bradley Beal dropped a career-high 51 points to help the Wizards rebound from a blowout loss in Utah on Monday. Most teams would be sunk without their starting All-Star point guard for any period of time. Most teams can’t say they have someone like Beal.

Bradley Beal has 34 of the Wizards’ 75 points 👀👀 (via @WashWizards) pic.twitter.com/GV4xSqhDdV

Damian Lillard scored 30 points for Portland but he couldn’t stick with Beal, who had a bit of a lull in the fourth quarter which allowed the Trail Blazers to sneak back into the game. However, he made a few jumpers down the stretch to stem the tide and hit the half-century mark.