The Hornets win third straight against Miami, while the Warriors rout the Rockets to advance to Round 2. 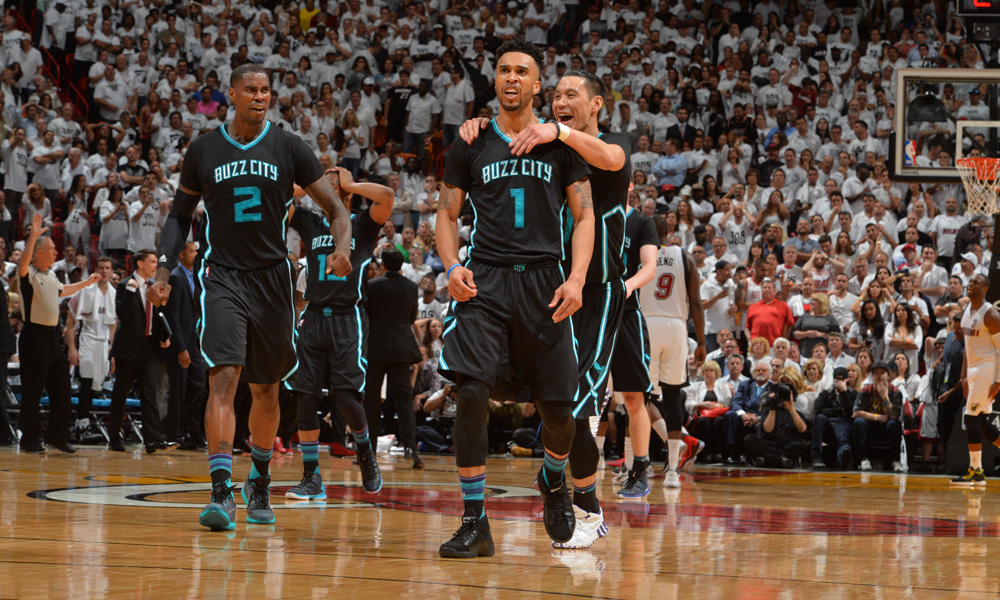 Charlotte won its third in a row and is now just one win away from advancing to the second round. The Hornets shot only 39.3 percent, but finished strong in the fourth quarter to get the W. Despite having previously made just 1-8 from the floor, Courtney Lee hit a three with 25.2 seconds left give the Hornets the lead for good.

The Clippers put up a good fight without Chris Paul and Blake Griffin, but when Damian Lillard turned things up in the fourth quarter, Portland was able to pull away easily. Dame made his first six shots in the fourth, including 4-4 from three.

The Warriors came out hot from the start, and the game was almost decided by halftime. Other than James Harden, the Rockets couldn’t put the ball in the basket. Draymond Green nearly triple-doubled in three quarters (15 points, 9 boards, 8 assists) and Klay Thompson shot 10-14 from the field and made 7-11 from three while playing just 29 minutes.

FINAL: Rockets 81, Warriors 114. Golden State advances to the second round behind Thompson's 27 points and 7 threes. pic.twitter.com/UTcDgxCS0Z