Post Up: James Harden Drops 42 Points Against the Celtics 🚀 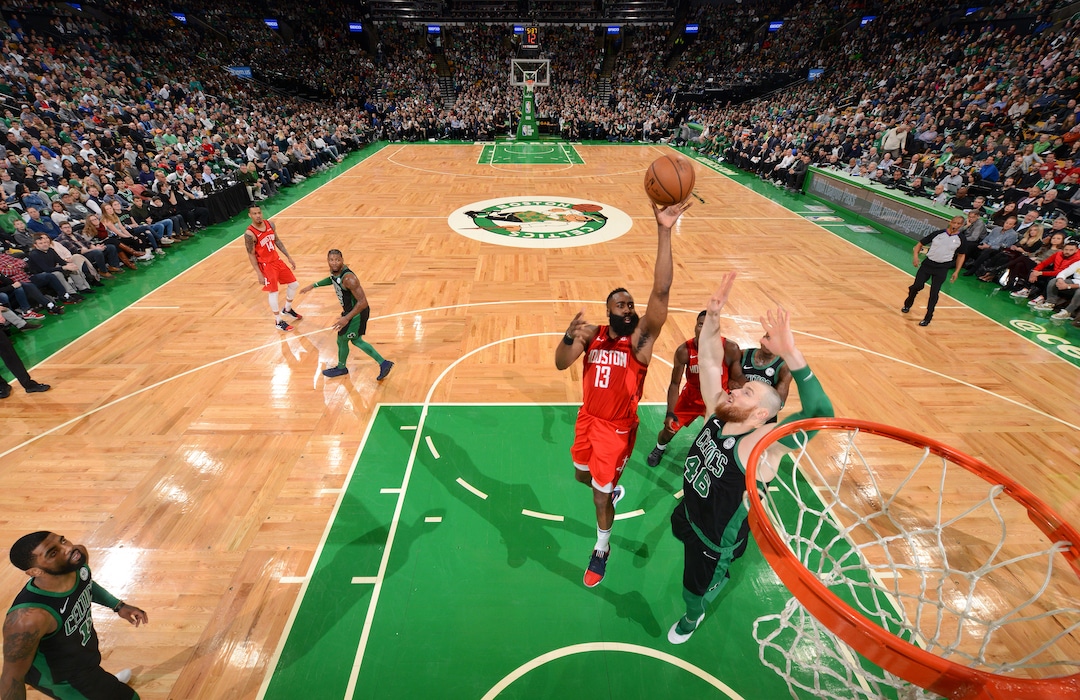 Landry Shamet had the hot hand early in the Sunday matinee win, scoring 18 of his 21 points in the first 12 minutes. Shamet’s seven 3-pointers were the most by any rookie in a quarter since 2002-03. Danilo Gallinari was the second-leading scorer with 20 points.

Rodney Hood looked like the player NBA fans used to see during his days in Utah. He had a season-high 27 points in the second half. In his last five games, Hood was 7-of-32 from the field and 1-of-10 from behind the arc. Jusuf Nurkic had 26 points and 15 rebounds.

Four of five of the Cavs’ starters finished in double digits in the home win. Collin Sexton put up 17 points and Kevin Love had 16 points and 14 rebounds. Jordan Clarkson scored 18 points off the bench.

Trae Young and Kris Dunn were jawing (and even shoved) back and forth, which resulted in Young getting ejected in the second half after hitting a deep 3-pointer and taunting Dunn. Young, who was thrown out in the third quarter, finished with 18 points. Alex Len was Atlanta’s leading scorer with 28 points.

Bobby Portis had a team-high 26 points and 12 rebounds for Washington, which had lost its last five of six games. Bradley Beal and Jabari Parker had 22 apiece.

Blake Griffin (27 points) protected his home court in overtime against the visiting Raptors. Reggie Jackson finished with 19 points, Andre Drummond had another double-double (15 points, 17 rebounds) and Wayne Ellington had 11 points. Despite the loss, Kyle Lowry had a season-high 35 points.

Trailing three down the stretch, Russell Westbrook (22 points) knocked down a 3-pointer to tie it at 93 followed by a mid-range jumper to take the two-point lead. Paul George (right shoulder soreness) cheered from the sidelines, as Abdul Nader scored 15 points off the bench. Jerami Grant and Steven Adams had 13 points apiece.

Harden put up 42 points against the C’s at TD Garden, scoring 40 or more points for the 24th time this season, as Houston has won the last five games. Eric Gordon had 32 points (eight 3s), and Chris Paul posted a double-double (15 points, 12 assists).