Post Up: James Harden Gets Buckets in Denver, Spurs Beat Down on Cavs 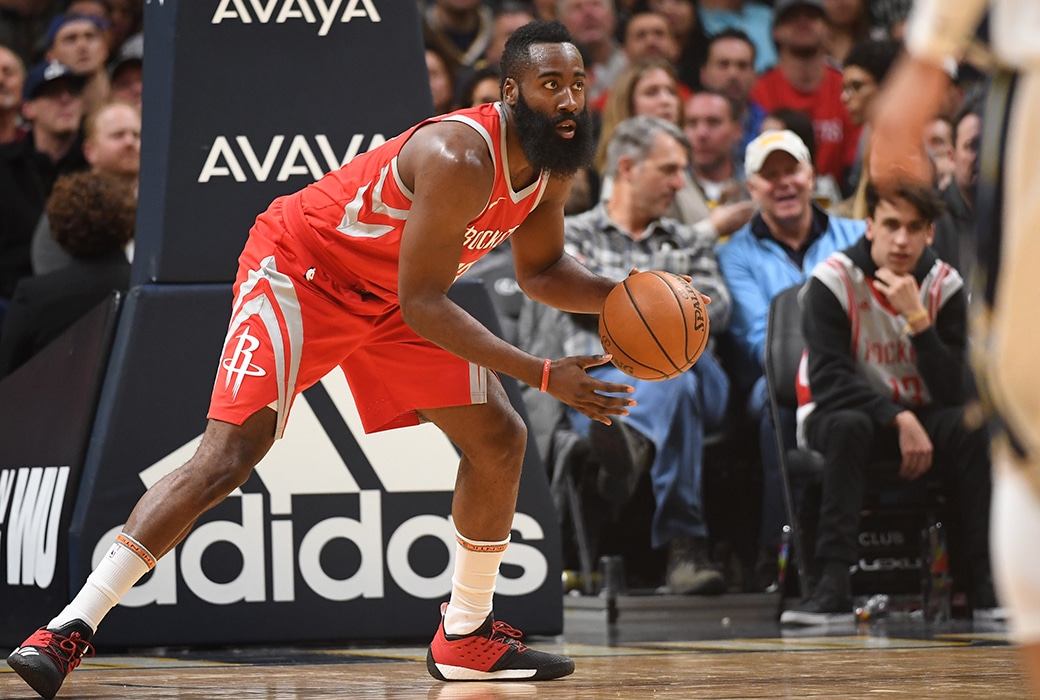 James Harden put up 41 points, 8 rebounds and 7 assists, leading the Rockets to their 12th consecutive win. It’s Harden’s fifth 40-point game of the season. The Rockets needed all those points to keep the pesky Nuggets at arm’s length. Though the Nuggets trailed for all 48 minutes, they didn’t quit, cutting Houston’s lead to four with about three minutes left in the game before the Beard buried the dagger.

The Spurs snapped their four-game losing streak by taking control of this game in the second half. They outscored Cleveland 60-41 throughout the third and fourth quarters. They held the Cavs to 23 percent three-point shooting, connecting on nearly 50 percent of their triples. They overcame 11 ties and 15 lead changes behind 27 points from LaMarcus Aldridge and 22 points from Danny Green.

The Hornets built a 32-point advantage in this game. Seven Hornets scored in double-digits, led by Dwight Howard‘s 17 points and 12 rebounds.

Jrue Holiday came up huge in the fourth quarter, scoring 11 of his 36 points in that frame. They needed an extra five minutes to decide this one and the Pels survived when Jason Terry‘s three-pointer was ruled to have come after the OT buzzer. Anthony Davis added 27 points and 13 rebounds in the win.

A season-high 36 pts from @Jrue_Holiday11 guides the #Pelicans to an 18 pt comeback and another OT win! #DoItBig pic.twitter.com/X1doFetmVM

The Wizards outscored the Sixers in the second quarter by 17 and they didn’t look back after that run. They held Philly to 36 percent shooting from the field and 27 percent shooting from distance. Washington also dished out 35 dimes on 43 buckets. Bradley Beal and Otto Porter combined for 47 points.