Post Up: Jimmy Butler Serves Up Season-High 34 points in Brooklyn 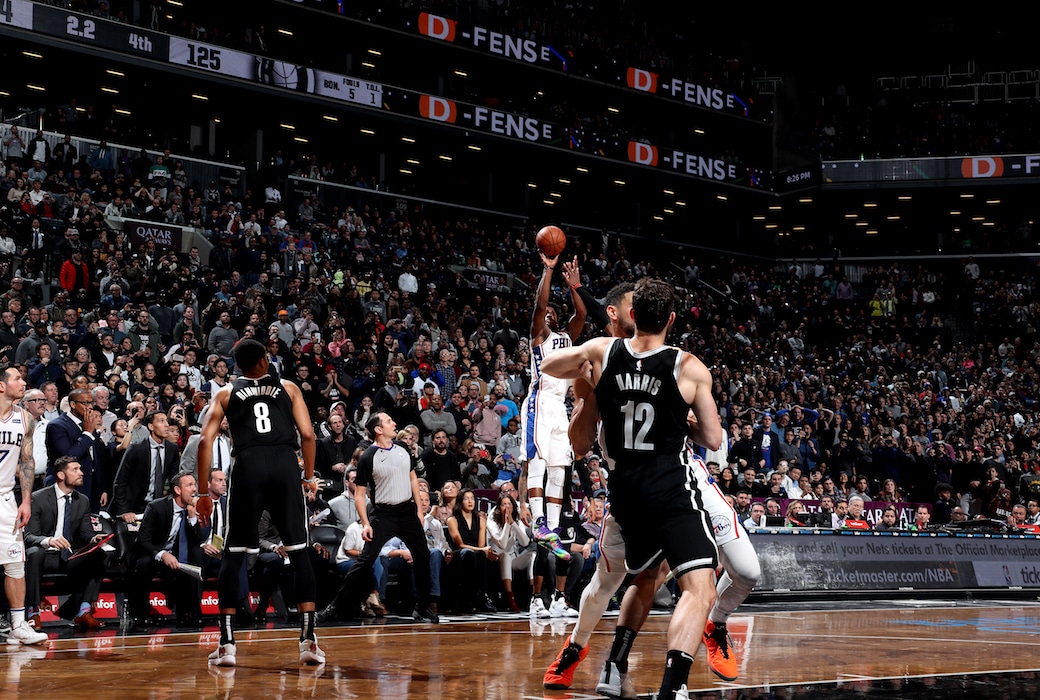 Despite Devin Booker’s 37 points in Motown, it wasn’t enough as the Suns dropped another one on the road. Andre Drummond finished with 19 points and 16 boards. Blake Griffin had 16 and Langston Galloway (15 points) and Stanley Johnson (14 points) were the two leading scorers off the bench.

Nikola Vucevic lit up the Lakers for 31 points, 15 rebounds and 7 assists as the Magic left L.A. victorious. Terrence Ross, who made a lay-up topo put Orlando up two, finished with 16 points in a game that went down to the wire. LeBron James was the Lakers’ leading scorer with 24 points.

Nik Vucevic went off for 31 points, 15 rebounds, 7 assists and 3 blocks. (via @nbatv) pic.twitter.com/I4bulQOZ8L

Enes Kanter feasted with a 21-point, 26-rebound performance in Memphis. Tim Hardaway Jr. also contributed 22 points and Emmanuel Mudiay had himself a nasty poster to go along with his 17 points. Mike Conley and Marc Gasol combined for 50 points as the Grizzlies have dropped the last two games.

Emmanuel Mudiay with the POSTER! 😱 (via @nyknicks) pic.twitter.com/INzCOai06z

Jimmy Butler, who scored a season-high 34 points, took matters into his own hands (again!) in the final seconds and hit a game-winning three-pointer at Barclays Center on Sunday night. The side-step on the right wing was similar to the one he had earlier this month against the Hornets. Joel Embiid posted a double-double (32 points and 12 boards).

John Collins was the savior with the game-winning block. Collins finished with 23 points and 11 rebounds. Kent Bazemore contributed 20 points and the go-ahead bucket to give the Hawks the lead.

Four of the five Raptors’ starters finished in double digits as Kawhi Leonard led the way with 29 points. Pascal Siakam was the second-leading scorer with 21. Dwyane Wade, who came off the bench, holds the franchise record for most points (33) by a bench player and finished with 35 points in the loss.

Ricky Rubio went off in Northern California, dropping a team-high 27 points against the Kings. Both Joe Ingles and Rudy Gobert chipped in 18 apiece, too. Bogdan Bogdanovic led the Kings with 20 points in the home loss.

Patrick Beverley’s offensive rebound and two made free throws were huge for the Clippers to escape the Moda Center with the W. Tobias Harris had himself a career-high night, scoring 34 points, and Danilo Gallinari contributed 17 while Montrezl Harrel was a spark off the bench with 12 points. Damian Lillard had 30 points for the Blazers.