Kawhi Leonard notched his first career-triple double in a hard fought win over the Heat. 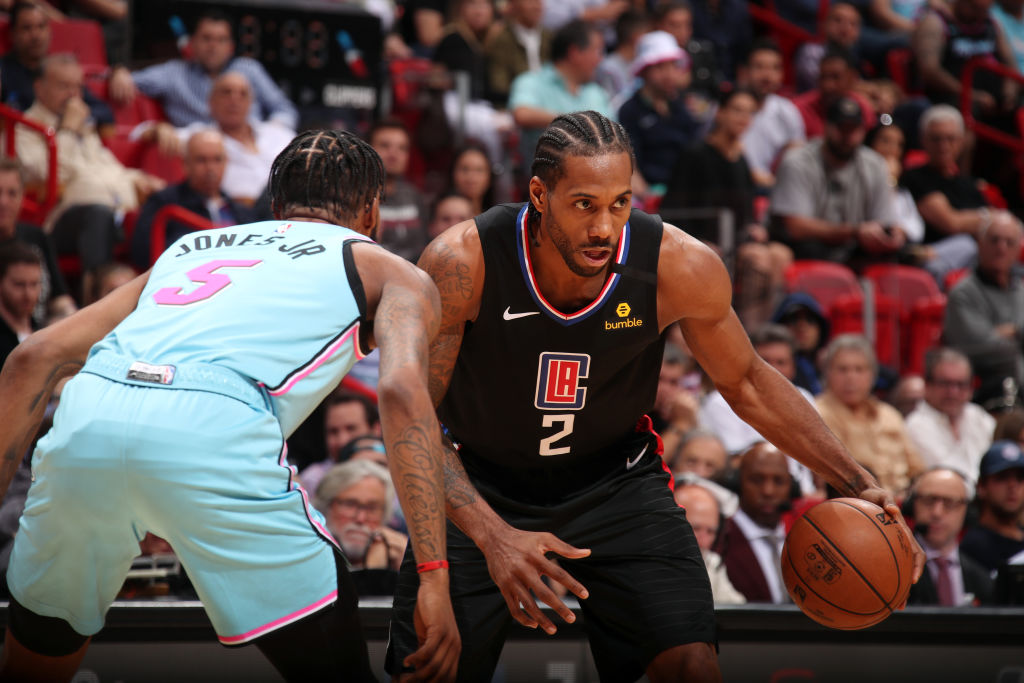 Another day, another easy Bucks win.

Giannis Antetokounmpo had a yawn-inducing 30 points, 16 rebounds and 6 assists on 13-19 shooting. Not bad. As the Hornets slowly slip out of the playoff race, it’s time to search for silver linings, and third year guard Malik Monk had a fantastic game, scoring 31 points, grabbing 5 rebounds and dishing out 5 assists.

A very solid win for the Celtics, who were without star forwards Jaylen Brown and Jayson Tatum. Kemba Walker popped off for 37 points, 6 assists and 4 steals, while Gordon Hayward followed up with 22 points, 14 rebounds and 5 assists.

For the Magic, at least Evan Fournier had 30 points, but scoring has been difficult to come by for the past few years for this defensive minded team.

Jaren Jackson Jr powered the Grizz in the first half with 24 points, and they never looked back. Ja Morant stayed steady, and while we were not treated to any spectacular highlights, he played a very solid all-around game with 16 points and 12 assists.

Derrick Rose had his 11th straight game with 20 or more points, but it wasn’t enough with virtually the entire Pistons starting lineup sidelined.

Toronto won their sixth straight game thanks to sticking what they usually do: play team ball, go 100% on every play and commit on the defensive end. Pascal Siakam finished the Knicks off with this dagger, ending the night with 23 points and 7 rebounds.

Buddy Hield received a splash of cold water coming off the bench for the first time in a while, and he responded well, scoring 21 points and grabbing 7 boards.

We were treated to the return of Dion Waiters, after many injuries, suspensions and weight issues. The eight-year veteran was excellent in his debut, scoring 14 points, blocking 2 shots, splashing 4 3-pointers and was a +8 in only 18 minutes of action.

The Nuggets just keep on winning, despite missing star guard Jamal Murray and stalwart power forward Paul Millsap due to injuries. Nikola Jokic was fantastic, scoring 27 points, grabbing 12 boards, dishing 7 assists and swiping 4 steals. Michael Porter Jr continued to impress off the bench, nabbing 15 points and 10 rebounds in only half a game.

Even in defeat, Zion Williamson was good. He’s still on a minutes restriction, and he scored 15 points and grabbed 6 rebounds and was a +16 in only 21 minutes.

Oklahoma City just completely outplayed the Hawks, who sport a less-than-ideal 5-19 road record. Everyone was balling for OKC. Danillo Gallinari had 25 points. Shai Gilgeous Alexander had 24. Chris Paul had 18, and Dennis Schroder came off the bench with 21. It was another win for a team that gets better by the day.

Karl Towns’ 30 points and 12 boards led the Wolves, who look poised for another move at the trade deadline.

This was a very solid win for a Suns team that has always had trouble against the Spurs. Devin Booker brought his A game, going off for 35 points and 10 assists. For the Spurs, DeMar DeRozan continued his consistent play as of late, notching 30 points and a monster jam in the loss.

The Pacers may be the most slept on good team in basketball. They play team ball and have a staunch defense, plus Victor Oladipo is still waiting in the wings. TJ Warren popped off tonight with 33 points and 4 steals in the victory, while Doug McDermott scored 24 off the pine of a sizzling 6-7 from deep.