Post Up: Kawhi Pops Off for 39 Points to Defeat Pelicans

Kawhi turned on the jets to bury the Pelicans. 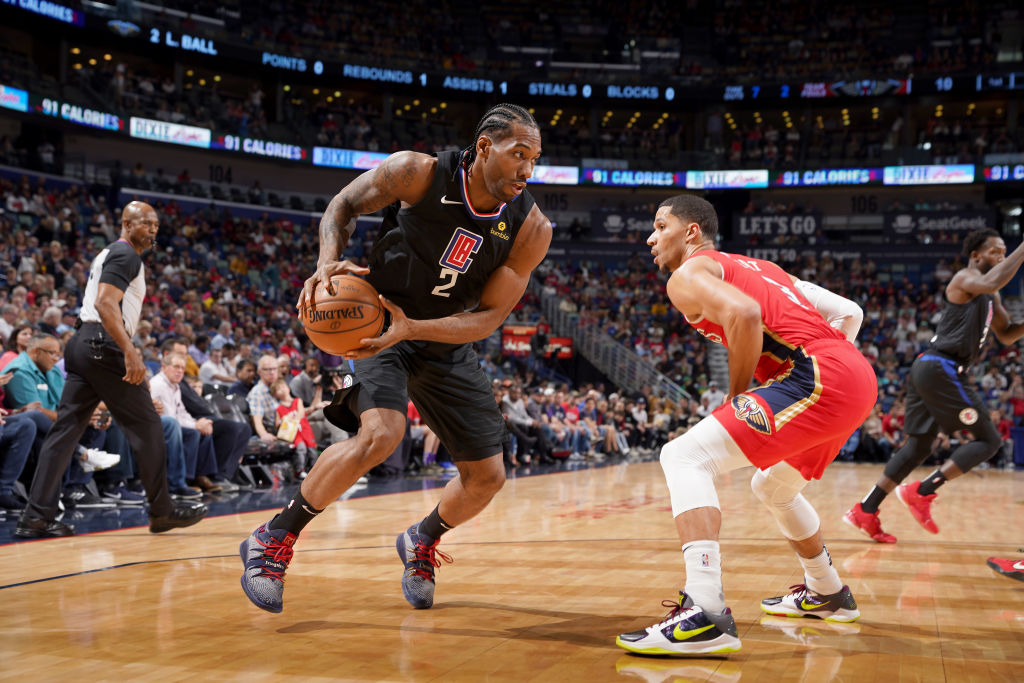 Another game without a star (this time Paul George), and yet another win for the Clippers. Reaching win number 30 on the season was no breeze though, with the feisty Pelicans leading for a good chunk of the game. But ultimately, Kawhi Leonard was too much to handle. He had himself a phenomenal game, with 39 points, 6 rebounds, 6 assists and 5 steals. And who could forget Lou Will, who dropped a cool 32 points off the pine.

For the Pelicans, Lonzo Ball had a triple double, scoring 18 points, grabbing 10 rebounds and dishing 11 assists. Derrick Favors was also excellent, scoring 22 points on a perfect 10-10 shooting along with 11 boards.

The Bucks just do not let up. Giannis Antetokounmpo had 29 points and 12 rebounds in only 25 minutes, Khris Middleton had 20 of his own, and Brook Lopez did a fantastic job protecting the rim, notching 5 blocks.

The Nets were helpless against the brutal efficiency of the Bucks, and it showed with no player scoring higher than 17 points.

Fantastic win for the Suns beating Boston at home. Devin Booker went inferno, with 39 points, 10 rebounds and 9 assists. Deandre Ayton backed that up with a monster 26 points and 15 boards.

Despite the loss, Marcus Smart went bonkers, with a career-high 11 3-pointers made for 37 points, 8 assists and 4 steals.

It must have been very cathartic for Detroit to finally blow somebody out. Derrick Rose, recently inserted into the starting lineup to fill the playmaking black hole, was excellent. D Rose scored 27 points along with 9 assists and a plus/minus of +24. Andre Drummond also cleaned up as usual, with 16 points, 17 rebounds and 5 swipes.

A surprisingly close game, but all Philly should care about is getting the victory. Ben Simmons was fully in control, ending the game with 21 points, 7 rebounds, 8 assists and 2 steals.

The Raptors have been butchered by injuries all year, and they finally had their core group together again, and the results were excellent. Fred VanVleet (29 points, 4 steals, 7-8 from deep) barely missed a beat from his weeks-long absence. Kyle Lowry was great too, scoring 28 points, grabbing 7 rebounds and splashing 5 3-pointers.

What an impressive win from the Bulls! Coming into the 4th quarter down a sizable 15 points, none other than Zach LaVine went off. The star guard had 42 points, 6 rebounds and 5 steals for a wild performance.

Don’t blame the loss on Kevin Love though. He had a 29-5-6 line and the Cavs outscored the Bulls by 11 points when he was in.

Orlando may have a subpar record, but they’re long, athletic and make you beat them, making this a quality win for a youthful Dubs team. DLO had 26 points, 12 assists and 2 steals along with a beautiful 3 late in the game.

Also, let’s take a moment, even in defeat, to appreciate the comeback of Markelle Fultz. Dude has been a problem for defenses.

No Anthony Davis and on the road against the Rockets…that’s a quality win right there, Lakers. LeBron was fantastic as usual. He put up 31 points, 12 assists and 5 rebounds. Kyle Kuzma, Danny Green and Kentavious Caldwell-Pope all showed out as well.

For the Rockets, Russell Westbrook scored 35 points and James Harden scored 34, but no one else really stepped up.

The Jazz are rolling. Other than a slight hiccup against the Pelicans a couple of nights ago, they’ve been creaming everyone in their path and tonight was no different. Bojan Bogdanovic had a clean 30 points, Rudy Gobert had a monster 28 points, 15 rebounds and 3 blocks, and Jordan Clarkson had another quality performance off the bench with 20 points.

Chris Paul had 30 points and 7 assists on 11-15 shooting in just 28 minutes, while his protege and backcourt mate Shai Gilgeous-Alexander had 22 points, 10 rebounds and 5 assists.

For the Blazers, it’s unfortunately becoming a common trend to see Dame go off (34 points, 6 assists), but lose the game.