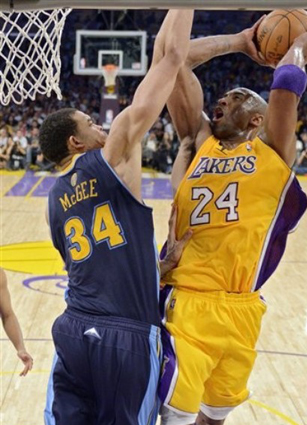 Regardless of how far the score strayed, you knew it was coming; it was only a matter of time before the Boston Celtics started playing like the savvy, experienced, uber-poised basketball team we all know.

In typical fashion, the Celtics started off rusty, fell behind early, then, with crunch-time approaching, activated their defensive clamps, executed flawlessly down the stretch and clawed their way to another (Playoff) victory. Rajon Rondo and Kevin Garnett led the way, as Rondo posted his eighth career postseason triple-double (13 points, 17 assists, 12 rebounds), and Garnett scored a season-high 29 points to go along with 11 boards.

The Sixers came out firing, scoring the first seven points of the game to establish control and a 28-18 lead at the end of the first quarter. Much of the early-game lopsidedness was a credit to Philly’s sound play, but Boston’s offensive ineptitude carried some of the burden, too. Garnett came to play, scoring eight points on 4-for-6 shooting in the first, but as a whole, the Celtics had one of their worst starts in recent memory. KG was the only Celtics starter to make a basket in the first quarter, as the other four Boston starters were an abysmal 1-for-17 midway through the first half.

Only one day removed from their last game, (insert comment about Boston’s “age” here), and with Ray Allen (ankle), Paul Pierce (sprained MCL) and Avery Bradley (sore rotator cuff) banged up, Philly showed no compassion, throwing (and landing) punches throughout the first half. The Celtics were down, but thanks to Rondo and Garnett, at no point were they defeated.

After a few back-and-forth runs, the Sixers entered the fourth quarter in control, leading by 10 and once again forcing Boston into catch-up mode. But the Celtics weren’t rattled. Nope, not in the slightest. A Garnett dunk, two free throws from Pierce and a Bradley layup cut the deficit to three (80-77) with 7:15 to play. Feeling the lead slipping away, Doug Collins tightened up defensively and instructed his guards to pack the paint, seemingly daring Rondo to shoot jumpshots. Which, if you’d never watched Rajon play before last night, you’d think is exactly what he wanted.

Rondo buried a jumper with 3:47 to go that not only capped his triple-double, but gave Boston a 83-82 lead. But the resilient Sixers…

(… Wait, this is probably a good time to give some props to Philly. In the second round of the Playoffs for the first time since 2003, this not-so-8th-seed-like Sixers team is really good. They have long, athletic wings, solid perimeter defense, a good coach, an underrated point guard, and, if Spencer Hawes can keep playing like he wants major money this summer, a half-decent frontline.

What we all know they don’t have, though, is a go-to scorer for crunch time situations. For, you know, games like last night, when Paul Pierce or Ray Allen or Kevin Garnett or Rajon Rondo or take-your-pick can put the team on his back and go into “Nah, I’m not losing this one” mode. Andre Iguodala played well, posting a 19-6-6 line, but that’s what he is; a 19-6-6 guy. This is not a knock on Iggy at all, it’s just the fact of the matter. And if you expect him to win you games in the last minute, well, then, that’s a disservice to him because a) that’s not the type of player he is, and b) it’s probably not happening. Iggy made a heads-up play in Game 6 vs Chicago, but taking over games late is not in his genetic makeup. This has been the knock on Philly all year, and last night was example 2,819 of why teams that lack a go-to guy ultimately fall short. On the bright side, Philly, you’re not alone. What’s good, Denver!)

OK, back to last night…

The resilient Sixers regained the lead on a Hawes jumpshot, and looked to gain some breathing room after a Rondo turnover, but #9 hustled back and blocked a Lou Williams layup attempt with under three minutes to play. Rondo then maneuvered his way the length of the court and fed KG (who else?) for an and-1 jumper to make it 86-84 Boston. Avery Bradley stole the ball from Williams on the next possession and Garnett made another jumper at the other end.

With under a minute to play, the Celtics led by five when Jrue Holiday buried a saucy foul-line jumper. The Sixers got a stop, and up three, Rondo fouled Holiday with 3.4 seconds left. But with so little time remaining, and with his team not yet in the penalty on defense, Holiday inexplicably made both foul shots to cut the deficit to one with under five seconds left. Boston called a timeout, and Rondo sprinted from the frontcourt into the backcourt to outrun Evan Turner and let the clock expire. 92-91, Boston. Game. Set. Match. Celtics up 1-0.

As much as Rondo did (and he did a lot), KG carried the Celtics throughout, following his monster 28-14-5 Game 6 performance vs Atlanta with arguably his best game this year, giving the Cs a go-to option all game and making plays when there was no room for error. The Big Ticket once again reminded us that age is merely a number, not a definition. And, as he told us a few days ago, he doesn’t read our columns, but they get back to him, ight?

On one hand, the Celtics protected their home-court and “did what they needed to do.” On the other hand, Philly knows it let one slip from its grip last night. Does Doug Collins’ group possess the mental fortitude and selective amnesia that’s required to succeed in the NBA Playoffs, or will the pain and discouragement of a tough loss linger into Game 2? We’ll find out Monday. —Eldon Khorshidi (@eldonadam)

Pau Gasol had 23 points and 17 rebounds and Steve Blake came off the bench to score a playoff career-high 19 points to lift host Los Angeles to its Game 7 victory over Denver.

Kobe Bryant had a relatively quiet 17 points, Andrew Bynum added 16 points and 18 boards and Metta World Peace had 15 points as the Lakers advanced to a Western Conference semifinal matchup against the Oklahoma City Thunder.

Game 1 will be played Monday night at Oklahoma City.

Ty Lawson and Al Harrington scored 24 points apiece for the Nuggets, who were denied in their bid to become the ninth team in NBA history to win a series after trailing 3-1.

The Lakers finally got their inside-outside game in gear, only it was Gasol and Blake – not Bynum and Bryant – that led the charge after Los Angeles blew a 16-point third-quarter lead.

Blake, who hit 5 of 6 3-point attempts, drilled a pair of shots from behind the arc and Gasol had six points in a 16-5 burst as the Lakers surged ahead 85-78 after Denver had built its biggest advantage at 73-69 in the opening minutes of the fourth.

World Peace, playing for the first time after serving a seven-game suspension, buried a pair of 3-pointers in a 12-2 run as Los Angeles stretched the lead to 62-46 in the opening five minutes of the third quarter.

Lawson ignited a huge comeback by the Nuggets, scoring 13 points in a 22-7 closing run to whittle the deficit to 69-68 entering the final 12 minutes.