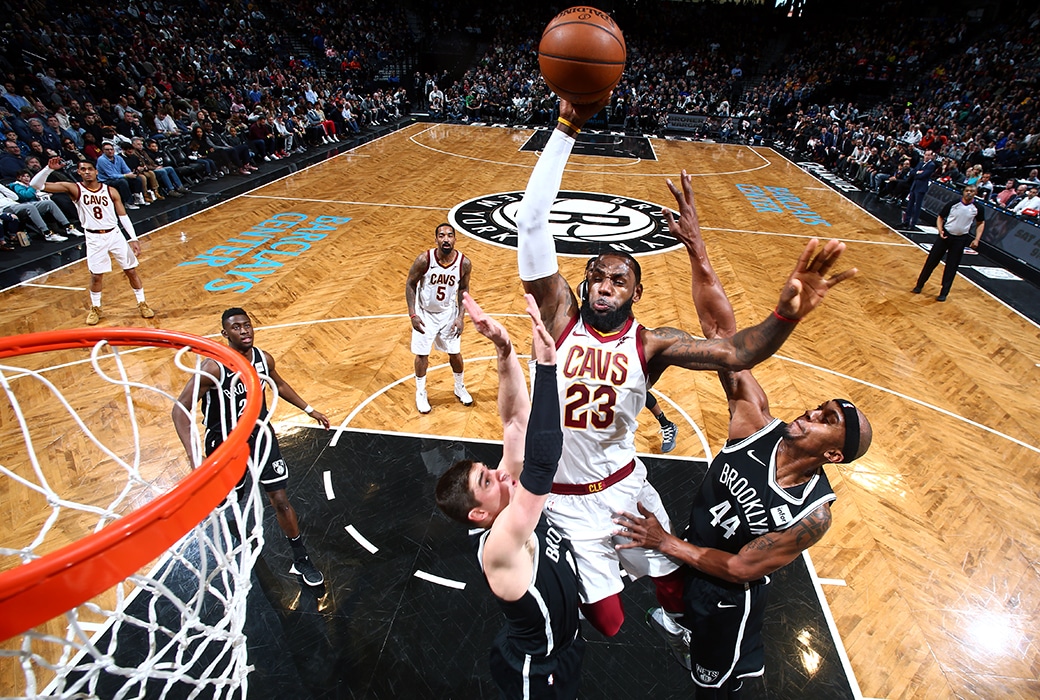 LeBron James delivered a few rim-rocking dunks before drilling the dagger three-pointer. He finished with 37 points, 10 rebounds and 8 assists. The Cavs outlasted 10 ties and 13 lead changes. Joe Harris had a career-best 30 points in the loss.

The Spurs nearly completed a 15-point comeback, but Giannis Antetokounmpo did enough to help the Bucks hold on. He had 25 points and 10 rebounds, overcoming another big performance from LaMarcus Aldridge, who finished with 34 points.

Lou Williams dropped 18 of his 26 points in the fourth quarter. His squad outscored the Raps by 11 in that final frame. They also had a mere 8 turnovers against the East’s top team.

Trey Burke had a big three-point play in the game’s final minute to put the Knicks in the lead. He started for the first time in three years and scored 19 points.

Terry Rozier was scary in this one, notching a career-best 33 points, including 8 three-pointers. Al Horford had a game-high 8 assists and the Celtics held the Kings to 7-26 three-point shooting.

.@T_Rozzay3 went off for a career-high 33 points tonight. (via @nba) pic.twitter.com/RNAQuSa5ly

CJ McCollum got to dancing on the perimeter and sank a contested midrange shot to give the Blazers the lead. They held on when Carmelo Anthony missed a potentially game-tying shot at the buzzer. CJ and Damian Lillard combined for 58 points.

Six Rockets scored in double-figures and they dished out 28 assists en route to their 60th win of the season, marking the most in franchise history.

Stephen Curry, Klay Thompson, Kevin Durant and Draymond Green all sat out with injuries and the Jazz took full advantage in the third quarter. They outscored the Dubs by 18 in that period. Donovan Mitchell finished with 21 points, Joe Ingles had 8 assists and Rudy Gobert pulled down 15 boards.