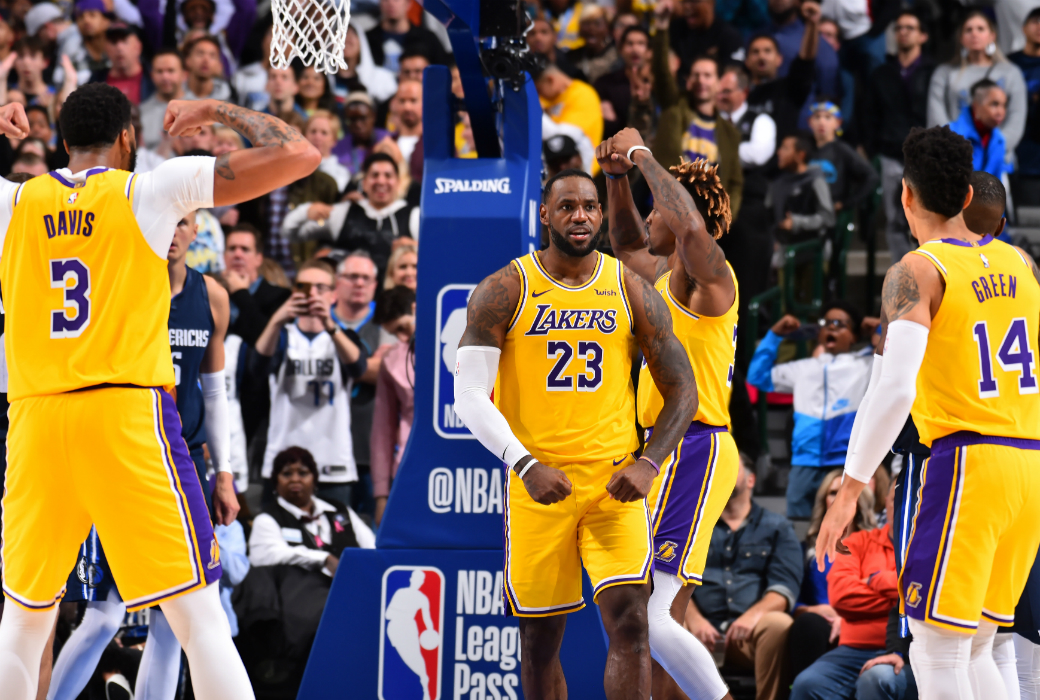 It took a balanced Nets effort to beat the explosive Rockets, and ultimately Kyrie Irving‘s late-game heroics were too much to handle. Irving had himself a 22 point, 10 assist double-double, while Taurean Prince (27 points, 12 rebounds) and Caris LeVert (25 points, four rebounds, four assists) also aided in the victory.

The Rockets may have had their three-game win streak snapped, but their superstar pairing is still putting up monster numbers. Russell Westbrook had 27 points, seven rebounds, eight assists and four steals, while James Harden, in what has become a regular occurrence, scored 36 points and tossed eight assists, which is actually his AVERAGE for the season. Dude is just ridiculous.

Both teams struggled to reach 40% from the field, but ultimately the Pacers came out on top through the brute force of Domantas Sabonis (18 points, 17 rebounds and two blocks) and Malcolm Brogdon‘s continued breakout season (25 points, eight rebounds and six assists).

Despite Kevin Love‘s super-charged double-double of 22 points and 17 rebounds, 95 total points just is not going to cut it in today’s fast-paced NBA.

Despite getting off to a rusty start, the Bucks made easy work of the Magic, stomping them by 31 points. Giannis Antetokounmpo had another phenomenal game, scoring 29 points, grabbing 14 rebounds, dishing six assists and snatching six steals.

No one stood out too much for the Magic, although Evan Fournier chipped in 19 points on an efficient 7-12 shooting in just 22 minutes.

Thanks to a magnificent Jayson Tatum fade-away buzzer beater, the Celtics buried the pesky Knicks in regulation. Kemba Walker has really started to acclimate well to his new environment, scoring 33 points and making all 14 of his free-throw attempts.

For the Knicks, Marcus Morris dropped 29 points and 9 rebounds, but overall, it looks like it will be another tough season in the Big Apple.

A battle of two middling Eastern Conference playoff teams may not look exciting on the surface, but in reality, we were treated to some quality entertainment. First off, any time Derrick Rose returns to Chicago, emotions run high, and that was reflected when the fans chanted “MVP” as Rose checked in for the first time. And while labeling Rose as an MVP is obviously superlative, he’s been a godsend to a Pistons team lacking playmaking options with Blake Griffin sidelined.

Rose added 23 points and seven assists off the bench, while center Andre Drummond continued his stat-stuffing binge, scoring 25 points and swallowing 24 rebounds. For the Bulls, Zach LaVine and Otto Porter led the team to victory with 26 and 22 points, respectively.

This game has an early case for Game of the Year. We were treated to a vintage LeBron James performance, as the King put up a crazy 39 points, 12 rebounds, 16 assists and four steals, as well as the perfect pass to Danny Green to force OT. In addition, the King hit a dagger step-back 3 to seal the deal. Anthony Davis also showed out with 31 points and eight rebounds.

The Mavericks took a tough loss, but they have to be even more ecstatic with Luka Doncic‘s progression from star to superstar. Doncic was phenomenal last season, but many Mavericks games were not competitive. To see him absolutely ball out to the tune of 29 points, 13 rebounds and 15 assists in a primetime game is a sight to behold. Long live Luka.

The Kings are winless no more! After a surprising 0-5 start, Sacramento gutted out a gritty victory over the Jazz. Guard De’Aaron Fox led the way with 25 points, five rebounds and four assists, as well as this acrobatic circuit shot. It’s hard to explain how this even went in:

But it would have been all for nothing if Harrison Barnes didn’t come up clutch with the put-back.

Patty Mills exploded for 31 points off the bench as the irrepressible Spurs moved to 4-1, while the Warriors embarked on life without Stephen Curry, who tragically broke his hand against the Suns.

D’Angelo Russell enjoyed the increased spotlight, as he dropped 30 points and eight assists in the loss, albeit on 9-24 shooting. After five years of dominance, it’s going to be a tough season for the Dubs.