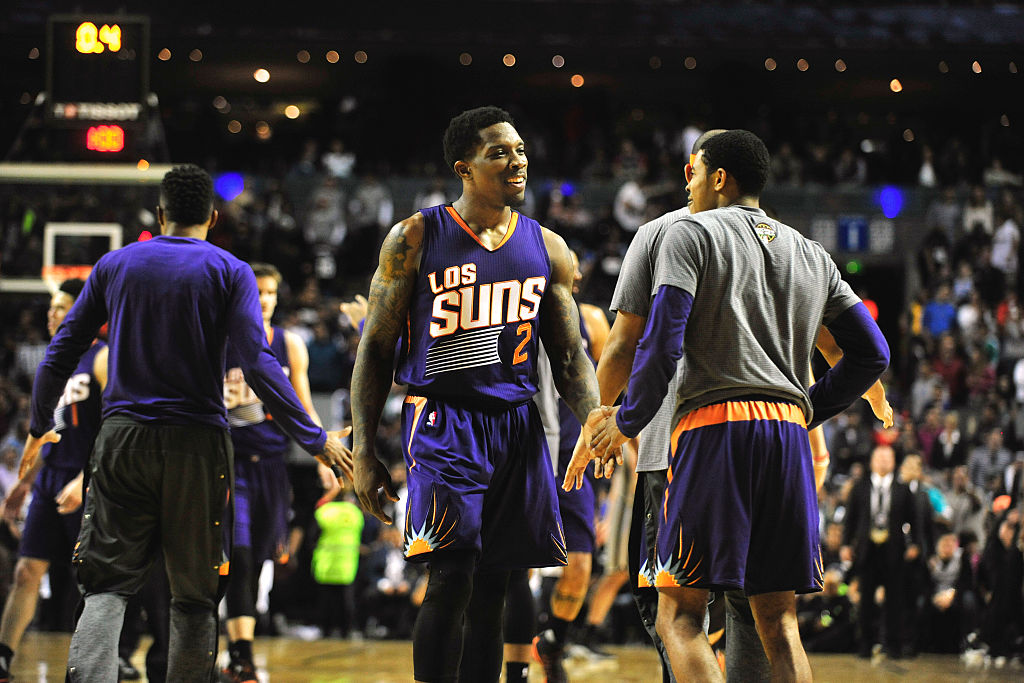 Devin Booker tied his career-high with 39 points in the Suns’ second straight game in Mexico City. Booker, who had scored 28 fourth quarter points in Thursday’s loss to the Mavericks, is now averaging a torrid 31 points on 54.9% shooting over his last five games. As teammate Jared Dudley pointed out, Booker has taken to Mexico City quite well.

The new mayor of Mexico City @DevinBook aka El Booko!!!! That boy still hot on this plane 😂😂 https://t.co/ESskQIW2NF

Kawhi Leonard dropped 38 points, while Manu Ginobili and Tony Parker combined for 30 in the close loss. As Adam Silver indicated early Saturday, the NBA is looking to build upon their growing market in Mexico City.

“The next step before we start talking about a franchise in Mexico City is to bring more games here, and we have this two regular-season games and whether we bring additional regular-season games next season or do some sort of tournament with several teams playing each other, that is something that we are looking at.”

DeAndre Jordan was locked in, scoring 24 points with 21 rebounds in the Clippers’ sixth straight W. Chris Paul connected with Jordan on several lobs, including this funny interaction:

Jimmy Butler returned to the Bulls’ lineup in a big way, scoring 28 points with four steals after missing the last three games with a flu. Buckets had scored 20+ points in the six games leading up to his illness, and – as evidenced by Saturday’s performance – he’s clearly back at full strength. Dwyane Wade added 22 points, while Taj Gibson double-doubled (16r, 15p). Anthony Davis, who had missed the Pelicans’ last game against the Nets with a bruised hip, was stellar in his return to the court; scoring 36 points with 14 boards.

Just when it appeared Jahlil Okafor was exiled from Brett Brown’s rotation, the former Blue Devil dropped a game-high 26 points with nine boards. The Joel Embiid-less 76ers were unable to top the Wizards, however, as John Wall went for 25 points, seven boards, and seven dimes over 30 minutes. Timothe Luwawu-Cabarrot had the best game of his young NBA career, scoring 12 points with six boards and a pair of assists. While he only scored two points on the night, Nik Stauskas provided a memorable highlight by crossing up Kelly Oubre Jr.

The Magic scored a season-high first quarter points, but were unable to capitalize on their momentum; scoring 42 in the second half. Elfrid Payton had a huge game off the bench while D.J. Augustin went scoreless in a starting role.

Elfrid Payton with the throwdown! https://t.co/dIpcMAKiIo