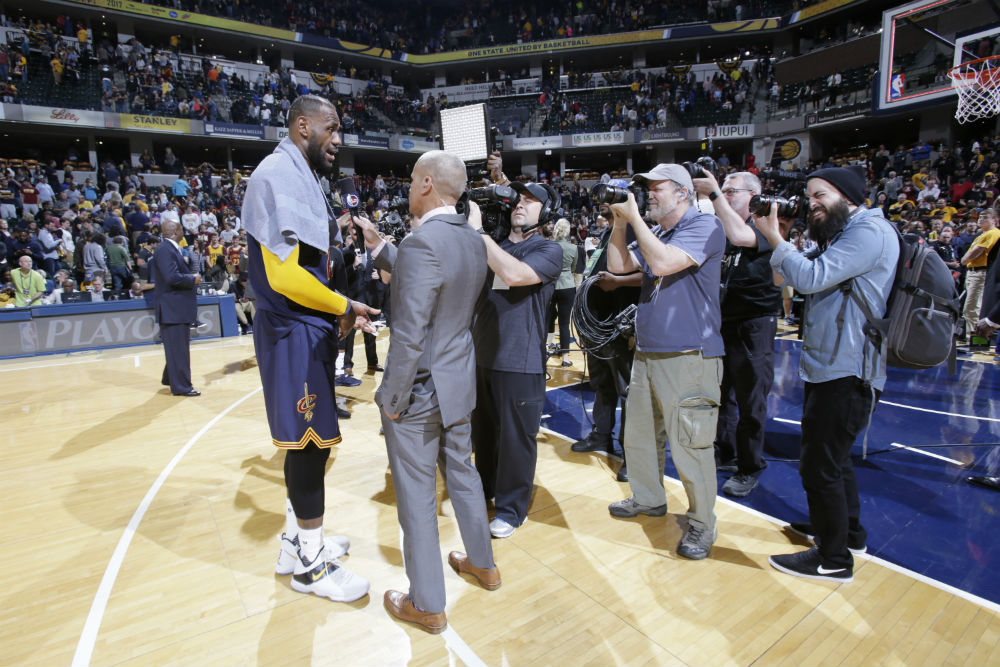 LeBron James has not lost a first round playoff game since 2012. The King dropped 33 points and nailed a clutch three-pointer in crunch time to help the Cavs secure this W.

The last 20 seconds were insane. After the Pacers turned it over, J.R. Smith gave the ball right back by attempting a questionable behind-the-back pass. Paul George had a chance to tie it with a trey, but could not convert.

Send it to Springfield pic.twitter.com/wBeumrV9rD

After the game, coach Tyronn Lue told the media with a smile that he “didn’t see” J.R.’s turnover. It doesn’t matter now, as the Cavs are moving on to round 2.

The unlikely hero of this one was veteran big man Nene Hilario, who scored 28 points on a perfect 12/12 from the field.

OKC had their chances down the stretch, especially following a miraculous three-pointer by Westbrook, but the Rockets were able to hold on.

Adams gathers the rebound off his deliberately missed free throw for the Westbrook three-pointer! pic.twitter.com/pFWUWkzTqA

Russ recorded the fastest triple-double in postseason history, achieving the feat by halftime. He finished with 35 points, 14 rebounds, and 14 assists, and joined Wilt Chamberlain as the only players to record three consecutive playoff triple-doubles.

After the game, a reporter tried to ask Steven Adams about the team’s struggles with Westbrook off the floor. The Brodie was not happy.

Isaiah Thomas was the story tonight, scoring 33 points in a big time road victory. Chicago head coach Fred Hoiberg told the media that he believes the Celtic point guard gets away with carrying the ball.

Things definitely got chippy during this one.

Things got chippy in Chicago 👀 pic.twitter.com/Ze4vp9q2TT

Jimmy Butler, who carried the Bulls with 33 points, called Marcus Smart a “great actor” in his postgame press conference.

Game 5 is Wednesday. Get pumped.

With the Jazz trailing by five in the fourth quarter, iso Joe Johnson came to the rescue. The seven-time All-Star scored 11 straight points to help put his team on top, finishing with 28 overall.

Joe Ingles and Rodney Hood also hit clutch baskets for Utah, who were without Gordon Hayward in the second half due to food poisoning.

Big man Rudy Gobert made his return to the court tonight and finished with 15 points, 13 rebounds, and 2 blocks on 6/6 shooting.