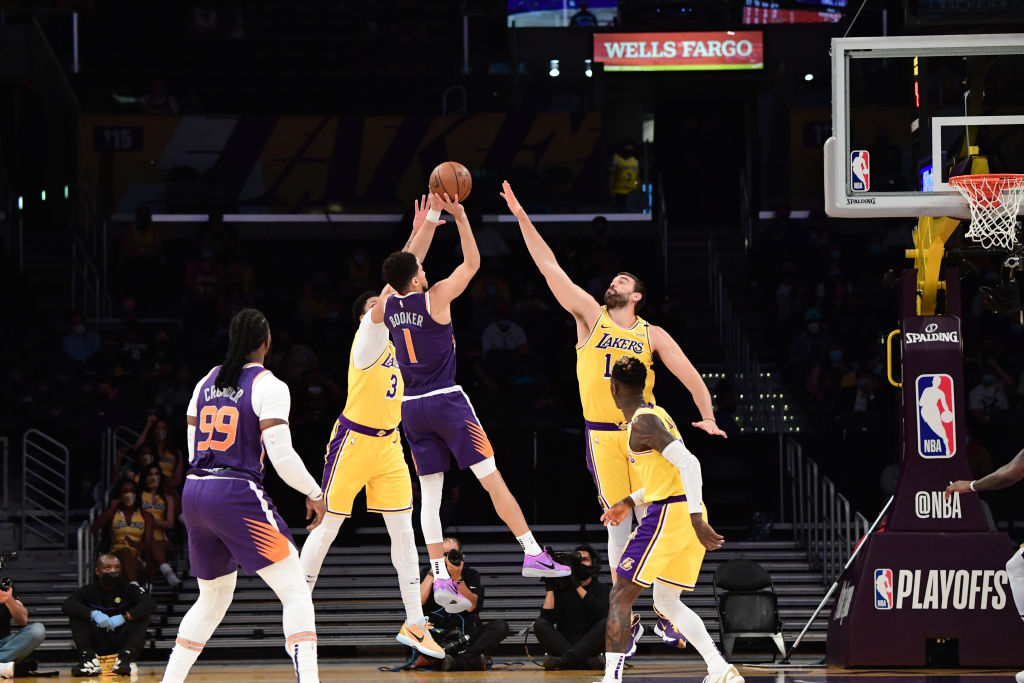 Thursday night’s slate of NBA action featured two elimination games that send the Los Angeles Lakers and Portland Trail Blazers packing. With the Phoenix Suns and Denver Nuggets advancing, second-round matchups continue to come together as the two winners will face off next.

We’ve broken down each of the Thursday’s matchups below.

While the Nuggets struggled early overall, Michael Porter Jr. kept the team afloat with 22 first quarter points. From there, MVP-favorite Nikola Jokic finished the job with a final line of 36 points, eight rebounds and six assists. Monte Morris continues to fill Jamal Murray’s void as well as Denver could ask, finishing with 22 points and nine assists off the bench.

For Portland, there will be decisions to be made this offseason as the duo of Damian Lillard and CJ McCollum once again fall short in the playoffs. After the best postseason game of his career earlier this week, Lillard finished with just 28 points in this elimination game, although he dished out 13 assists. The Nuggets will take on the Phoenix Suns in round two of the playoffs.

Although Anthony Davis returned in Game 6 for the Lakers, he re-aggravated his groin within five minutes of the game and would not return. Devin Booker set the tone early, scoring 22 first-quarter points while the Lakers scored only 14 points as a team in the opening frame. Los Angeles clawed back into the game late, but Phoenix held on.

This marks the first playoffs series win for the Suns in 11 years. It’s well deserved, as Chris Paul and Devin Booker are the perfect duo for the biggest of stages. LeBron James and the defending champion Lakers will head home, as there will officially be a new NBA champ this season. The Suns will take on the Denver Nuggets in round two of the playoffs.