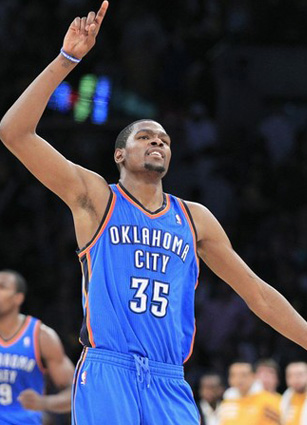 Blake Griffin showed up in a big way  Saturday afternoon at Staples Center, but his best effort of the Western Conference semifinals, however, wasn’t enough. Typically, 28 points on 13-of-24 shooting from the floor, 16 rebounds, 3 blocks, 2 rebounds and a pair of assists should get the job done and put the Los Angeles Clippers in position to win. Not against the San Antonio Spurs though. We’re talking about a different animal. A different beast. Even with all of the things Griffin brought to the table, the Clippers were in some serious trouble.

The mood in the locker room afterward was one of desperation. Griffin & Co. have little, or no, chance in the series at this stage of the game. For all intents and purposes, this one is over. It was right from the start. A good indication of that was the fast start by the Clippers on Saturday. They jumped out to a 24-point lead and Griffin scored 20 points in the first half.

There wasn’t much panic in the Spurs camp, of course. They went on a run of their own, a 24-point scoring spree in the second half. With that, the once thought to be insurmountable advantage was a thing of the past. So was Griffin’s stat line. No one will remember what the box score said after this one. No one will remember the Clippers putting up much of a fight. An end to the series inevitable as Game 4 is Sunday night.

“If we don’t play with that sense of urgency, it’s not going to be pretty,” Griffin said.

There was no urgency from the Clippers of their normally raucous rooters during the second half on Saturday. The Spurs held their counterparts to eight points in the third quarter. Eight points! You could hear a pin drop in the building. San Antonio, on the other hand, played well and outscored Lob City by 18 points right after intermission. A 24-0 run capped by a fadeaway jumper from Tim Duncan gave the Spurs the lead. He scored nine points during the outburst. Danny Green got in on all the fun and scored seven points in that stretch. Kawhi Leonard added five points of his own. All the while, Griffin was seemingly helpless. Everything he had done was seemingly erased.

Duncan was calm, cool and collected. He knew it was a matter of time before the Spurs rallied. “We didn’t plan on being down that much. We stuck with it,” said Duncan who finished a well-rounded effort with 19 points, 13 rebounds, 4 assists and 3 blocks.

Tony Parker was not fazed. Not the least bit. He knew what needed to be done and was determined to make it happen. And 23 points, to go along with 10 assists later, Parker did indeed deliver. “They came out like we expected, very strong,” he said. “Blake was making crazy shots. We just took our time. It’s a long game, a very long game. At halftime, we were very calm.”

Bottom line: Griffin put his best foot forward and the Clippers still came up short. Break out the broom, the Spurs look like they’re about to finish this thing off with the sweep. —Sean Ceglinsky (@seanceglinsky)

As Russ and KD entered the press room post game, the laughs from the scribes rang out. Westbrook—fitted in glasses with no lenses, red denim jeans and a tight designer shirt dipped in the color wheel—stopped as he sat down. “What are y’all laughing at?” The feisty PG had just finished giving the Lakers a blurry 37 points (15-26) and a heartbreaking loss. “Oh, I know,” Westbrook said with a massive smile.

OKC’s magical duo put together a memorable performance Saturday night at Staples Center, combining for 68 points and highlights for days. After trailing the majority of the game, the Thunder put together a phenomenal run with about eight minutes left in the game and down 13. With the game tied at 81, Pau Gasol passed up an open look faced up on the right block, forcing a pass to Metta World Peace on the perimeter that was easily stolen by Durant. Matched up one-on-one with MWP on the offensive end, Durant lulled him to sleep with a few dribbles before pulling a nasty three-pointer from 26 feet for the kill shot.

The Lakers immediately called timeout and even though there was 14 seconds left in the game and Kobe Bryant on the floor, a positive outcome for the Lakers didn’t feel possible. They had led the majority of the game and the three from Durant hushed the crowd. Kobe inbounded the ball and got it right back, dribbling to the top of the three-point line and unleashing a jumper that bounced off the side of the rim. James Harden added two free throws after being fouled and Kobe added a meaningless jumper as time expired, the Thunder hanging on for the 103-100 come from behind win.

“I wanted to run the shot clock down and get the last shot,” Durant explained. “I had been going to the rim and they did a great job swiping and contesting at the rim. I saw Artest backing up just a hair and I shot it. It left my hand and I was thinking, ‘If this doesn’t go in it’s going to be a terrible shot and they’re going to criticize me a lot.’

Even though he was on fire late in the game, Westbrook made it clear who the Thunder look to in the clutch. “He’s the best scorer in the game and has proved it all season long,” Westbrook said of his running mate. “My job as a point guard is to let him finish off games for us like he’s been doing all year and he did a great job of it tonight.”

In addition to his late game heroics, Durant did a great job on the defensive end when he switched to Bryant late in the game at the request of Thunder coach Scott Brooks.

“There was no conversation, he just told me you get him,” Durant explained.  “I had to go guard him I couldn’t tell coach no–I didn’t want to back down from a challenge”

Bryant finished with a game-high 38 points (12-28) and added 8 rebounds and 5 assists, but was 2-10 in the 4th quarter. He was hot early on, driving to the basket at will on Thunder guard Thabo Sefolosha, who played him tight to take away his jump shot, relying on his quick feet against drives to the lane. But Bryant was too fast and was getting to the cup with ease.

Durant used a different strategy when he was finally deployed. He played off Bryant a bit, trying to entice him to pull jumpers. “He’s an unbelievable player as everybody knows in the world—one of the best to play the game,” Durant said. “He can score so many different ways. I am tall and I have long arms so I just tried to space it a little bit and kind of cut him off and make him take tough shots. He makes them sometimes. I just try to put a hand up and hopefully he misses.”

Kobe seemed extremely pissed after the game. He said the Thunder did a good job surrounding him and fronting Andrew Bynum in the second half.

“Pau’s got to be more assertive,” Bryant declared. “He’s the guy that they’re leaving. When he’s catching the ball, he’s looking to pass. He’s got to be aggressive. He’s got to shoot the ball. He’s got to drive the ball to the basket.”

Bynum scored 18 points and 9 rebounds but was disappointed about his looks in the second half. “They started running in transitions, I didn’t touch the ball, so the game started speeding up,” he said. “They beat us in transition at the end.”

The Thunder can close out the series on Monday night in OKC. —Nima Zarrabi (@NZbeFree)