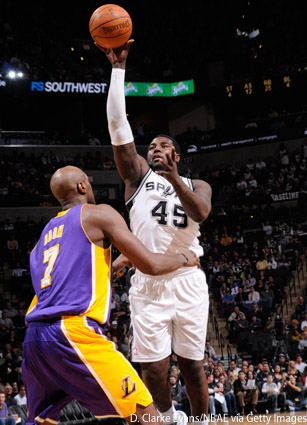 First off, a huge thanks to Ben for holding it down in my absence last night. Pretty cool to see the team manager step out onto the field and pinch hit, and even cooler to see him hit a home run in his first swing. Respect.

Second, a confession: I missed the games last night. I was at Magic-Nets two nights ago, then was up all of the ensuing 10 or so hours taking care of a freelance assignment, and then needed to run around getting various ish done yesterday. Needless to say, I got home post-dinner, attempted to stay awake long enough to watch the games, and failed. Terribly. And, despite what some may think—you know, those who provide the occasional OMG how did you not mention Luis Scola had 12 rebounds?! You clearly weren’t even watching!!! comments, which are kinda my favorite and keep me on point,  so don’t let this deter you from dropping ’em—I actually do check out all of the games (or as many as possible) and can be found browsing through League Pass on a nightly basis. But do not fear. I’ve been skimming recaps, checking out highlights, and rolling through TiVo’d action because it’s fun it’s business time. Though it’s fun business, so I don’t mind. Anyway anyway, let’s do this thing.

So, that Celtics defense is tough. Real tough. It held the Pacers to only 83 points off 37.2 percent from the field, opening the door for Boston to cruise to the easy W. Paul Pierce led the C’s with 21, while Kevin Garnett went for 11 and 13. Their mini-road trip continues tonight in Detroit, and the countdown until the Rondo Return is officially on. They’ve won 15 of 16, a strong run that should only pick up when their point man gets back on the court.

Make fun all you’d like, but few things excite me like a hungry group stepping up, ready and capable of taking down one of the pre-hyped—by themselves and the media at large—contenders. It’s why I’ve been walking around giddy about the Spurs for the past month (more on that later), and it’s why, after watching them in person Monday night, I couldn’t be more thrilled about the Magic. Bringing Hedo (9 points, 6 boards, 5 dimes) back was brilliant (or just necessary), and the ability to have Jason Richardson (12 points) or Hedo on the floor at all times, along with Gilbert Arenas (22 points, 11 dimes) to run the offense when the starters are resting—let’s just say they’re gonna be tough as hell to beat come May. The win was their fourth straight, and though they didn’t exactly take down the L’s best, it’s still four in a row for a team that’s ran only a single full practice. The Cavs did put up a fight, though the Magic’s 35-21 fourth quarter advantage busted things open during the final 12 minutes. And Orlando’s 19 three-pointers? I’m just gonna note that allowing these guys 57 points from beyond the arc is a bad idea and move along.

My eyes closed as this one began, meaning I caught the first few minutes and saw just about all that needed to be seen. I realize that after the miserable first quarter, they came back and made a half-decent effort to create some competition, but the way they were dominated in the opening stanza ultimately set them too far aback. From what I’ve gathered in box scores, recaps and my own personal knowledge of the Knicks and how things tend to work with them (usually I don’t even watch or read about the Knick games, I just write what I figure took place and it’s generally pretty accurate) (I’m kidding), it seems the Heat clogged the lane, slowing down NY’s primary offensive weapon (the p-&-r), and utilized their absurd athleticism to close out potential three-point shooters, which canceled out NY’s secondary offensive weapon (the long ball). Given that they have no tertiary offensive weapon, the Knickerbockers were pretty much screwed from there. Dwyane Wade threw down 40, LeBron James (18-10-8) and Chris Bosh (18-10-4) both put up solid and eerily similar stat lines, and Zydrunas Ilgauskas went for 14 and 10 and absolutely dominated the paint early on. Amar’e Stoudemire led the Knicks with 30, and his crew will have another chance to defeat a top contender Thursday in Orlando. Good luck. (Copyright: The creepy dude in Taken.)

After a back-and-forth first two quarters, the Bulls held the Bucks to only 32 second half points, pulling ahead in the final period behind a series of Derrick Rose (18 points, 12 assists) and Carlos Boozer (24 points, 9 rebounds) pick-and-rolls. Chicago has won 11 of 13, and is picking up steam as the two names just mentioned continue to jell and gain chemistry. Hard to tell if these dudes will be able to challenge the upper-echelon of Eastern Conference squads, but as of now it looks like they’re headed in the right direction.

With Dirk Nowitzki (sore knee) sidelined for the first time in a long, long while, the Raptors took full advantage, earning the victory behind strong nights from Ed Davis (17 points, 12 boards), DeMar DeRozan (16 points) and Linas Kleiza (16 points). Also, props to the usually-foul prone Amir Johnson for playing 42 minutes and only picking up 4. Lastly: Get well soon, Dirk. And by “soon” I mean “Before Thursday night,” when the Mavs host the Spurs.

Still playing without Carmelo Anthony (death of a family member), the Nuggets finally stepped up, ending a three-game losing streak to take down the short-handed Blazers. (Brandon Roy, Joel Przybilla and Marcus Camby were all out with injuries.) All five Denver starters managed to score in double figures, as veteran leader Chauncey Billups led the way with 18. The Nugs are in Minnesota tonight.

I can’t tell if this was the official “We’re here!” moment for the Spurs, or the official “We’re in trouble!” moment for the Lakers, or both, but either way, this one should mean a lot—in one sense or another—to both franchises. The Spurs simply had their way, playing well behind Tony Parker (23 points, 3 assists) and some solid defense. They frustrated Kobe (who scored 21, was T’ed up for the third straight contest and got in George Hill’s face a couple times), and just held down the Lake Show with consistency on both ends, holding them to only 35.4 percent shooting from the floor.

Moment of the Night: The Knicks might not have gotten the W, but they did accomplish the in-your-face posterization thing pretty nicely. That counts for something, right? Maybe a little? (Video via @outsidethenba.)