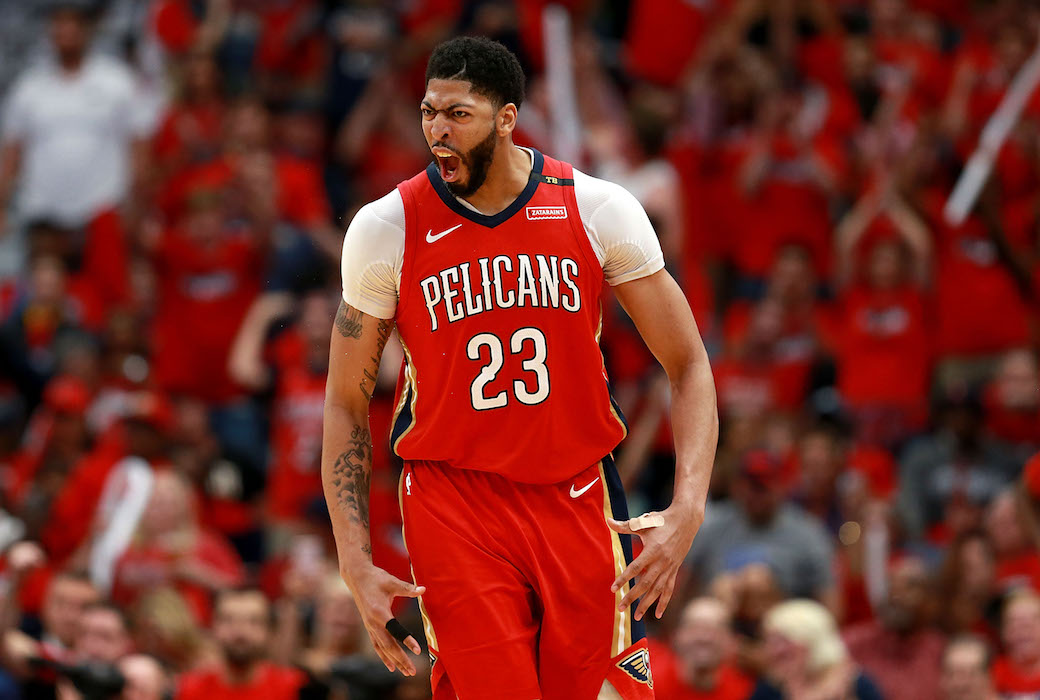 The Pelicans went up by 16 after the first quarter and never looked back, cruising to a win and a commanding 3-0 lead in this best-of-seven series. With Game 4 at home and history on their side — no team has ever won a series after going down 3-0 — the Pelicans seem destined for the Second Round. Nikola Mirotic led the way on Thursday with a career playoff high of 30 points on 12-15 shooting, while Anthony Davis went for 28 points, 11 rebounds, and plenty of highlights.

My goodness. Anthony Davis came FROM OUT OF NOWHERE (via @NBA) pic.twitter.com/UY9cXvBunG

That kinda night so far for the Pelicans. 💪

We looking at a 3-0 series? (via @NBA) pic.twitter.com/VzefolaCd7

CJ McCollum scored 22 to lead the Blazers, but as a team, Portland committed 24 turnovers. They also shot only 29 percent from three.

New Orleans will go for the sweep on Saturday in a 5 p.m. ET tip-off.

Joel Embiid scored 23 points and grabbed seven rebounds in his first career playoff game, helping the Sixers earn a win on the road and take control of the series. Embiid admitted after the game that the mask he has to play in as he recovers from an orbital fracture bothered him, but it didn’t matter as he went on a personal 7-0 run in the fourth quarter to put the game away.

Embiid wasn’t the only Sixers player with a big night. Ben Simmons flirted with a triple-double, scoring 19 points to go with 12 rebounds and seven assists. Dario Saric and Marco Belinelli each scored 21 as well.

As for the Heat, Justise Winslow was the story of the first half. He scored all 19 of his points before halftime on four made threes. Goran Dragic had 23 to lead the team.

Right down the middle. pic.twitter.com/FTIUEZYTZa

The Spurs hung tough in an emotional night in San Antonio, but the Warriors methodically built their lead throughout the game to move to within a win of the Second Round. Playing without their head coach Gregg Popovich, who did not coach the game following the tragic death of his wife on Wednesday, the Spurs kept the Warriors in check in the first half, trailing by just six at the break.

Ultimately, however, Kevin Durant was too much. He had 26 points, nine rebounds, and six assists. Klay Thompson added 19 of his own. For the Spurs, LaMarcus Aldridge had 18-and-10. San Antonio shot only 41 percent for the game and went 7-33 from three-point range.