Steph Curry dropped 46 points on the Timberwolves, while the Heat eked out a win over the Jazz. 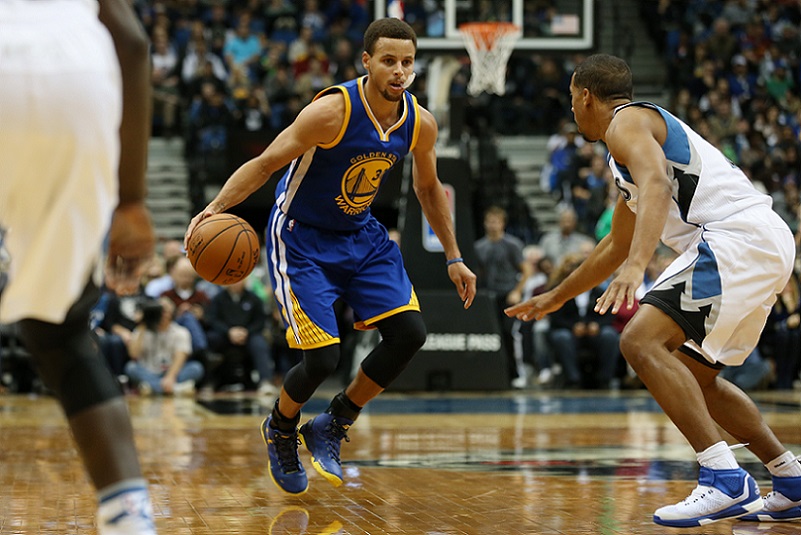 Steph Curry led the way with 46 points (21 coming in the first quarter alone), four assists and two steals as the Warriors improved to a perfect 10-0 on the season. The Warriors have continued their dominance of the Timberwolves; emerging victorious in 19 of 23 match-ups dating back to 2009.

With a third quarter shot from downtown, Chris Bosh set a new career-high with 11 straight games recording a three-pointer. A nice coup for the big man, who would notch 25 points, eight rebounds, and four blocks in Thursday’s close victory over the Jazz. Hassan Whiteside got in on the action as well, posterizing Derrick Favors with a one-handed slam.

Brandon Knight was on a mission Thursday night, racking up 37 points along with four assists. The Clippers played short-handed after the second quarter, losing Blake Griffin to an ejection after an apparent no-call.