Andre Drummond went off for 19 points and 20 boards, Cleveland remained undefeated, and more from Saturday. 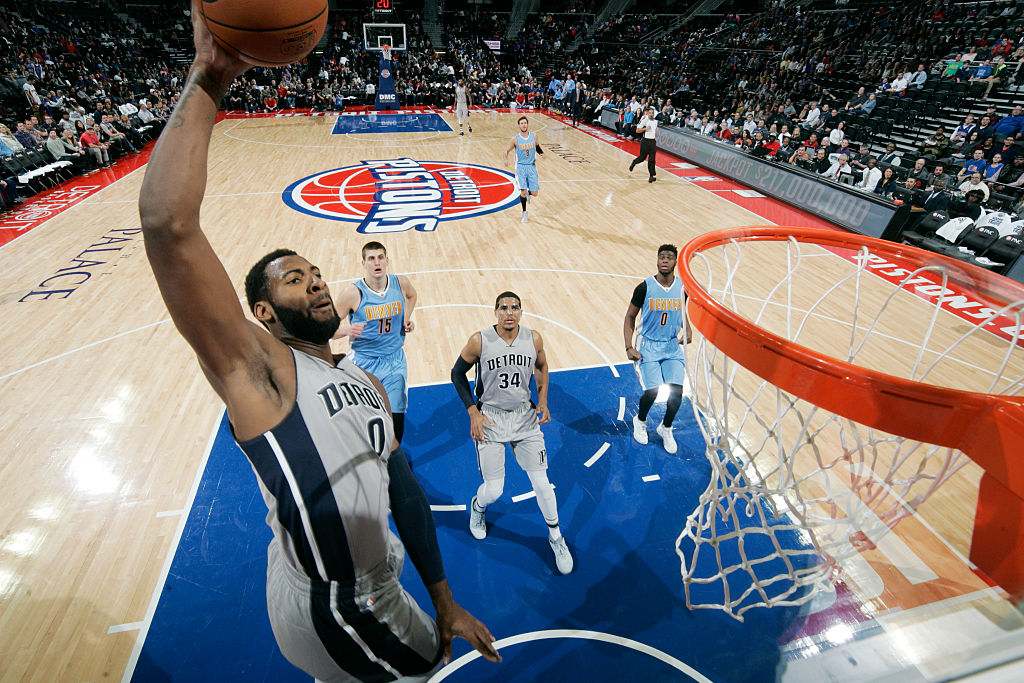 Andre Drummond was on fire tonight, grabbing 20 boards with 19 points. Just days removed from being benched against the Brooklyn Nets, and sharply criticized by coach Stan Van Gundy, Drummond returned to form with an electric performance. The Pistons have gotten off to a terrific start despite Reggie Jackson’s absence (the 26-year-old should return to the court within the next week). Denver’s starting five committed 12 combined turnovers…not exactly a winning recipe. Nikola Jokic had a rare off-night, and sophomore point guard Emmanuel Mudiay sunk to a dismal 30.2 field goal percentage on the season.

Karl-Anthony Towns dropped 33 points on OKC (including this ridiculous spin-move on Joffrey Lauvergne), but the Thunder would prevail thanks to 28 points from Russell Westbrook. OKC has gotten off to a stellar start in 2016-17, with their sole loss coming to the defending Western Conference champions. Enes Kanter – who chipped in 29 points off the bench against Minnesota – threw some shade at Kevin Durant after the game.

Enes Kanter, asked about Westbrook: "He's the leader of the team this year. And last year." Kanter walks off laughing, "I had to say it!"

Atlanta snapped a two-game losing streak despite 30 points, 12 assists, nine rebounds and three steals from James Harden. Paul Millsap stuffed his stat sheet with 23 points and five steals, while Dwight Howard broke out for 20 points and 14 boards; his fifth double-double in six games with the Hawks. Following the win, Dwight wasn’t even fazed by the dreaded Baze Gaze.

His response: "That's the ugliest face ever." 😂😂 pic.twitter.com/wOb9qcpp8S

Despite a scheduled night of rest for John Wall, Bradley Beal and the Wizards hung in surprisingly well against the Magic. Orlando’s bench shot 44% from the field, however, resulting in their third straight W. Otto Porter and Marcin Gortat grabbed a combined 27 rebounds while Markieff Morris scored 18 points (despite missing a potential game-winner at the buzzer).

So close for @WashWizards Despite the loss it's good to see the team, #Wizards family, supporting Markieff Morris. #dcFamily #WizMagic #FOE pic.twitter.com/u9czSpoc6S

The Kings will be hard-pressed to win when Garrett Temple leads the team in scoring. Jabari Parker and Mirza Teletovic scored 19 and 22 points, respectively, in Milwaukee’s 26-point rout of Sacramento. The Bucks got the whole team involved in the W, including rookie Thon Maker.

The 76ers may be winless early in the season, but they look drastically improved compared to last year. The emergence of Joel Embiid has been a contributing factor; “The Process” scored a team-high 22 points, and chased down LeBron James for an impressive swat. King James (25 points) and the Cavs would ultimately remain undefeated, and LeBron even picked up a milestone along the way.

Following a pedestrian offensive stretch for Jeff Teague (7.3 points over his last four games), the eight-year veteran tallied 21 points and six dimes against Jimmy Butler and the Bulls. Dwyane Wade’s offense was non-existent in this one; scoring just four points on 1-of-9 shooting. Bobby Portis continued his solid work off the bench, scoring 16 points in just 18 minutes of court time.

L.A. scored 39 first quarter points and never looked back, cruising to a decisive win on the road. Blake Griffin scored 28 points in a standout performance, and Jamal Crawford added 16 off the bench. Tony Parker and Danny Green received nights of rest, but Gregg Popovich’s squad was otherwise at full strength for this back-to-back game.