Anthony Davis, Giannis and Jokic all score 40 or more, plus Draymond Green gets a historic triple-double. 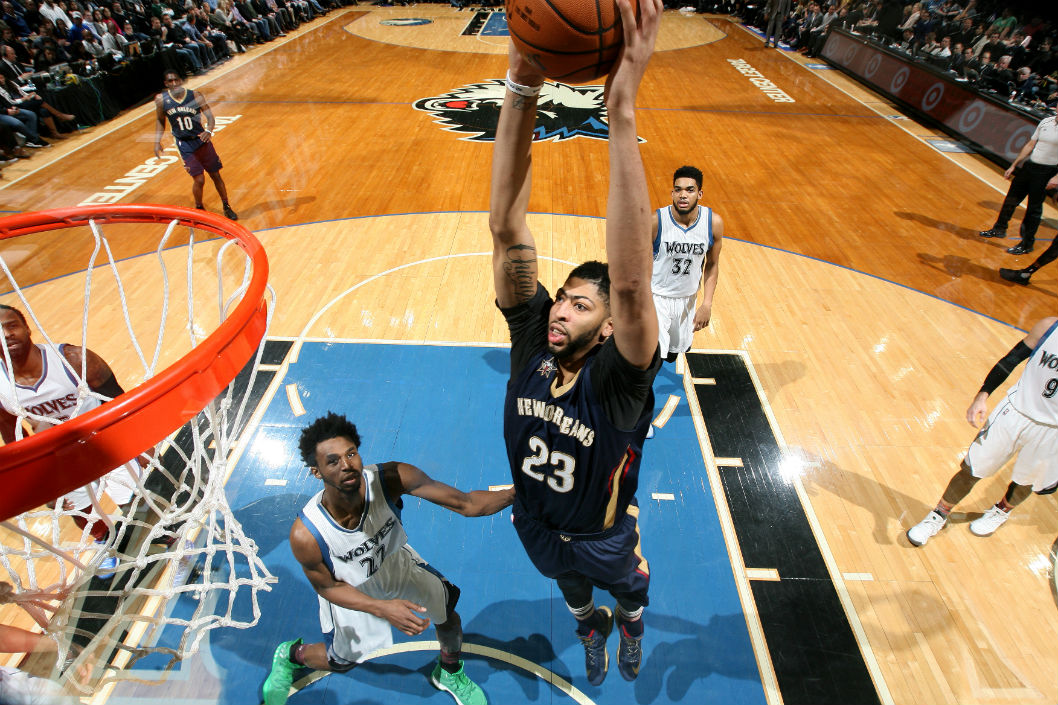 With tonight’s win, the Heat are on a 13-game winning streak, their longest since the LeBron era. Miami made their run in the third, holding the Nets to 19 points. James Johnson scored a season-best 26 for the Heat. The Nets have lost 12 straight.

Nikola Jokic put in 40 points for the first time in his career. He shot 17-23 from the floor and also had 9 rebounds and 5 assists. Five other Nuggets scored at least 13 points. Denver made their run in the third, outscoring the Knicks 36-22. After the game, Knicks coach Jeff Hornacek blasted his squad, calling them “terrible” on defense.

Knicks could've used Oak to slow down Jokic tonight. 40 for the Joker. pic.twitter.com/OrwDrIRVNx

Dewane Dedmon had 17 points and 17 boards tonight. The Pistons continually lost him and the rest of the Spurs. The silver & black led for the whole game, and thanks to Dedmon, outrebounded Detroit 52-39. Kawhi Leonard put in 32, his sixteenth game of 30 or more this season.

The Lakers scored 47 in the first quarter, the most in any quarter by any team this season. They rode that to 76 in the first half, then held off the Bucks’ late charge, despite a career-best 41 from Giannis Antetokounmpo. Nick Young had 26 for the Lakers and Lou Williams came off the bench for 21 points in 19 minutes.

While Klay Thompson’s 36 points and 8 three’s handled the scoring, this game belonged to Draymond Green. Green made sure the Dubs wouldn’t lose to the Grizzlies for a third time this season. He had 4 points, 5 blocks, 10 steals, 10 assists and 12 rebounds . It’s the first triple-double ever where a player didn’t score at least 10 points. The Dubs led for the whole game. It’s Green’s fourth triple-double of the season.

Draymond been a beast tonight. pic.twitter.com/XmMXWCKqjc

John Wall put in 26 points and 14 assists, Markieff Morris had a season-best 26 and Marcin Gortat went for 14 points and 16 rebounds. The Wizards held off the Paul George’s 31 points with Wall’s clutch play. The All-Star scored or assisted on 8 of Washington’s final 9 points.

The Pelicans used big games from Anthony Davis (42 points and 13 rebounds) and Jrue Holiday (25 points, 12 assists, 6 rebounds, 5 steals) to outlast 36 from Karl-Anthony Towns and 29 from Andrew Wiggins. Things went back and forth until the second half, when the Pels built a 21-point lead. Before then, there were 16 lead changes and seven ties. But New Orleans’ 60% shooting from the field was too much for Minny to overcome.

So easy for AD. pic.twitter.com/GynBtD9ajo

Devin Booker had 27 points and Eric Bledsoe put in 23 and 8 assists, helping the Suns overcome Tyson Chandler’s first half ankle injury. After overcoming a 9-point deficit in the first half, Phoenix opened up a 20-point lead. Jimmy Butler had 20 in the loss. Chicago’s dropped three of their last four.

Suns are fun to watch. pic.twitter.com/XwtIMkOSj0

Sacramento trailed almost the entire game and didn’t take their first lead until Matt Barnes scored on an offensive rebound to put the Kings up 102-101 with 1:14 left. The teams then traded the lead five times before Darren Collison’s banked in the game-winner. Collison, Ben McLemore and DeMarcus Cousins scored 22 for Sac and Tim Hardaway had 28. The Kings fought back from a 22-point disadvantage. 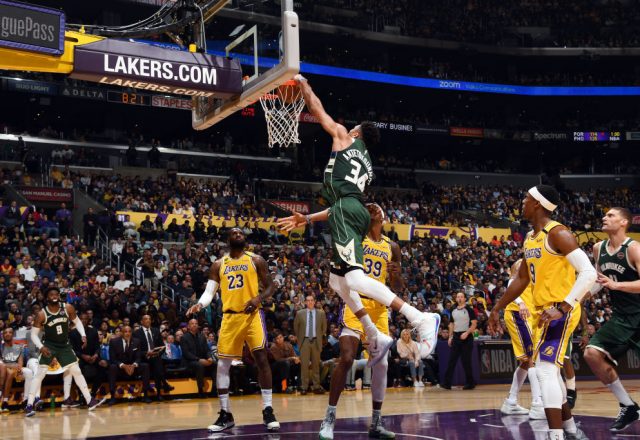