Post Up: Rockets Win In Historic Fashion And Jazz Stunningly Beat Up OKC 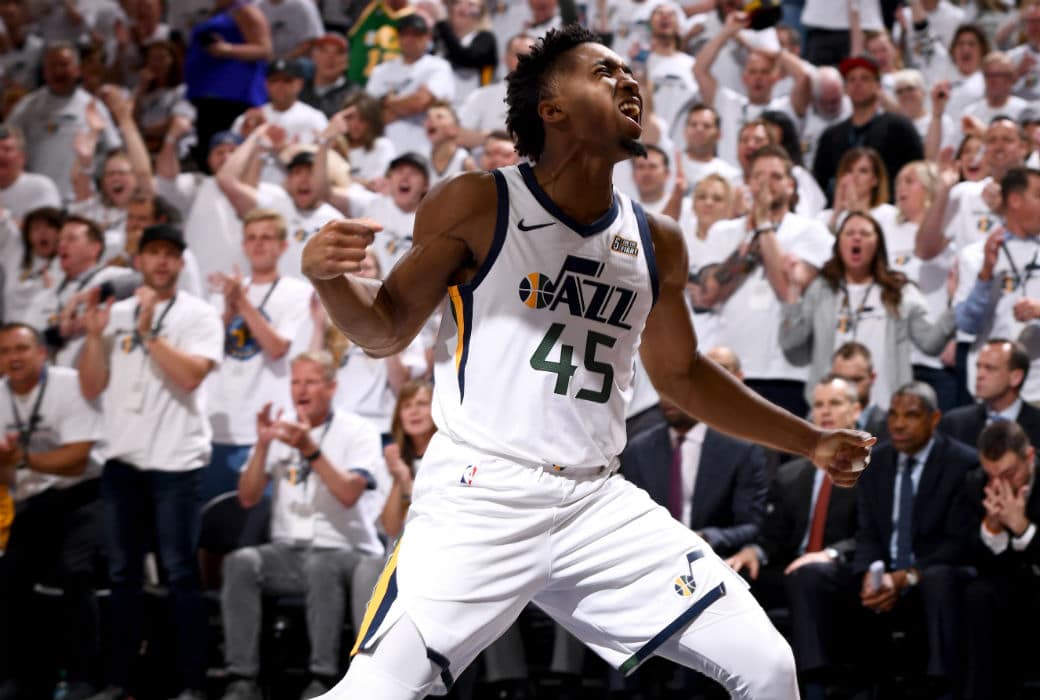 It took the Rockets 3.5 games to really get going in this series but when they finally did, it was in record-setting fashion. After scuffling through the opening 24 minutes, Houston led just 50-49 at the break following a Derrick Rose second quarter resurgence than made the score a little more competitive.

Then, in the third quarter, the Rockets did what they’ve done all season: dominate. Houston scored 50 points — a NBA playoff record for points in a third quarter, just one point short of tying the record for points in any quarter — in the frame to completely take advantage of a pivotal Game 4, and now can clinch at home. James Harden (36 points on the night) scored 22 of those points, outscoring the entire Timberwolves team by two.

The Beard #Rockets his way to 22 in the 3rd as HOU scores 50!#NBAPlayoffs pic.twitter.com/HXPhPv6Oh2

Chris Paul (24 points, 6 rebounds, 6 assists, 5 steals) and Clint Capela (14 points, 17 rebounds) had big games too, but it was really a team-wide effort to bury the Timberwolves in that crazy third quarter. It just felt like Houston couldn’t miss, at all, and Minnesota just couldn’t keep up. Karl-Anthony Towns (22 points, 15 rebounds) bounced back and played well, as did Rose (17 points, 6 rebounds) off the bench. But with the Rockets up 3-1 and headed home, Minnesota has a huge uphill climb ahead of itself and probably blew its best chance to win this series by not evening it up on Tuesday.

This Jazz team is something else. It took an early punch from the Thunder and responded with absolutely dominant second and third quarters — in which Utah outscored OKC 66-43 — to go up 3-1 after one of the most physical games of the postseason. There were multiple scuffles and a bunch of technical fouls on both teams, the result of a lot of hard fouls.

Unfortunately for the Thunder, that chippiness only made the home crowd go crazier and the home team more under control. As the game started to slip away from OKC, you could sense the desperation set in and, when that happened, this one was over. Donovan Mitchell (33 points, 7 rebounds) led a huge effort from the Jazz starts, all of whom scored in double figures. Mitchell, with a Westbrook-like fearlessness, went right at the Thunder defense all night while Joe Ingles (20 points with 5 threes) hit monumental jumper after monumental jumper.

Paul George (32 points) quietly got his points but couldn’t get going from beyond the arc, which was probably OKC’s biggest issue  — the Thunder were just 5-of-26 from three, with Carmelo Anthony (11 points on 18 shots) missing all six of his attempts. Russ (23 points, 14 rebounds) started to come a little unhinged as the deficit grew and he was clearly bested by Mitchell. He might be a rookie, but he certainly doesn’t play like one.