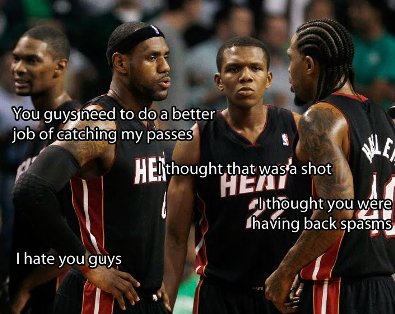 The Magic grinded to a well-earned win over the Pacers after Jameer Nelson’s three-point play with 33 seconds to go. Dwight Howard tallied 25 points and grabbed 12 boards as he and his team hit key free throws down the stretch to put the game on ice. Roy Hibbert had 19 points and 10 rebounds for the Pacers but try stopping a 3-point chucking team if 19 of those attempts go in. Sometimes dialling it up from distance can hurt a team but on this night Orlando lived by the 3.

With Steve Nash sidelined, operation release the Dragic was in full display in Phoenix.  Stephen Jackson lit it up with a triple double of 24 points, 10 rebounds, and 10 assists and tamed the Dragic (17 points, 10 assists) while his Bobcats shot 58% from the field. Alvin Gentry was blunt about his team post-game: “We didn’t guard anyone. We let a team that’s averaging 93 (points) put up 123, and they were nice about it, they should have gotten 140”. Larry Brown is now 13 games away from passing Don Nelson’s all-time win record.

Give Blake Griffin a good point guard…NOW! On a different night, we would all be politely applauding the Knicks with Amare’s 39 points and 11 rebounds but Griffin woke up, took a look that his chest still read “Clippers” and got really upset. I’m talking 44 points, 15 rebounds, 7 assists upset. If you don’t watch these dunks (and if half of them don’t end up as Slamadamonths, justice is dead in this world), you shouldn’t be allowed to comment ever again. In fact, forget about the rest of this game. Sure, the Clippers have lost 9 in a row but sometimes life should be appreciated in short moments. Like these:

The Put-Back, The Definition of a Facial, The New Reignman

Griffin proceded to dunk on Freddy Krueger in his nightmares. Oh hi, John Wall. Thanks for coming out but I think we shoud see other rookies. Like Vince Carter in 2000, it’s over.

One night after a heartbreaking home loss, the Mavs rebounded with a win over the Hawks. Dallas stepped up its game on the boards and overcame Dirk’s bad shooting night (8-of-22, 21 points) on their way to the win. For the Hawks, Al Horford selfishly grabbed 20 rebounds in addition to scoring 20 points and passing for 5 assists. Average Joe Johnson couldn’t get a quality look over Tyson Chandler’s D on a three-point attempt that would have tied the game. Atlanta settled for jumpers all night and didn’t have very good movement within their offensive sets. Games like these (and last night’s) don’t have me putting the Mavericks on the increasingly short “West teams to challenge the Lakers” list.

The Thunder keep racking up moral victories (and real ones) as they edged the Bucks with a one-point win. Still without their franchise noodle, it was James Harden’s turn to step up (23 points, 9 rebounds, 4 assists) and hold down the OKC. The Bucks continued to shoot poorly and their offense now looks about as sharp as Dick Cheney on a hunting trip. Brandon Jennings tried to spark his team with 25 points but eventually fell to the free-throw battle, making it 3 straight losses. I have to say that Harden looks a lot more comfortable in a starter role as he’s not expected to be the automatic scoring punch which frees him up to make smarter passes, crash the boards, and play solid D. Definitively a good problem to have for Scott Brooks. Now that OKC are on national TV a lot more, they’re making the best of it with tough, well-balanced wins. You can bet the league won’t make the mistake of not giving KD and company the benefit of the doubt like against the Jazz last season (I still remember!).