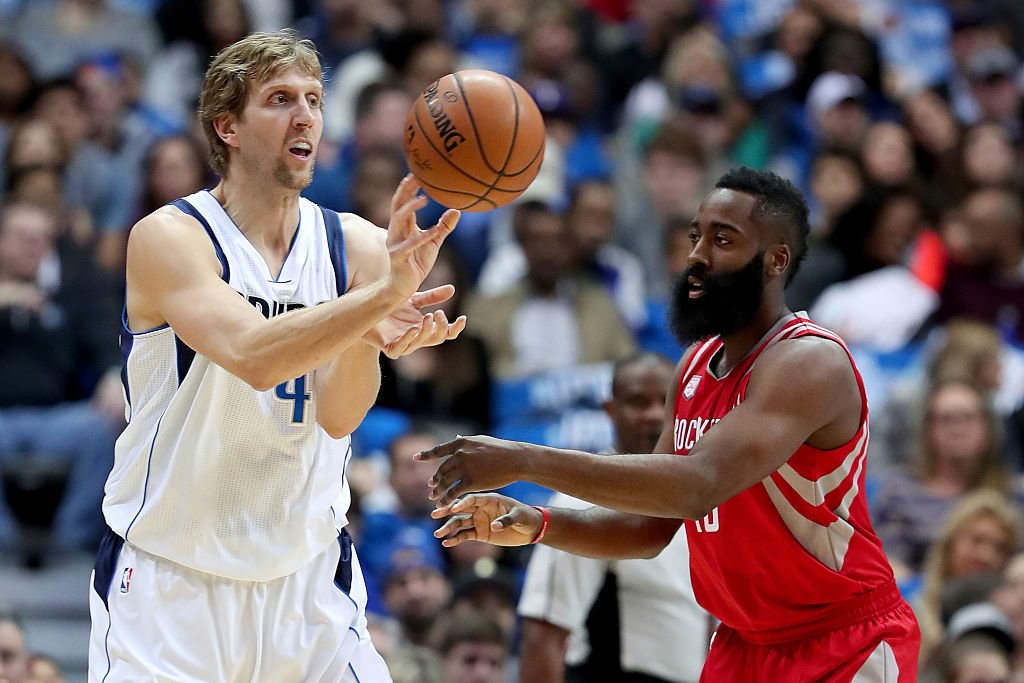 James Harden posted a 34-point line, sinking 12 of 12 free throws, in Houston’s second straight W. While the game’s outcome never appeared in doubt, a verbal low-blow from Mavs center Salah Mejri left a sour taste within the Rockets’ locker room. According to Houston Chronicle reporter Jonathan Feigen, Mejri insulted Trevor Ariza’s wife and children during the game. Ariza, who was restrained by security guards after the game, was backed by his teammates.

James Harden after the Rockets routed the Mavs: “That other team was trippin’ tonight, just disrespectful, unprofessional, players and coaches. I don’t know what was their problem, but I think that got us going. They wanted to throw a little cheap shot and just woke us up a little bit and it was over from there.”

What we experienced today as a team. Was the upmost disrespect. And total disrespect to Us and the GAME OF BASKETBALL…Still got the W tho

How good is Isaiah Thomas? Per ESPN’s Chris Forsberg, Thomas is the NBA’s only player to score 20+ points in 16 consecutive games. Boston also received solid performances from Avery Bradley (23 points, seven boards) and Gerald Green, whose career has been rejuvenated after a disappointing 2015-16 season in Miami.

Josh Richardson provided solid offense for the Heat – tallying 22 points with five boards and three dimes – but Miami otherwise had no answers for OKC. Enes Kanter scored 19 points off the bench, while the Thunder shot a cumulative 51.2 percent from the field.

The Lakers have had a rough go of it, now dropping five of their last six in a competitive match-up against Gordon Hayward (31 points, nine boards) and the Jazz. Largely known as a sharp-shooter, Hayward showed off his hops toward the end of regulation.

Julius Randle and Lou Williams had 25 and 22 points, respectively. The win is a nice coup for Utah, who entered the game without Dante Exum or George Hill.