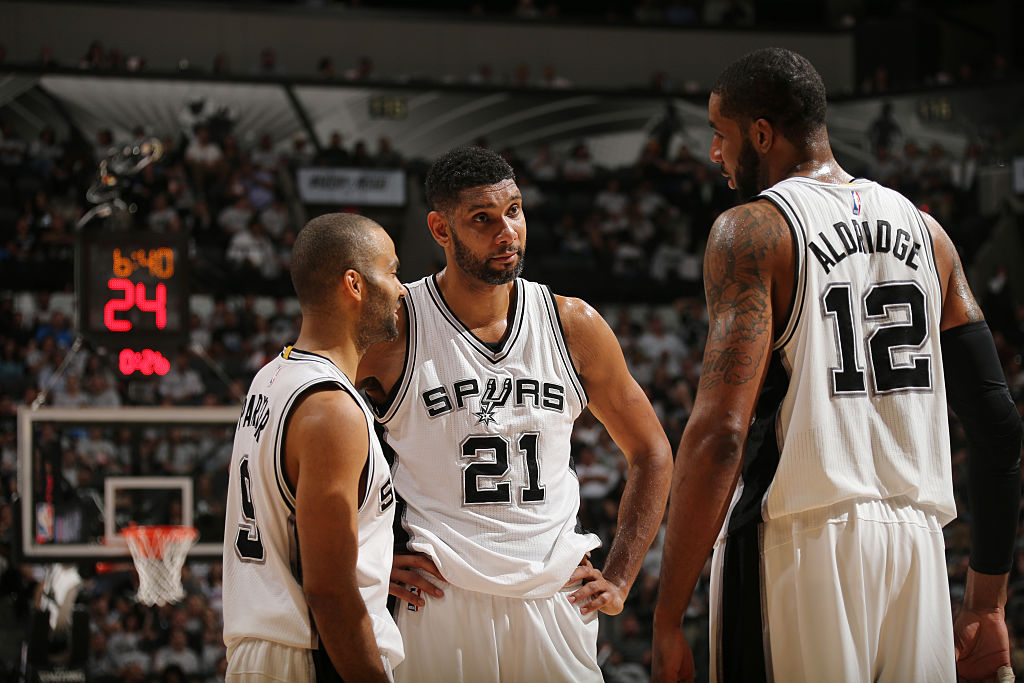 The Spurs tied a previous franchise record in playoff basketball, scoring 43 first quarter points en route to a lopsided victory in Game 1 of the Western Conference Semifinals. Gregg Popovich, who received a combined 63 points from LaMarcus Aldridge and Kawhi Leonard, enjoyed the luxury of resting his starters for the duration of the fourth quarter. Asked about Aldridge’s success after the game, Popovich got straight to the point.

After stumbling out of the gate to a 17-6 first quarter deficit, the Thunder never recovered in Saturday’s road match-up. Russell Westbrook and Kevin Durant combined for 30 points, but OKC’s complete inability to defend Danny Green (4-4 from beyond the arc), Aldridge, or Leonard spelled their doom in Game 1. Durant was characteristically surly with the press after the loss.

Kevin Durant didn't want to delve into his postgame emotions, then did a little bit pic.twitter.com/ArtFZoQ2dk

After a day off, the Thunder and Spurs will next play on Monday at 9:30 p.m. ET.