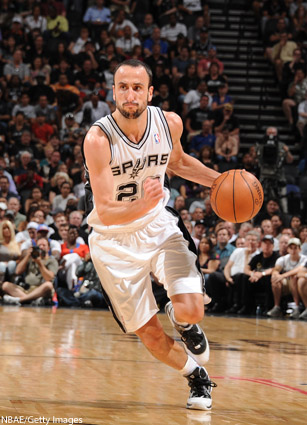 It’s funny when the game of professional basketball actually becomes about the game of basketball. For three quarters on Sunday night, the Oklahoma City Thunder were more athletic, more energized and more productive. But for the final 12 minutes, the San Antonio Spurs ran crisper cuts, hit their open jumpers and were far more accountable on defense than their neighbors from just north. This shift allowed the home team to first erase a 9-point third-quarter deficit, then take the lead at the fourth quarter’s midway point before procuring an impressive 101-98 Game 1 win in their Western Conference Finals series.

Not necessarily the up-tempo track meet that many expected, this highly anticipated best-of-seven was still compelling as a series opener. The Spurs used the game’s final quarter to re-birth the defensive focus and offensive acumen that spawned three titles in the 2000’s. On the other hand, the Thunder ignored the aggressively effective play that had the rabid San Antonio fanbase sitting on their hands for much of the game. The visitors started settling exclusively for perimeter jumpers and the team’s superstars were never able to build any kind of individual or collective offensive momentum. Kevin Durant got a “casual 27” and was his usual greatness for stretches, but finished the game under 50 percent shooting from the floor. And Russell Westbrook lacked touch from all points on the floor en route to a pedestrian 17 points.

But much more important to the game’s final conclusion was the Thunder’s complete collective breakdown on the defensive end. They didn’t force the turnovers that had driven their earlier offensive push.

Instead, the Spurs’ backcourt—mainly Manu Ginobili—was allowed a free pass into the paint for easy baskets. When the Thunder forced any kind of resistance, open jumpshots were knocked down by reserves Stephen Jackson and Gary Neal.

To be honest, San Antonio was bad for a good part of the game tonight.

The Spurs never made it easy on the Thunder. They won’t at any point in the series. If Westbrook and Durant can find the scoring touch again, Oklahoma City can win games in this series. Odds say the Thunder’s tandem will hit shots and this series will be a long one. But, the precision of the Spurs’ finish in Game 1 was too much for one night.

Sometimes a guy on the floor can say it best. Put it into terms that simplify what can be a simple game.

“They ran their sets, they got good shots. They got to the rim. They got the free throw line,” mentioned Durant postgame. “We did some really good things tonight. We got to keep playing hard. We got to keep going for 48 minutes.” —Cub Buenning (@cubbuenning)