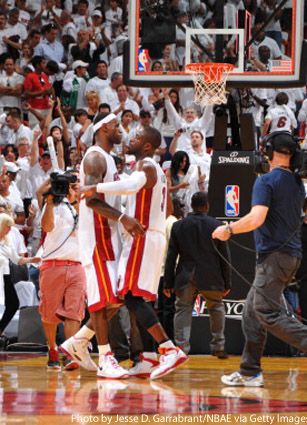 Memphis thoroughly deserved this win, clearly riding the wave that was their first round demolition of San Antonio from just two days earlier. The Grizz amped a 4-point first quarter lead up to 16 in nine second quarter minutes behind Zach Randolph and four reserves, and were essentially never threatened thereafter.

Randolph is fast becoming the defining player of this meteoric Memphis rise, and he was simply unguardable against a usually-formidable Thunder frontline. His 34 points on 22 shots, impeccable touch at the line and 10 boards set the tone not only for the opener, but perhaps the series. His presence allowed Marc Gasol ample room to operate, and he responded with 20 and 13 on 9-11 shooting. He simply had his way for a Grizzlies team that was, frankly, more desperate. Mike Conley had 38 turnover-less minutes, Memphis had five players in double-figures, and they scored 114 points against a defense that had held the League’s highest scoring squad (Denver) below its average in all five contests.

Kevin Durant led OKC with 33 and 11 boards, while Russell Westbrook delivered the classic Westbrook mixed bag: 29 points, 8 boards and 6 assists, but with 7 turnovers (equaling Memphis’ entire total) and 14 missed shots. He and Durant were ravenous offensively, getting to the line and showing typical aggression, but they had little help. The Thunder’s bench was minus 11, and for the first time in the Playoffs OKC was out-rebounded.

For Game 2, Oklahoma City will need to match the desperation of a Memphis team who genuinely considers this upset talk to be utter nonsense. —Todd Spehr

The first punch of this series went to Miami—both literally and figuratively. There was no bigger force behind the blow than Dwyane Wade whose 38 point effort led Miami to a 99-90 game 1 victory. Wade quickly erased concerns over his troubles against the C’s with a blistering 23-point first half effort on 9-of-11 shooting. Wade did his damage on tough drives, jumpers and one lowered shoulder into the chest of Paul Pierce.

The blow to Pierce highlighted the bad blood that’s certain to boil over again between these teams. For Pierce, the whistle was his second tech within a minute of play. Both of which resulted in Boston paying the price for reacting to overly aggressive and instigating play by Miami.

While the Pierce incidents made for intriguing theatre, it wasn’t a deciding factor in the outcome. Miami simply outplayed Boston on both sides of the ball. They were the aggressor and had Boston playing on their heels most of the game. The Heat defense was superb and kept Boston from getting into any sort of rhythm in the halfcourt.  Rondo, the engine for Boston, had an uneventful game notching 8 points, 7 assists and 5 turnovers. Ray Allen’s 25 points on 9-of-13 shooting made it interesting but as the only cog in their Fantastic Four that was clicking, it wasn’t enough to get Boston over the hump.

On the other end Wade had plenty of help as Bron Bron went for 22 points, 6 boards, 5 dimes, 2 steals and 2 blocks. James Jones came up huge for Miami with 25 points on 5-7 from beyond the arc.

All in all, Miami quickly and aggressively put an end to any momentum Boston had coming into their series. Only time will tell if Boston can return the favor. With no love lost between these two, this one’s quickly shaping up to be quite the slugfest. —Jonathan Evans (@jre18)