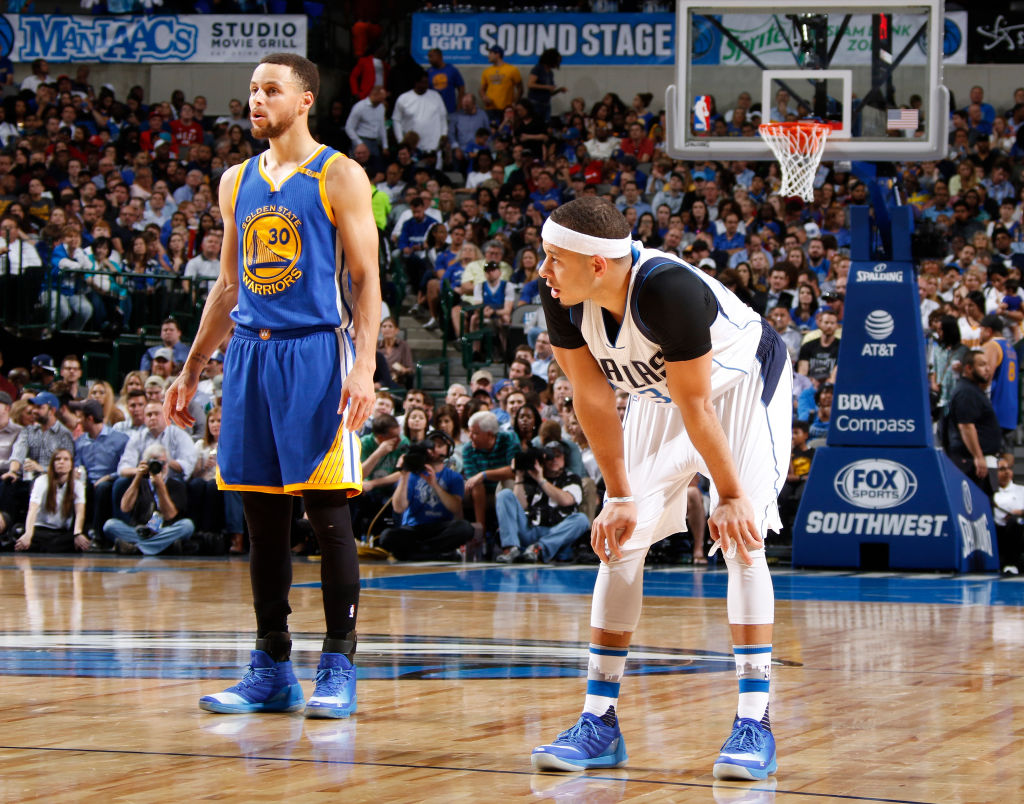 DeMar DeRozan‘s 42 points topped Jimmy Butler‘s 37, as the Raptors rallied with a late 16-0 run to claim an OT victory. Rajon Rondo had his best performance of the season, netting 24 points with eight dimes. The loss represented the latest blow to Chicago’s playoff chances, as the Bulls now sit two games behind Miami for the eighth see of the Eastern Conference.

What’s likely to generate conversation around the league, however, was Robin Lopez & Serge Ibaka‘s third quarter brawl. Each man appeared to throw punches during the altercation, which may result in fines/penalties.

Robin Lopez and Serge Ibaka got into it 😳🥊 (via @NBAOfficial) pic.twitter.com/cEu5WA34F1

In what’s been a trying season for the Nets (to put it lightly), Brook Lopez hit a game-winner at the buzzer to send the fans home happy. Lopez recorded 29 on the night, to go with 15 from Caris LeVert and 10 from 10-day signee Archie Goodwin. The Pistons are one game out of the playoff chase with Tuesday’s loss, and Stan an Gundy isn’t happy with his team’s performance.

“The team that played harder and with more energy won the game,” Van Gundy said. “Ish Smith came into the locker room and said, ‘I knew that was going in when he shot it.’ He said it coming down the hallway. I don’t know if I believe in karma. We didn’t deserve to win tonight, they did deserve to win tonight.”

After dropping 23 points with 14 boards, Hassan Whiteside had to depart last night’s game to get 13 stitches on his right hand. While Erik Spoelstra and the Heat are obviously concerned for Whiteside’s health, they claimed sole possession of the eighth seed thanks to 17 points from Tyler Johnson and 16 from Goran Dragic. The Suns weren’t without solid performances- Marquese Chriss scored a team-high 24 points- but Phoenix is in full-blown tank mode.

True, the Pelicans topped a struggling Grizzlies team (now 4-6 over their last 10), but the Boogie/Brow pairing certainly seems improved since their rocky start. AD dropped 19p/13r while Cousins went off for 41 points/17 boards. The Pels still have just a 2% chance of making the playoffs, per Five Thirty Eight, but a nice late season run could incentive Boogie to re-sign in NOLA.

What was billed as a family competition between the Curry brothers quickly turned into a rout, as Golden State outscored Dallas 63-41 between the second and third quarters. Klay Thompson led all scorers with 23 points, Stephen Curry added 17, and Ian Clark recorded 18 off the bench. Dallas’ swoon continued with Tuesday’s loss, as the Mavs have now lost by 20+ in three of their last five games.

The end result was closer than the Spurs would have liked, but San Antonio has now gone 7-3 over their last 10, in prime position to clinch the second seed while resting their starters down the stretch. LaMarcus Aldridge went for a team-high 26 points, Kawhi Leonard added 22, and vets Pau Gasol and Manu Ginobili scored 11 apiece. If nothing else, Andrew Wiggins gave the Wolves a highlight by dunking all over Gasol.

Damian Lillard had a game-high 31 points (and claimed John Henson’s ankles), but Khris Middleton‘s 26 points carried Milwaukee to a much-needed win. Giannis Antetokounpo scored 22 points with eight boards while Greg Monroe had 9p/9r. The loss drops Portland to one game behind Denver for the eighth seed, while Milwaukee moved past Miami into the seventh seed.

This one got out of hand early for the Lakers, as the Clippers entered halftime with a 70-40 lead. Chris Paul and J.J. Redick scored 27 and 24 points, respectively, while Austin Rivers scored 18 off the bench. With the W, Doc Rivers and the Clippers are up two games on OKC for the fifth seed of the Western Conference.