The Warriors won in front of a star-studded crowd, and Kobe made his swan song in SA. 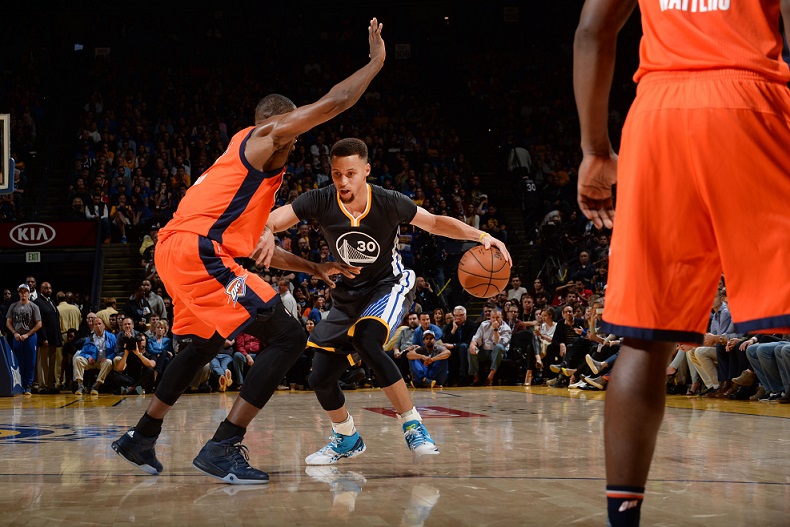 The Warriors won their 41st straight at home thanks to a double-double from Stephen Curry and 19 from free agent-to-be Harrison Barnes. While Golden State has regularly sold out arenas both at home and on the road, Saturday’s game had a particularly festive environment with the Super Bowl looming on Sunday. The ORACLE Arena’s star-studded crowd included Jay-Z, Beyonce, and Kendrick Lamar.

The Rockets continued their skid with an afternoon loss to Damian Lillard (21 points) and the Trail Blazers, who have now picked up W’s in six of their last 7 games. Sloppiness defined Houston’s performance in this outing; between C.J. McCollum crossing up James Harden, and Patrick Beverley getting T’d up after an altercation, this will be a game to forget.

Paul George dropped 30 points and Myles Turner added 16 in a game the Pacers nearly let slip away. Entering the fourth quarter with a healthy 14-point advantage, Reggie Jackson (26 points) and the Pistons mounted an admirable second-half effort, despite being unable to close the show.

“We’re going to need to put together more than a one-game win streak,” Jackson said. “It’s something for us to be worried about.”

As evidenced by Saturday’s come-from-behind showing against the Wizards, we’re finally seeing what the Hornets are capable of with a healthy Nicolas Batum, Kemba Walker, and Michael Kidd-Gilchrist in the starting five. He may have only scored five points in limited action, but Frank the Tank added to the fun with this inbounds pass.

With Kevin Love sidelined, the Cavs made do with huge scoring nights from Kyrie Irving (29 points) and LeBron James (27 points). King James snapped a cold spell from beyond the arc, going 2-for-5 from downtown after not hitting a three since Jan. 25. Norris Cole came to play with 26 points, but games like these are only going to accrue criticism for coach Alvin Gentry. Bryce Dejean-Jones, who just had his 10-day contract renewed last week, collected 20 minutes in a starting role while recording just one point.

The 76ers won a feel good game at home on Darryl Dawkins night. The high-flying Nerlens Noel rocked the rim on a dunk reminiscent of ‘Chocolate Thunder’, and Jahlil Okafor had one of his best performances to date with 22 points and 17 boards.

The Mavericks rebounded from a lackluster effort against the Spurs with an overtime W over a resilient Grizzlies team. Chandler Parsons scored 26, and Deron Williams dropped a double-double with 22 points and 11 dimes. The Grizzlies received strong efforts from Marc Gasol and Z-Bo, but sloppy play (11 turnovers) and poor free-throw shooting (13-23 from the charity stripe) would be Memphis’ undoing.

These aren’t good times for the Bulls. Still waiting on Jimmy Butler’s return to health with bated breath, Chicago was out-gunned by Minnesota’s big men, as Gorgui Dieng and Karl-Anthony Towns combined for 50 points and 30 boards. Plus, when you’re getting breaks like this, it’s tough to lose.

Wiggins with the shooter's touch https://t.co/kHHNBDI74M

Kobe Bryant stepped up to the stage in his final game in San Antonio, scoring 25 points alongside Jordan Clarkson, who added 21. As has been the case throughout his farewell tour, the Black Mamba had style with questionable substance — his 9-0f-28 shooting played a hand in allowing the Spurs to come from behind late in the fourth quarter.

The Jazz opened with a 31-12 run in the first quarter and never looked back, closing the show on a stumbling Suns team. Gordon Hayward fueled Utah’s run with 22 points, while adding a posterizing jam of Alex Len just for good measure.