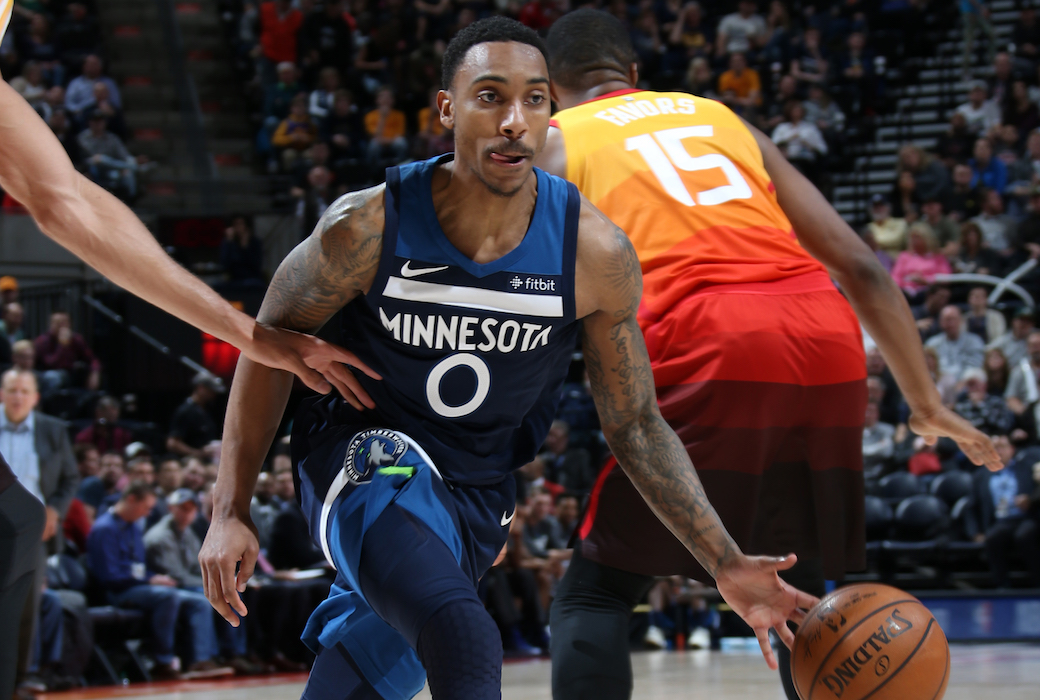 The final score only tells part of the story. Sure, the Jazz picked up a huge win at home over the Timberwolves, but that came with a bevy of technicals and ejections along the way. First it was Karl-Anthony Towns, who was ejected in the first half. Then in the fourth, Jeff Teague chased down and hip-checked Ricky Rubio. Teague was tossed, and moments later, Tom Thibodeau and Jae Crowder each received technicals, then a few minutes after that, Crowder was T’d up again and ejected. Andrew Wiggins was able to stay on the court and scored 27 points to lead Minnesota. Rudy Gobert and Donovan Mitchell each had 26 for the Jazz.

The Magic finally ended their seven-game skid as Aaron Gordon scored 27 points and grabbed 13 rebounds. After an Evan Fournier jumper put the Magic up a pair in the final seconds of regulation, James Ennis tied it up on a dunk with 7.2 seconds left. The Magic quickly turned it over, and the Pistons had a chance to win but could not get a shot off. Fournier then scored six in the overtime to lift Orlando. Ennis and Reggie Bullock each scored 21 for Detroit.Fournier had six in overtime to lead Orlando.

The Sixers outscored the Hornets by 17 in the fourth quarter to come back and win despite brilliant performances from Kemba Walker and Nicolas Batum. Walker scored 31 points, while Batum had 14 points, 13 rebounds, and eight assists. But Joel Embiid led five Philadelphia players in double figures with 23 points and 15 rebounds. Ben Simmons had 15, eight, and seven. The Sixers have now won nine of their last 11 games.

Steph Curry scored 28 points but left due to an ankle injury in the third quarter. Steve Kerr said after the game that it was only precautionary, and with the Warriors rolling right now, there was no need to risk anything. Kevin Durant stepped in and matched Curry with 28 of his own, while Kent Bazemore led all scorers with 29 points.

The Raptors improved to 10-1 in their last 11 games behind 23 points from DeMar DeRozan and 20 more from C.J. Miles. Otto Porter Jr. had 24 to lead the Wizards, who also committed 17 turnovers in the game, including six from Tomas Satoransky. Washington has now dropped two straight at home.

Bobby Portis scored 22 points and keyed a fourth-quarter run to lead the Bulls to a come-from-behind win at home. Portis scored 16 in the second half and was helped by Kris Dunn (18 points) and Lauri Markkanen (17 points, 12 rebounds). As for the Mavericks, Harrison Barnes had 26 and Dennis Smith Jr. scored 25. The team was also t’d up in the third for only putting four players on the court.

The Nuggets turned the ball over 22 times and shot just 6-22 from three, but got just enough from Gary Harris (26 points) and Will Barton (24 points) to outlast the Grizzlies. The two of them shot 21-32 from the field and Denver was 54 percent from the field for the game. Marc Gasol had 22 to lead the Grizzlies, who have still not won since Jan. 29.

The Pacers withstood a late run from the Bucks in a game that was heated from the start — the officials handed out five technicals in the first quarter alone. Victor Oladipo had 21 points, seven rebounds, and six assists to lead the way, as Indiana held Milwaukee to just 38 percent shooting. Khris Middleton scored 30 points and Giannis Antetokounmpo had 24-and-10 for Milwaukee.

Russell Westbrook and Devin Booker‘s duel in the desert was worth the price of admission alone. Ultimately, though, Westbrook did a little bit more as OKC was able to pull away late. He finished just shy of a triple-double with 43 points, 14 rebounds, and eight assists. He also hit the go-ahead three with under a minute to go that put the Thunder up for good. Booker had 39 points and eight assists himself.

The Clippers took control in the third quarter, starting the period on a 28-8 run and outscoring the Knicks 35-18, to cruise to victory. DeAndre Jordan led the way with 19 points and 20 rebounds, while Lou Williams added 21 more points. Enes Kanter had 18 points and 14 rebounds to lead the Knicks.

.@DeAndre Wrecking the Rim, The Trilogy 💪