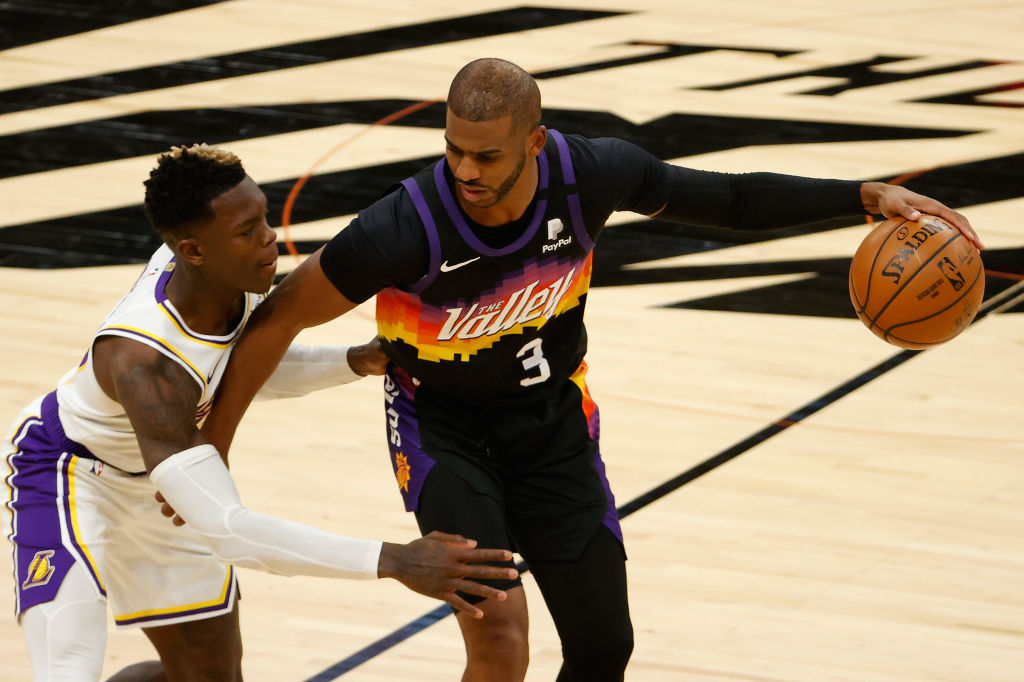 The second batch of playoff openers kicked off on Sunday, with all four games turning out just as exciting as the day before. After the LA Clippers lost their first game of the postseason on Saturday, the Lakers dropped Game 1 of their series as well. Is there trouble in paradise?

If the first two days of playoff action are any indication of what we can expect the rest of the way, basketball fans across the world are in for a treat. We’ve broken down each of the Sunday’s matchups below.

After slipping into the playoffs with a successful play-in tournament, the Washington Wizards were set to face a tough task against the top seed in the Eastern Conference in the Philadelphia 76ers. The game was close through the first half before the Sixers took control in the third quarter.

Bradley Beal led the way for the Wizards with 33 points while Tobias Harris dropped a playoff career-high with 37 points. Meanwhile, Ben Simmons produced 15 rebounds and 15 assists and Joel Embiid scored 30 points. The Sixers played great team basketball and overcame shooting just .312 from deep in the win.

In a highly emotional game, we saw Chris Paul and LeBron James both take hard falls in Game 1 of this series. While both appear to be good to go moving forward, fans from both teams had to temporarily hold their breath.

Devin Booker carried the Suns offensively in his playoff debut, scoring 34 points to go along with eight assists and seven rebounds. DeAndre Ayton, who is set to earn an extension this summer, proved his worth as well as he produced 21 points and 16 rebounds. The Lakers’ superstar duo of LeBron James and Anthony Davis had a tough game, combining for just 31 points, 14 rebounds and 12 assists.

In perhaps the most even matchup on paper of the day, the Atlanta Hawks and New York Knicks took things down to the wire. In a game between two teams who haven’t been to the playoffs recently, things looked to be headed to overtime before Trae Young silenced the crowd with a game-winning bucket.

Young finished with 32 points, 10 assists and seven rebounds to lead the way for the Hawks. To help him out, Bogdan Bogdanovic caught fire late in the game, scoring 18 points on the night, including four made threes. Surprisingly for the Knicks, Alec Burks led the team in scoring with 27 points alongside Derrick Rose off the bench who produced 17 points. Their best player in Julius Randle struggled offensively, finishing with just 15 points on 6-for-23 from the floor.

The Memphis Grizzlies came into this series as a major underdog, but took full advantage of the Jazz in Game 1 as they were without Donovan Mitchell. While Utah jumped out to an early first quarter lead, Memphis took absolute control in the second and third quarters. Things got close late in the fourth quarter on a huge Jazz run, but Ja Morant’s clutch buckets down the stretch saved the Grizzlies.

Dillon Brooks was the star of the game, finishing with 31 points on the night, 29 of which came through the first three quarters of play. Ja Morant had a fairly quiet night until the fourth, notching 26 points while Jonas Valanciunas had a 15 point, 13 rebound double-double. In the absence of Mitchell, the Jazz couldn’t get the offense going early enough, as Bojan Bogdanovic led the team in scoring with 29 points, 19 of which came in the fourth quarter. Rudy Gobert fouled out for the first time all season while Mike Conley contributed 22 points and 11 assists.