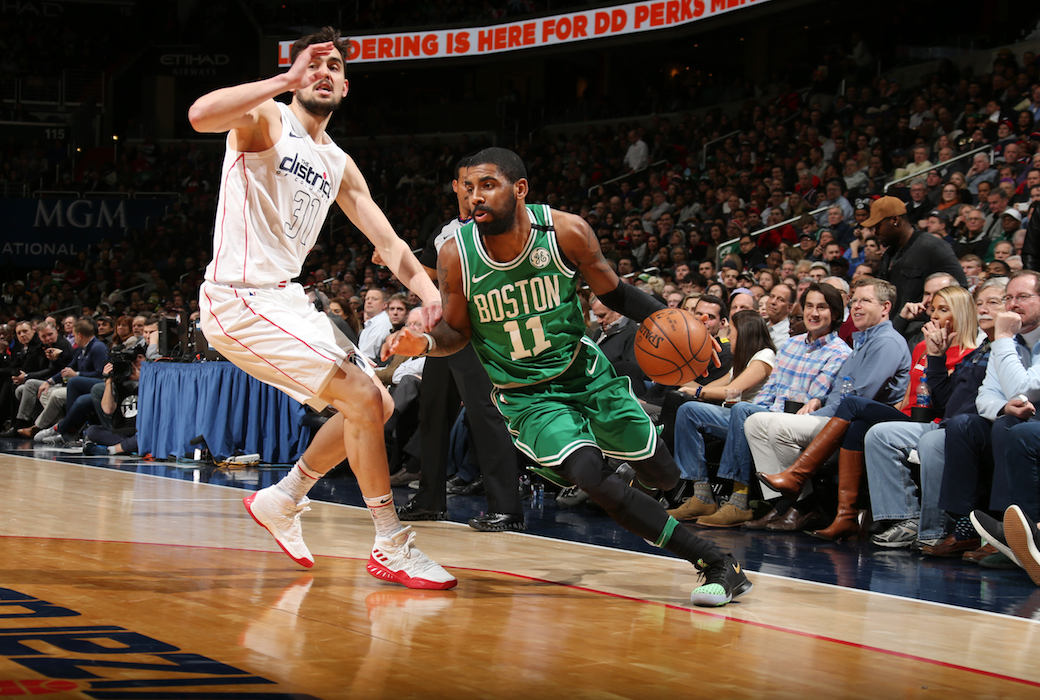 Kyrie Irving hit three critical free throws in the closing seconds of regulation to tie the game and force overtime en route to a game-high 28 points. Irving scored 12 of the Celtics’ final 17 points of the game, helping his team hold off a late Wizards comeback and earn its Eastern Conference-best 40th win. With John Wall hurt, Otto Porter led the Wizards with 27 points and 11 rebounds. Bradley Beal had 18 of his own, but did so on 7-27 shooting.

Newly minted All-Star Kemba Walker scored 17 of his 40 points in the fourth quarter to help the Hornets stage a late comeback, but the Blazers scored seven of the final 10 points in overtime to come away with the win. Walker led all scorers, and Jusuf Nurkic had 24 points (10-14) and 14 rebounds to lead Portland. The win snapped a three-game losing streak for the Blazers after they went 0-for-their Eastern Conference road trip.

Some classic Kemba (via @hornets) pic.twitter.com/97PnlIPTQo

Evan Fournier scored 22 points to lead the Magic to their third straight win — their first such streak since the second week of the season. D.J. Augustin helped out with 16 points and nine assists after being thrust into the starting point guard role with Elfrid Payton’s trade earlier in the day. As for the Hawks, Taurean Prince and Dennis Schroder each scored 19.

So this is how we’re starting the night? 😱 (via @OrlandoMagic) pic.twitter.com/mSwbVSdDB1

Playing their first game since Kristaps Porzingis’s ACL injury, the Knicks simply didn’t have the firepower to keep up with the 38-win Raptors. Toronto won every quarter, methodically building its way to a 25-point victory. Seven Raptors players scored in double figures — five of them coming off the bench — with Jonas Valanciunas leading the way with 18 points and 10 rebounds. Michael Beasley had 21 points and seven boards to lead the Knicks.

The Warriors had to battle, but they finally gained some separation in the fourth quarter and pulled away from the last-place Mavericks. Kevin Durant had 24 points to lead the way and Steph Curry added 20 with four made threes. Dennis Smith Jr. led the Mavericks with 22 points.

With Russell Westbrook and Carmelo Anthony both sitting out with injuries, the short-handed Thunder faded late in Los Angeles. Paul George did his part, scoring 29 points and even earning some “we want Paul” chants from the L.A. crowd. But OKC also shot just 36 percent for the game. Kentavious Caldwell-Pope had 20 points and seven rebounds for the Lakers and Brandon Ingram had 19 more. The Lakers have now won four in a row.

Zubac rolls off the screen and slams it home #LakeShow (📺: TNT) pic.twitter.com/Sih9PgQaJq