Post Up: Warriors and Rockets Both Take 3-1 Series Leads 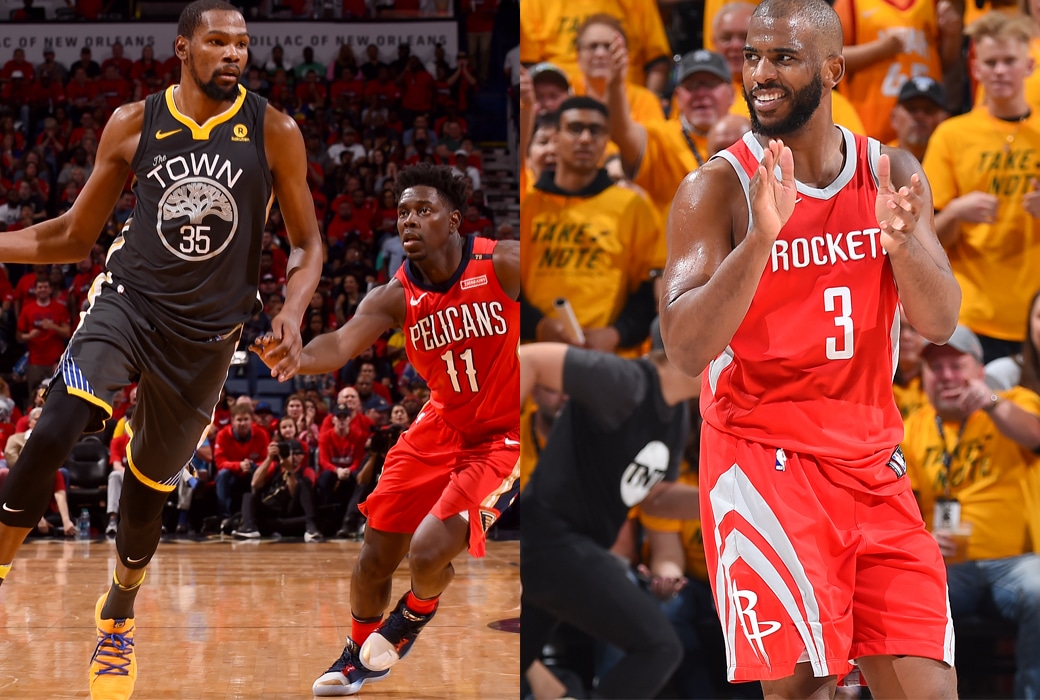 The Pelicans fought back from an 18-point first half deficit to cut the score to 55-51 late in the second quarter. They trailed by only seven points at halftime. But Golden State turned it on the second half. Behind a 38-point performance from Kevin Durant, the Warriors were hitting on all cylinders and locking down on defense. New Orleans only scored 38 points in the third and fourth quarters. The Dubs threw 28 assists on their 46 field goals and held the Pels to 4-26 three-point shooting.

Chris Paul was the difference in this pivotal Game 4 win. He consistently delivered spirit-crushing jumpers against the Jazz’s injury-depleted roster. He went for 27 points, 12 rebounds and 6 assists in the win.

And though the Rockets never trailed, Utah wouldn’t go away, trailing by nine late into the fourth. Houston got a huge game out of Clint Capela. His defense played a major role down the stretch. He had 6 blocks, 12 points and 15 rebounds.