Orlando's rookie point guard talks about his first summer as a pro. 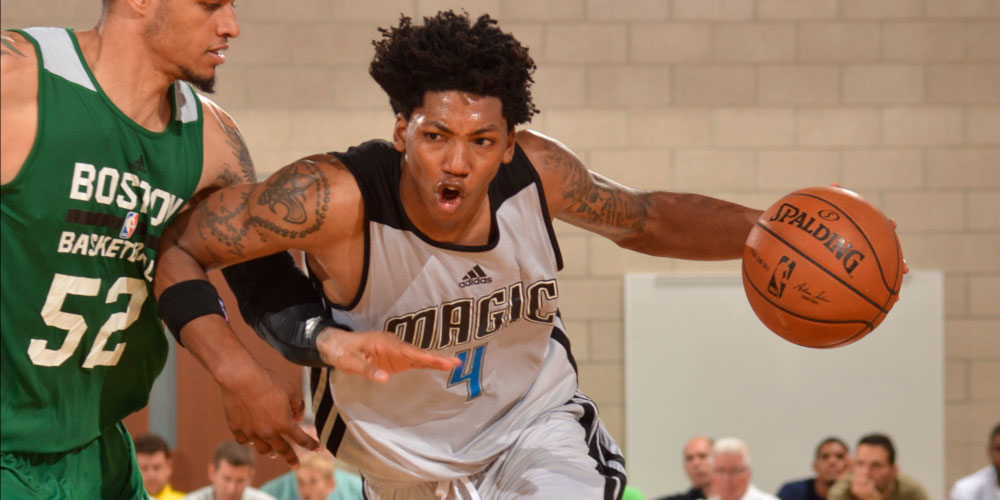 Over the years, Chris Paul has been known to invite a number of his point guard friends to his CP3 Elite Point Guard Camp in Winston-Salem, NC, and this year was no different. Newly signed Suns lead guard Isaiah Thomas made the trek to put some work in, as did Orlando Magic rookie point guard Elfrid Payton. We watched him train for the NBA Draft back in early May in L.A., when he was projected as a late first-round pick.

We caught back up with the Magic playmaker to rap about Summer League, what he learned from Chris Paul, and what his first summer as a pro has been like.

SLAM: How do you think Summer League went for you?

Elfrid Payton: Summer League was good. I learned a lot getting out there and playing at this level. Summer League is a lot different than a real game, but it’s the closest thing that I have right now. I definitely learned and got better each day.

SLAM: What was it like playing with that much talent?

EP: I had guys who were getting paid to knock down shots and fighting to make the team, so it’s a little bit different because obviously, I didn’t have those guys in college.

SLAM: What have you learned from Chris Paul in your time together?

EP: He said I need to slow down and play at a good pace. He told me a lot of little things to do throughout the season. Keep your body right, eat right, and things like that.

SLAM: If you had to pinpoint one thing in Summer League that you were really taken back by, what would that be?

EP: Just the speed of the game. My first game was such a whirlwind, but after that, I was able to adjust my game and get back playing at my pace.

SLAM: What’s your first summer been like as a pro?

EP: Man, I’m just working. I’m just trying to get as much work in as I can to be as prepared as I can for the season. There’s nothing like playing in an NBA game, but I’m trying to do whatever I can to make it as close to that as possible.

SLAM: Since you signed your contract with the Magic, have you done anything to treat yourself or your family yet?

EP: Not yet, man. I got the condo and then we’re probably about to go back home in a few weeks and look at the housing stuff. We’re probably not going to move, but I’m definitely going to do a little something for them.

SLAM: Only coming out of high school with one DI offer, what kind of advice can you give to players who fall under the radar like you did?

EP: It doesn’t matter where you’re ranked or who is recruiting you. If you put in the work, they will find you. Hard work pays off.

SLAM: How do you feel about playing alongside Victor Oladipo, given that he played some point last year?