The Bucks' rookie talks about his adjustment to the NBA. 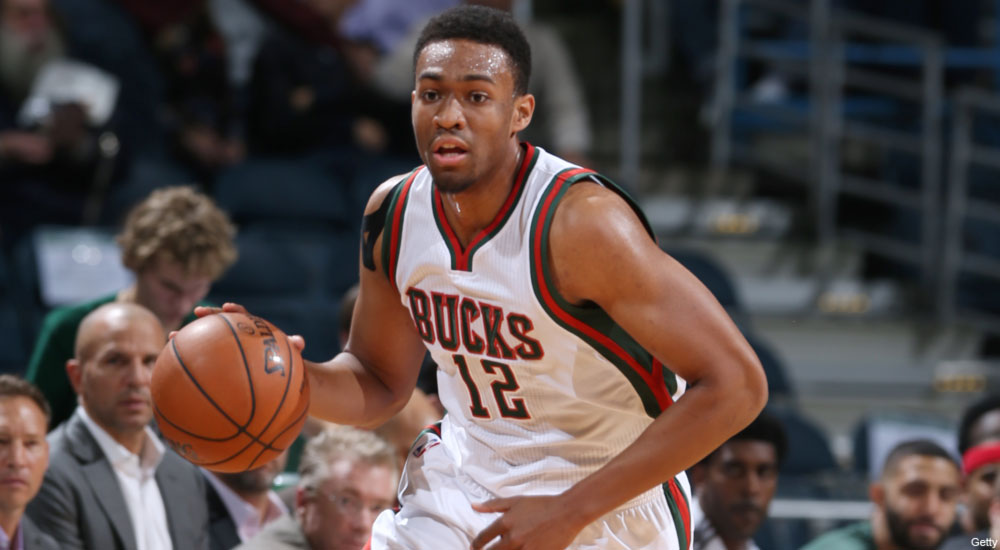 Things have been going well for Jabari Parker. Selected second overall to the team that he wanted to go to, the 6-8 swingman has lived up to the hype thus far. He signed a contract with Jordan Brand, leads the Bucks in scoring during the preseason, and appears to be the cornerstone of a franchise that has some serious building blocks for the future. Toss in that he’ll be learning from one of the greatest point guards of all time in Bucks head coach Jason Kidd, and it’s easy to see why there’s so much optimism in Milwaukee.

We were able to chop it up with Jabari after his pre-season game against the Cavaliers, touching on his decision to sign with Jordan Brand, the position he’d prefer to play on the floor, and what he’s learned from Kidd so far.

SLAM: How disappointed were you when you found out that you weren’t going to be able to match up with LeBron tonight?

Jabari Parker: I wasn’t disappointed at all. I understand that we have to be able to play the game. We’re pros. Fortunately, someone else gave us a good game. You’ve always got to be prepared.

SLAM: In high school, you played anywhere from the 1 to the 5. At Duke, you played 2 to the 4. Tonight, you played the 3 and the 4. Where are you most comfortable on the floor?

JP: Anywhere, because I will always help my teammates. If I get a mismatch or a size advantage or if I get a taller guy on me, I’m going to take advantage of it.

SLAM: Since we last saw each other in L.A. for the Wasserman Media Group workout, you’ve made a lot of progress in your game. What do you think has been your biggest improvement over the last six months?

JP: My knowledge of the game. The terminology is very important. It is a lot different when you have the defensive three seconds. Definitely, my knowlege of the game.

SLAM: Have you been focusing on improving on the defensive end?

JP: Yeah, I played some defense in college. I had to do a lot last year. I still have to get better. If that’s one of my weaknesses, I have to make it my strength.

SLAM: What are the most important things that you’ve learned from Coach Kidd so far?

JP: Slowing down and reading the defense a little bit more. That is going to help me a lot. That is what he preaches.

SLAM: What made you decide to sign with Jordan Brand?

JP: There were a couple of things that went down, but personally, I thought that was the best fit for me. There aren’t a lot of players there and Nike has their guys. I felt like I could get a family environment with the Jordan guys and get the focus that I need on my feet.

SLAM: Speaking of family environments, you signed with Wasserman Media Group. At the pro day in L.A., it seemed like you guys had all developed a close bond. What type of relationship have you forged with the other guys in the agency?

JP: It was important to me to build a relationship with the guys. It also helped me think of longevity because maybe I can play with the guys in the future. Wasserman is doing the best. If you think that you’re the best, you have to have the best support for the future. That’s why I went with them.

SLAM: You’ve gotten your first couple NBA checks now. What have your first purchases been since you’ve been in the League?

JP: I haven’t done much on my own. I bought a house and have paid a few bills. I’m just glad that I got a chance to move my parents out of Chicago by buying them a house.

SLAM: Speaking of Milwaukee, you surprised a lot of people before the Draft by saying that you preferred to go to Milwaukee, despite the fact that they were picking No. 2. Why was that?

JP: I wanted to be where I was wanted. The Milwaukee Bucks said that they were going to pick me. Cleveland didn’t give me any answers, so I just went with the truth and that’s what it turned out to be.