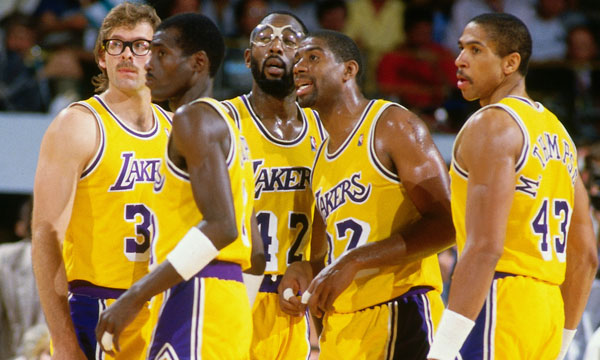 For some people, transition is just an easy thing to handle, and Mychal Thompson is one of those people. Thompson was excellent in filling the lanes for the Lakers in the Showtime Era, so when the time came to step off the court, as always, he made the transition to broadcasting look like a thing of ease.

Being smooth in transition may be in the blood, because when inserted into the starting five, Mychal’s son Klay fit perfectly in the run-and-gun Golden State offense last season. Recently, SLAMonline had the chance to site down the former No. 1 pick and discuss his time with L.A. as a player and broadcaster, get his thoughts on his favorite point guard and international player of all time, and more.

SLAM: Many mistake Yao Ming as the first foreign-born player taken first, but you were, really opening the gates for international players to be taken high and considered elite players. If you were to start a team with an international player, which one would you take?

Mychal Thompson: I didn’t really catch any young up-and-coming players in the Olympics this past year that caught my eye. But if I could choose one that wasn’t at the Olympics who I would choose to start my team, it would be Ricky Rubio. I love the way he plays. He knows how to play, be an effective scorer and keep his teammates involved, he is like a European Rajon Rondo.

SLAM: Many don’t know, but the Lakers team you played with had four No. 1 overall picks in Kareem, Magic, James Worthy and yourself. Tell us the dynamic of playing with them during that era, how were practices and playing for Riley?

MT: Well, playing with those three Hall of Famers took my game to another level. It showed me and taught me what Championship basketball and being a professional at the highest level was all about. The way those guys worked on and off the court, the way they conducted themselves and handled their business ventures was top notch. They were strictly professionals, and the only thing that mattered to them was winning. Not who was getting the most attention or most money. They knew that winning trumped everything else. You go out there and do your job, and win and you will be handsomely rewarded.

SLAM: Many say that Kareem is the best center of all time, and Magic the best point guard. Your thoughts on that, do you agree?

MT: Oh yeah, no doubt about it. Now Wilt Chamberlain and Bill Russell have to be included in the discussion as well for best center—that’s a valid argument by many. I believe Shaq is slightly below with Hakeem Olajuwon, and that rounds out the top-five centers.

But Magic is hands down the best of all time. Without question.

SLAM: So you don’t think the all-time leader in assists and steals John Stockton may not have him?

MT: Well he played a lot longer than Magic, if he played as long as Stockton did, he may have gotten all those records. Stockton is an all-time great and not disrespecting him and his accolades or career in any way, but Magic was unique and we haven’t seen a player like him since.

SLAM: What about Shaq?

MT: I feel he was behind those three greats. When many discuss who was the greatest, many great minds will say Wilt or Kareem. Russell is brought into the convo because he was the ultimate winner.

SLAM: You were brought in to shut down Kevin McHale in matchups. Interestingly enough, many forget you were teammates in college. How was your relationship swayed by being in such an intense rivalry?

MT: Respected Kevin McHale immensely. When I first met him as a freshman at Minnesota, I realized how talented and special a player he was. He was a very confident player and carried that over into the NBA. One of my favorite players to go against because I had so much respect for him and his abilities. He was a great winner, and we will always be good friends off the court. Now on the court, we wanted to kill each other [laughs]. I had a lot of respect for him and he was one of the toughest guys I had to go against.

SLAM: You won back-to-back chips; you have seen so many big Playoff matchups, tell us the most intense game you ever participated in the postseason.

MT: I can’t say an exact game, but I would say our series against the Pistons was very physical. The game back then was just so rugged. It has been cleaned up now and they have stopped a lot of the physical play. The flagrant ones and twos they call were just regular fouls they called in the ’80s.

So when you played against a physical and smart frontline like the Pistons, sometimes I felt like the only thing missing was shoulder pads and helmets.

SLAM: Do you think the change in the rules in regards to how they call the game so close has hurt or helped the game?

MT: In a way it has helped, we don’t want any year-ending injuries. I do feel the less physical play has without a doubt hurt the game, though. It is too many whistles—I feel like we spend too much time watching the refs blow the whistle than enjoying the game. It is too many stops in play. It has slowed the game down so much.

They need to take it back to the ‘80s style game. That is why I love the international game, it is very physical. They let the game be played and allow action to ensue, which makes the game more fluid.

SLAM: You are a well-known commentator for the Lakers. Why did you transition into that field of sports? Did it come naturally to you?

MT: Yeah, I felt like I was always a big mouth and talked a lot to the media when I was a player. I always enjoyed talking to the media and expressing my opinion, so I knew I wanted to be involved in some way once I retired. It was a natural transition for me, very fun. It is truly an honor.

SLAM: Let’s talk a little about your son Klay, who really burst onto the scene for Golden State. Why do you think Klay was able to make the transition to the NBA so easily?

MT: Well, for one, you have to have the talent. He is a very talented young man. He also has a great work ethic. I think the biggest thing is he is willing to take advice and listen to veterans. When you mix those things you will be successful in the NBA as a young player.

SLAM: Your thoughts on their team this year after the move of Monta Ellis and getting Andrew Bogut?

MT: Well, they have a very good team now. I think after the [trade], if they stay healthy, they have a top-eight team in the West. They have depth and shooters at all positions. Adding Bogut, who is a defensive anchor in the middle, will be big for them. He is the second-best center in the West so they will be successful.

SLAM: Players are now forced to do a year of college before declaring for the Draft. Is this good for the game?

MT: No, I think guys should be able to come right out if they are good enough. I think it hurts the college game when you force guys to be there for a year, a lot of the guys don’t want to be there. What happens is they take the place of kids who want to be there for three or four years. Teams don’t have to draft a kid out of high school, they can pass. But if there is a LeBron James or Shabazz Muhammad, then we should let them go. This is America, and if a guy has the qualifications to do a job, let him work.

SLAM: So the Lakers really shook it up this year, first getting Nash, and then making the Blockbuster for Howard. What are your thoughts on how Howard will mesh into the team.

MT: He will mesh greatly because he is a smart guy joining a very intelligent basketball team. They will hit the ground running, I think after a solid training camp with the veterans they will be fine.

SLAM: I feel an under the radar and key addition was Antawn Jamison, he is an X-factor and proven scorer. What are your thoughts on him?

MT: I think he will be great coming off the bench. They will love his experience and scoring ability. To me, the key will be the backup guards. Blake will have to be consistent off the bench to allow Nash to get rest. They will need Nash to have fresh legs for the postseason.

SLAM: Mike Brown went with a defensive approach last year and we saw the Lakers at times struggle to put up points. Now he has bought in Eddie Jordan and the Princeton Offense, do you think this will be a success?

MT: This will be a success because he has such a versatile skill set at many positions on the team. Dwight Howard can score in the post, but is a good passer, and Pau is a willing passer as well. The backcourt is good. Metta World Peace will be a lot more consistent on offense this year, I think. All the pieces are in place, and all they need to make it to the Finals in good health.

SLAM: Let’s talk a little bit about your new venture with RadioFlag social radio and why you feel this is the next wave for your people.

MT: Well, I think RadioFlag is a great new program. If you are a music lover, you will love RadioFlag. It allows you to listen to any type of station you want to, and it really makes me think of social media for radio because it is so interactive with the listeners. You can tap into any station around the world you want to and connect with any listener that enjoys the same type of tastes you have. The interactive part is the most fun part to me, to discuss what you like and share opinions with other fans make this different from many radio experiences. 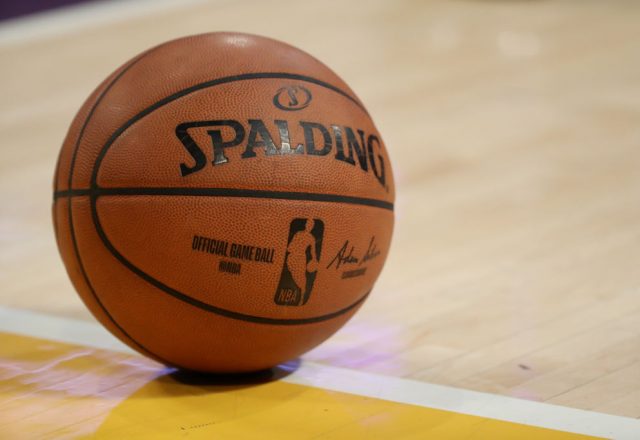