Nate talks about the love from Chicago, his rehab and restaurateuring. 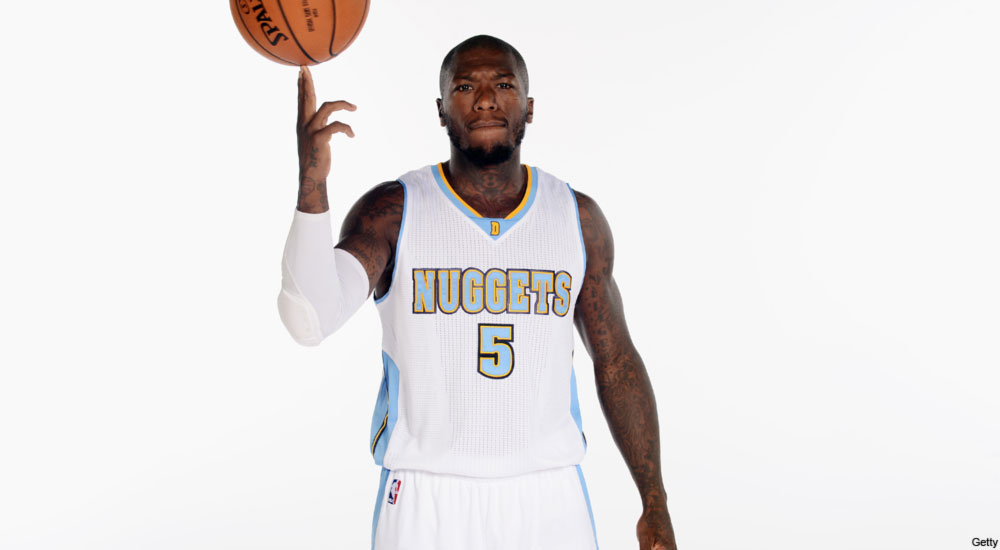 Nate Robinson has played for six teams in his 10-year NBA career. Even with putting up better numbers at other stops, he considers the 2012-13 season with the Chicago Bulls to be the best of his career.

While Bulls’ fans, along with everyone else, waited on The Return that never came, Robinson gave those in the city a reason to keep coming to games and tuning in. You never knew what he was going to do, but you could be sure no matter what it was, he was going to go all out in doing so, and the energy he brought was contagious for a time that otherwise had little to no spark.

His best game for the team he grew up watching was easily the historic 34-point performance in a triple-overtime Game 4 win over the Brooklyn Nets during the first round of the 2013 Playoffs. Robinson’s 23 points in the fourth quarter were second only to Michael Jordan in a Bulls’ playoff game, and his 34 set a franchise post-season record for a reserve. Oh yeah, he did all of this in 29 minutes.

With the way the city embraced him on and off the court, and his play proving he could be an integral part on a team with championship hopes, Robinson was hopeful that Chicago would be a place he would be for a long time. But it wasn’t to be, as the Bulls never made him an offer that summer, and he had to wait a long time before the Denver Nuggets signed him to a two-year deal.

In checking into Monday night’s pre-season game between the Nuggets and Bulls in Chicago, Robinson received a loud and meaningful ovation. He saluted the crowd and said it was hard not to notice all the “We miss you Nate” signs inside of the United Center. On just the next play after checking in, he nailed a 35-foot, desperation fallaway as the shot clock was expiring—the ball finding nothing but net and drawing a joyful WTF reaction from everyone in attendance.

Robinson is still playing his way back into shape, recovering from knee surgery in to repair a torn left ACL he suffered in late January.

SLAM caught up with Robinson—aka Uncle Lights, which is his character from the Pepsi Uncle Drew series and the name tag displayed on top of his locker—to talk the love from Chicago, his rehab and Nate’s Wings and Waffles.

SLAM: Reception from United Center fans when you checked in?

Nate Robinson: It [gave] me chills, man, just a flashback of that season I had here—it was awesome. The fans still show a lot of love. That’s just how Chicago does. They know how to treat their players. I really appreciated it and I’m honored. I have a special place in my heart for Chicago. I don’t know what it is about it. [That 2012-13 season] was probably the best season I’ve had in my career. It was very memorable.

SLAM: The torn left ACL (suffered on January 29) was your first significant injury of your career. How has the rehab process been for you?

NR: I still gotta lot of work to do. I haven’t played in seven months—a lot of rust, coverages that I missed, boxing out and all the little things. I have to go back to the drawing board and get that swagger back. But I’m right around the corner. I’m real excited. I’m happy with how my surgery went, how my rehab turned out, and I’m just looking forward to playing and getting better and better every day.

SLAM: With how much you love the game and hate being idle, how was not being able to play and re-learning basic things to be able to get back to this point?

NR: I know exactly what D-Rose felt like. It was tough, just the mental part, knowing that you have to do the same thing every day to strengthen your knee during the rehab process. You can’t really run, you’re getting shots up but after awhile—to keep it 100—it gets boring. But you can never get bored with success, being successful and getting your knee back to where you feel comfortable with playing. I really just took my time and just attacked it in a way where—now that I’m back, and I can still play at a high level—it just feels great.

SLAM: For Derrick, the time off did allow him to spend a lot of time with his son. You have three children, who are older and more aware of what’s going on with what you do. How did having them around help with those tedious days of rehab?

NR: I didn’t start running until…I want to say August. That’s when I really started to do my running and being active with my kids, taking them to the park, chasing them. My daughter would say, “Daddy, you’re slow. I can beat you now.” She’s my princess, so she gets away with that. It was just a challenge [at first], knowing that my kids are there supporting me, being patient in knowing that dad can’t jump on the trampoline, can’t really get out and run and do things like that. But they were patient and really helped me get through the process with them just being kids and me supporting them—taking them to my workouts and letting them see how hard daddy has to work to get back in shape. They took a liking to that, my sons wake up every morning, they give me pushups, situps and do their squats and all of that. So, I kind of trained them to do exactly what I do every day, and it’s showing off because in football, they do their thing. So that’s pretty cool—me being pops and being there for my children, that’s definitely a blessing, and it helped me out a lot with my knee.

SLAM: You opened Nate’s Wings and Waffles last month in your hometown. Where did the interest come from to open a restaurant?

NR: I’ve been a fan of Roscoe’s for so long. I just really wanted to bring something to Seattle that nobody had, and I wanted to do my own thing. So I came up with Nate’s Wings and Waffles, and it’s a pretty big success right now with the way it’s moving. It’s just something I wanted to keep there for my friends and family back home. They really show a lot of love, people go in all the time. It’s right by my high school, and down the street from where I grew up. It just makes me feel right at home by doing that and making people happy in a whole other way besides just playing basketball. It’s just great. A lot of my fans in Chicago say they want one here, so that might be coming up next.