A few Hawks fans get into the action by calling their favorite team's games on the live commentary site. 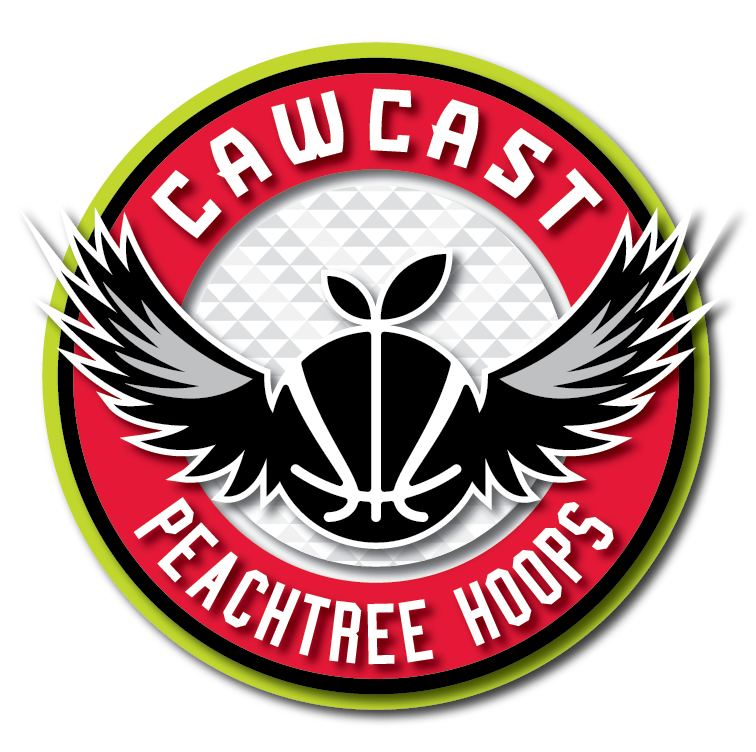 As we introduced a few weeks back, the folks at Rabble.TV have provided a platform for anyone to call live professional sports games. Users can be commentators for the NBA, NCAA, NFL, MLB—basically any sport you’d like. CawCast, run by Atlanta Hawks fans, calls NBA games on Rabble.

CawCast is made up of James Braswell, Antonis Papadopoulos, Josh Lane and Benjamin John Mason. The group started calling games on Rabble when the Hawks were playing the Brooklyn Nets in the first round of the 2015 NBA Playoffs.

Braswell was on the mic for CawCast’s very first Rabble broadcast. “Rabble is a great place for young and aspiring broadcasters because there are no restrictions to your content,” he says. “You can be as creative as you want.”

After making two episodes of the podcast independently, SB Nation approached the guys at CawCast, asking them to be a part of Peachtree Hoops, the Hawks’ site on SB Nation. Since then, NBA personalities like Ric Bucher, Tas Melas, JE Skeets and Bob Rathbun, from FOX Sports, have been on the podcast. SLAM’s own Lang Whitaker even made an appearance on one of the 23 episodes to date.

With the podcast up and running, the guys started to expand to Rabble. Braswell, who has won an Emmy for producing television at Georgia Southern University, where he goes to school, says using Rabble was a natural choice to learn more.

“Rabble has actually given me a chance to improve my skills as a broadcaster,” Braswell says. “What I enjoy most about using Rabble.TV is the fact that I can call the game from the comfort of my apartment. It’s a really unique experience.” CawCast now has seven broadcasts on Rabble.

Braswell is always the live voice. He incorporates the live comments section into his broadcasts, saying it allows him a way to engage with his audience. Braswell makes sure to connect with fans, especially during pregame, breaks in the action and postgame, where he spends a good amount of time using Rabble’s comment section. He asks questions to his listeners, and uses them as talking points throughout games.

He also is a big Hawks fan, and that fandom comes through during games. “I’ll have more of a Hawks focus, but I try to be as fair and balanced as possible,” Braswell says. “My job is to try to describe the action as it’s happening, so if a big play happens, I react accordingly.”

Braswell’s love for the Hawks is easy to hear. He says “we” when talking about the team. In Game 6 of the Eastern Conference Semis, his favorite Hawks game from last season, he was pretty animated while broadcasting the game from Grafenwoehr, Germany. “Paul Pierce!” Braswell says on that post. “What a guy. What a shot.”

Braswell says the goal for CawCast in this upcoming season will be to call as many games as possible on Rabble. He expects the Hawks to do well and to play consistently at the same level they reached during last season’s 19-game winning streak. “I expect improvement from Thabo Sefolosha, Dennis Schroder and Kent Bazemore,” he notes.

To keep up with Braswell and CawCast, keep it tuned to their site, and a keep a head up for their next Rabble broadcast. The Hawks first game of the season is on October 27, against the Detroit Pistons. Expect to hear Braswell on the call for that game—and in the meantime, go over to SB Nation to hear Lang Whitaker’s episode of CawCast. #ATLshawty