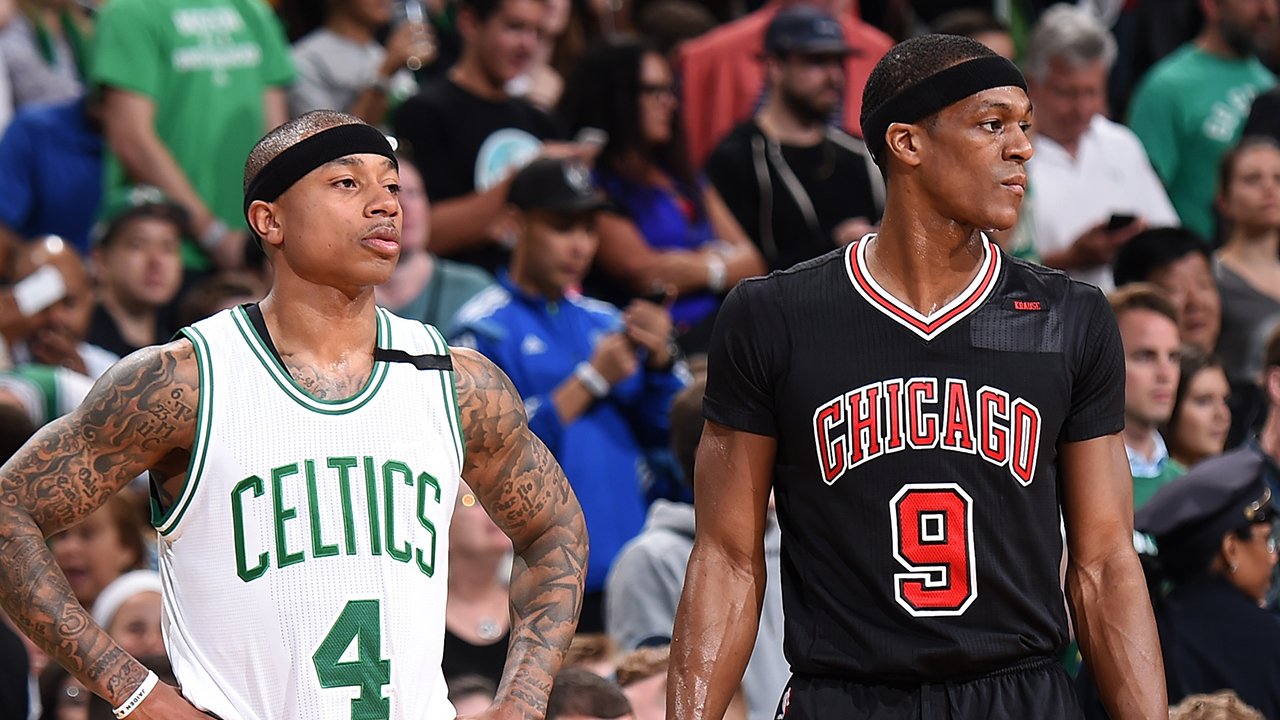 Rajon Rondo believes the Chicago Bulls would have swept the Celtics in the first round of the playoffs if he didn’t fracture his thumb in Game 2.

While on KG’s “Area 21” on Monday, Rondo spoke about the frustration of having to sit out the rest of the series after leading Chicago to a 2-0 lead. Starting at 1:44:

Barkley: How frustrating was it for you to be dominating the Celtics and then getting hurt?

Rondo: It was very frustrating. Especially with the way we were clicking at the time. We had a good chemistry going, and I think we was making some great adjustments in Games 1 and 2.

Pierce: Y’all was going to sweep.

KG: Do you think y’all was going to sweep them if you kept playing? Real talk.

Later on in the segment, Rondo said he sensed that the Celtics were demoralized after losing Games 1 and 2. Starting at 5:20:

KG: The Basketball Gods came back and blessed you. You come into the playoffs, and it’s a whole ‘nother season. And it’s almost like you’re the savior now.

Pierce: I thought legitimately with you, y’all would sweep the Celtics.

Rondo: And I think they knew that.

KG: Until you broke your hand, I was just like [Pierce]—

Pierce: I was like, They’re actually going to sweep the Celtics.

KG: And I was just watching you do what you do best: dissect offense, defense, calling plays, you’re praying in on weakness. You sensed that.