Rajon Rondo on Draymond Green: ‘He Talks A Lot Of Shh’ 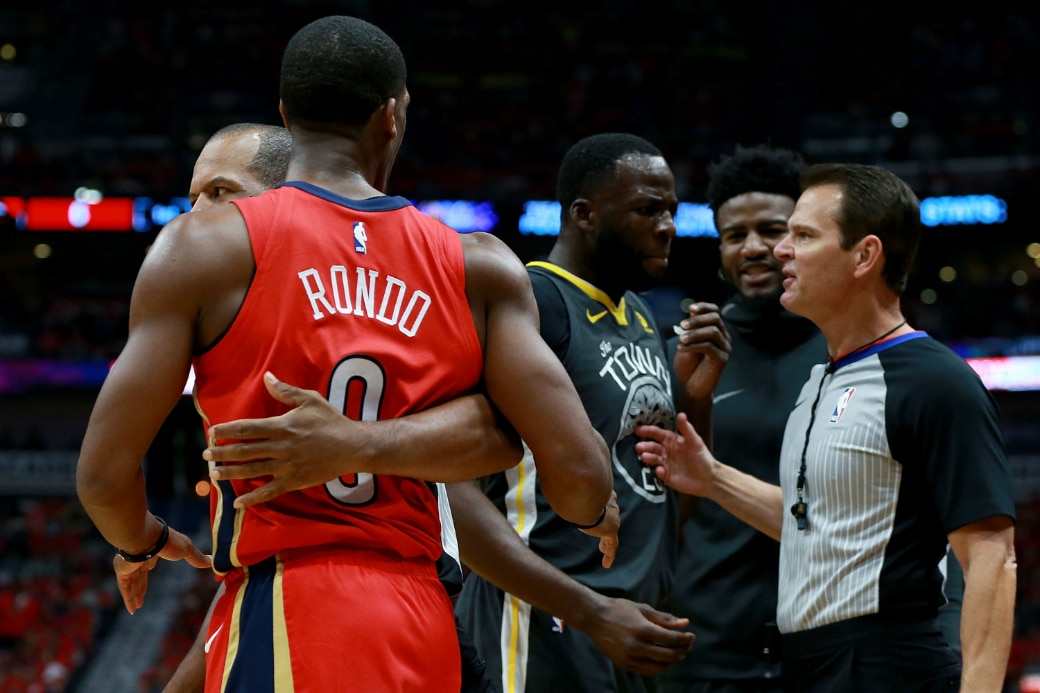 Rajon Rondo ain’t backing down from anyone.

During Game 3 of Pelicans-Warriors on Friday night, the competitive point guard got into it again with forward Draymond Green:

Not even five minutes in and Draymond and Rondo are ready to throw #ThemHands 👀 (via @therendernba) pic.twitter.com/I12r2e7rL6

Afterwards, Rondo told reporters that Dray “talks a lot of shh” and that it’s “natural” for him to respond:

New Orleans head coach Alvin Gentry had this to say about Rajon, via ESPN:

“He’s as hard-headed as they are. I don’t think you’re ever going to see him back down from anyone. He’s an unbelievable competitor, he’s a great team guy, he’s going to stick up for his teammates. He’s just one of those guys — he’s not going to back down from anyone. I understand that, I just tell him he’s got to know when to let it go, though, because obviously it would be a huge loss if we would lose him in a situation like that.”

Rondo dished out 21 assists in the Pels’ 119-100 victory at the Smoothie King Center.

RELATED
Draymond Green: ‘I ‘Aint Try To Bait Nobody … Somebody Has To Tell The Truth’