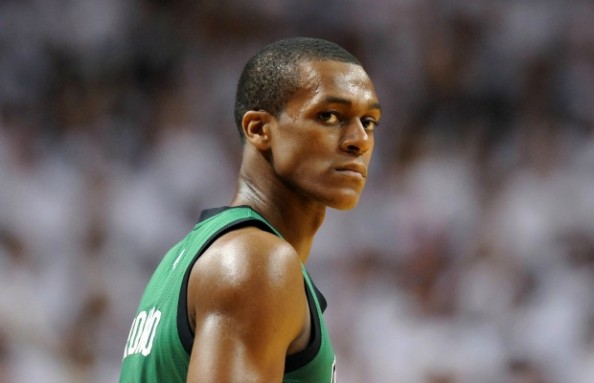 There still isn’t a definitive timeline for Rajon Rondo’s highly-anticipated return to NBA action, but for what it’s worth, the Boston Celtics’ star point guard says it’s getting close.

Rondo wants to ease into things — he might try his surgically-repaired right knee out in the D-League before rejoining the C’s.

“I’m not coming back playing 38 minutes a night,” Rondo said before the Celtics’ 94-82 loss to the Bulls last night. “I will have an impact on the game, but not like I used to have when I first come back.”

Asked if he had a test for himself in mind, Rondo smiled and said, “Yeah, like a 12-minute quarter — straight, you know, see what I can do. But I don’t want to go out there and get fatigued and cause another injury. I want to make sure I’m ready to go and I’m in shape. I’m still getting my endurance, but other than that I’m getting pretty close.”

Along that line, Rondo is open to a rehab trip to the Celts’ D-League affiliate in Maine.

According to GM Danny Ainge, Rajon Rondo came up with the idea of practicing and perhaps playing with the Maine Red Claws, but nothing is set in stone at this point.

The ever-cautious Rondo says that since he hasn’t gone through training camp and preseason after tearing his ACL, the D-League stint would provide him with an opportunity to experience game-like speed before jumping back into NBA action.